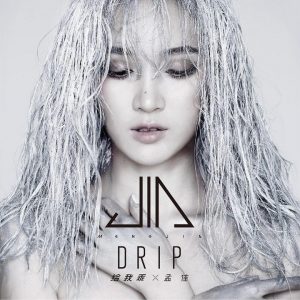 Girl groups have had it hard this year, with the terms disbandment and indefinite hiatus being thrown around, especially in the case of Miss A and 4Minute. The ray of light in these situations shines in the form of soloists –the women who brave the industry on their own to come out with new music and bring back hope to their disheartened fans. Most recently, Jia, formerly of Miss A, and former 4Minute member Jeon Jiyoon, who now goes by Jenyer, have released solo music. These women in particular have used this opportunity to showcase themselves as artists in a different light than that of their former group’s. Becoming a solo artist requires dedication, good timing, and above all else, an identity. Especially for those coming from groups that have been well established, finding yourself artistically is what can make or break an emerging solo career.

Jenyer was a casualty of the now disbanded 4Minute. The group itself was known for very confident, in-your-face releases like “Crazy” and “What’s Your Name?” As though to remind you of where she came from, Jenyer included in her solo comeback a concept video for “Magnet” which at times calls to mind bandmate Hyuna. It’s reminiscent of “Crazy” in the dance portions, but what makes the song unique is that it’s the type of song that was expected after her stint on Unpretty Rapstar 3. The show let her be ‘the rapper’ instead of ‘the other rapper’ and “Magnet” showcased her rapping even more. Not only that, she got to be sexy. Not in an over the top Hyuna way, but in a grown woman, confident way. 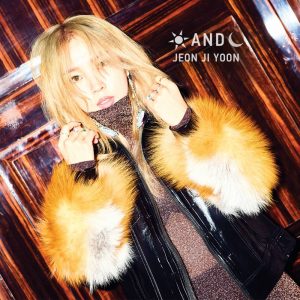 The big change, however, was “I Do,” which was a complete 180-degree turn from the 4Minute vibe. “I Do” was raw and vulnerable, showing Jenyer
in a natural setting with very little, if any, makeup. It’s a very organic, simple video that directly contrasts with the wilder concepts of the former group’s videos. The song itself is beautiful, with Jenyer getting a chance to show off vocals that most non-fans were unaware she possessed. Having the chance to write and self-produce gave Jenyer the opportunity to present a new side of herself and appeal to a wider audience.

With her two releases, Jenyer has done a couple of very important things. For one, she’s lain the foundation for future work by showing her diversity. Secondly, she used “I Do” to show off talents that were previously hidden in order to appeal to new fans, yet with “Magnet” managed to recapture her former audience. By not doing too much too soon, Jenyer is able to build anticipation for future releases and focus on upcoming production value. Basically, leaving 4Minute seems to have been a great move as an artist for Jenyer.

This leads us to the curious case of Miss A. The last album from Miss A was Colors back in 2015. When their contracts were up for negotiation in May, Jia decided not to resign and JYP declared the group would continue on with the remaining members focusing on solo work. Miss A has had a very girl power image. Their album Independent Women Pt.III was inspired by the Destiny’s Child songs of that name. They had the anthem “I Don’t Need A Man” and even “Hush” was about an empowered woman laying out exactly what she wants on the table.

That being said, when member Fei came out with her solo, “Fantasy,” it was a different look and style than what had been previously presented. Though, as a group, Miss A delved into sexy concepts a bit, Fei went all the way there with her MV, which was entrenched in red and purple mood lighting, sexy dances, and skimpy outfits.

The only way to be less subtle here about Fei’s intentions would be if she wrote out “I want you” on a sign and waved it around. There’s a willingness to be open and direct about her feelings here that Fei was able to convey that wouldn’t have quite worked in the group dynamic. Adding the other members would have complicated the mood, or even led to a situation like Mamamoo‘s in which trying to incorporate various storylines created the wrong kind of tension. The song itself is lackluster and repetitive, but Fei made the song hers by owning the concept and rocking with it.

Compare that directly to Jia, who pulled a Kris, Tao, and Luhan, and is focusing on China to further her musical career. “Drip” is a Chinese language pop song that, while generic, still has some decent points. First, Jia has exposed herself to an entirely new market. If the former members of Exo are any indication, then Jia’s decision to focus on the Chinese market will pay off exponentially in the long run. Second, Jia really gets to shine in this song. In “Drip” she is able to show control and stability with her vocals which she didn’t always get the chance to do with Miss A. Finally, we get to see Jia dance. While the video does chop up the dance segments with story, there’s enough to see the power and fluidity in her moves. In previous group appearances, Min was always the member called upon to do any dance related gags or segments.

Jia used this opportunity to create an entirely new persona for herself. On top of that, she’s widened her audience to include a completely new country. While Miss A had promotions in China before, the market was never really explored to its full potential as Jia can now do. Being able to promote completely in her native language also brings a level of comfort and confidence to Jia’s activities that was previously missing. Reinvention as an artist is important in keeping people interested and Jia has used her time wisely in coming up with this new version of herself. 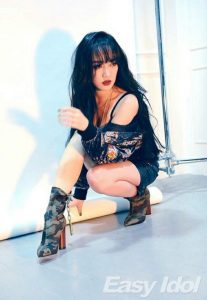 These ladies have already figured out one of the key parts of making it as a solo artist, which is to be different than what you were. What would be the point of leaving a group only to continue doing the same type of music as before? The main point is to be different, yet genuine about it. CL of 2NE1 has made a name for herself as “The Baddest Female” yet when she first began releasing solo music, it was jarring to a lot of fans. While 2NE1 always had the badass image, CL’s adaptation didn’t seem to quite mesh with her personality and so she tends to be a love it or leave it type of person. Yet, she found a way to make it work.

Another key point is to show an artistic range. Jenyer showed how beautiful her voice is and how hidden it’s been before. Another great example would be Hyolyn, who has had a successful solo career but through Unpretty Rapstar 2 she showed another side of herself — that she could rap. Is she going to be hailed as the next Yoon Mi-rae? Not at all. But she was able to present herself as a decent rapper that could write her own lyrics and thus it opens up her appeal to a new audience. That doesn’t always work as there are only so many concepts in the world. That being said, if you’re going to do something that’s been done, you have to do it full out.

While it remains to be seen how far their individual activities will take them, by bringing originality and talent to make a name for themselves, Jenyer and Jia will continue to make headlines. Keeping up this momentum and producing music and visuals that sells them individually as the best versions of themselves is what is vital to the ongoing process. However, they must continue to create and solidify their new identities moving forward and rely on their new selves to take their careers to new heights.