Miss A Seduces with "Hush" 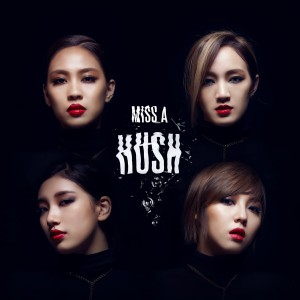 Since their debut with “Bad Girl, Good Girl,” Miss A has put forth an image of boldness. It didn’t matter if they were falling in love, ending a relationship, or declaring their independence. They always went for strong instead of cute.

Unfortunately, their singles since “Goodbye Baby” have fallen on the weaker side, lacking the oomph of their rookie days. While the music video for “Touch” was aesthetically driven, a change from their previous music videos, it wasn’t enough to disguise the fact that the song was lacking. And while “I Don’t Need a Man” stepped it up, paired with weaker choreography than we usually see from them, “I Don’t Need a Man” was disappointing.

But early last month, over a year since their last release, Miss A returned with “Hush,” and it’s clear that they are finally heading back to a stronger sound. Since the track is about a girl seducing a lover, it has much stronger vocals to match the lyrical tone. Against the acoustic guitar and piano, the song opens provocatively. I particularly enjoy when they sing the line “I want you” together right before the chorus. It’s at that point, too, sadly when the song also fails to up the ante.

In light of its lyrical content, with each verse, the song seems to be musically building to a climax. But the music of the chorus is too bare, lacking enough percussion. With each time the chorus comes around, at least it continues to build, but it’s the third time we hear the chorus when it finally reaches the point it should have been the first time we hear it. When listening to “Hush” on its own, it’s possible to get past that emptiness, but watching the music video makes it more difficult.

Without a doubt, this music video matches the undertone of the entire song. It’s all suggestive without ever being direct. The use of water works well symbolically considering the lyrics insinuate sex, and the details of that symbol are fantastic. The shower curtains, a shot of water dripping from Fei’s fingers, the flooded apartment, all of it adds to the mood.

The tone of desperation is further echoed by the other sets of a wrecked, mannequin-filled grocery store and the dank, vacant subway. Even the destroyed lollipop plays off that. After all, no one bites a lollipop unless they really want to finish it and now. And the juxtaposition of this huge, rainbow lollipop, something so innocent, with such a suggestive theme and mood is ironic and a fun pop to mix things up.

The choreography though is the highlight. From the contagion of them ripping off the shower curtains to them getting to their knees in a move reminiscent of their “Bad Girl, Good Girl” choreography, it’s all sharp, fierce, and very much Miss A. An issue I had with “I Don’t Need a Man” was how much the attitude of the choreography, as simple as it was, felt forced. This, though, matches them. They seem much more in sync and simultaneously in tune with the mood of the track, evident especially in their live performances.

But the gap between the building intensity of the vocals and the tone and the subdued nature of the music is much more obvious because of the choreography. A strong dance like this requires bolder music with a more dominant percussion. When they’re dancing, it looks great, but it just doesn’t match the music right.

Another aspect the music video gets right is the styling. Miss A has experimented with a wide variety of styles. “Breathe” brought bright colors and fun, wacky outfits. “Touch” had the brilliant bandage dresses and lovely lace. But my favorite on them has always been the minimalist, monochromatic outfits as in “Bad Girl, Good Girl” and “Goodbye Baby,” which is why this stands out to me so much. We gets lots of black, white and shades of red with these outfits. 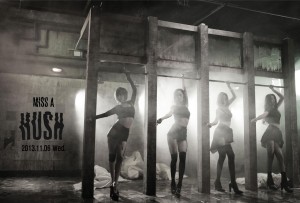 What I love most about this music video is how they’ve taken the everyday “dance in a box” concept and changed it to suit them. It’s not just them dancing in some cool room that doesn’t really make sense with random solo shots and maybe strings of a plot mixed in. Instead, they’re actually dancing in a box — the shower stalls in one scene and the subway bars in another — and using it effectively.

Everything comes together in a well-choreographed and well-shot music video. The performance and execution are exceptional, but they still don’t mask that the song falls just a bit short. Miss A is heading in the right direction though, back to the sound of their debut. Let’s just hope that with their next track, they will have arrived.