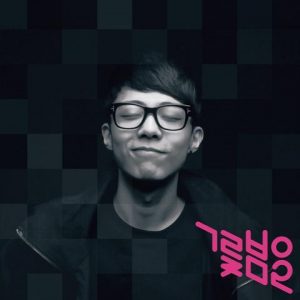 Rapper Giriboy released his single on November 16 titled “Let’s Drink” (술자리). The song is an addition to the rapper’s present collection of uniquely flavoured music, identifiable by his melodic flow and smooth groovy beats. Up to date, he has released six studio albums: Mechanical Album (기계적인 앨범), Sexual Perceptions (성인식), Sensual Album (육감적인 앨범), Lonely 4 Songs (외롬적인 4곡), Fetal Album I (치명적인 앨I) and Fetal Album II (치명적인 앨II). His quirky titled albums are telling of the music he makes, an acquired taste that grows onto listeners as they watch him onstage with his characteristic black-frame square glasses and oversized clothing. The rapper first came to attention when he participated in the Show Me the Money 3. Presently, he is signed to Just Music Entertainment which houses other rappers such as Vasco and recent runner-up of Show Me the Money 5, C Jamm.

The rapper has received his fair share of criticism, especially after being on Show Me the Money 3, for being poor at freestyle or diss rap. But what does matter is that he finds a home in the studio, producing a multi-coloured palette of melodies that are introspective and enjoyable. He certainly seems out of place in a hip hop scene that is distinct for its boundary-breaking, punchy rap styles that give birth to contentious individuals. However, I would argue that if hip hop is about individual style and personal voice, Giriboy has found his way in his versatility as a musician that shines through in how he retains his flavour regardless of the genres of music he dabbles with. He proves that one does not need to yell to find a voice and if this can’t be considered individual style, I don’t know what is.

As much as Giriboy finds his roots in the Korean hip hop scene, his music has always been one that deviated from the strong and heavy rapping of his peers. He continues to shun the label of ‘hip hop’ in his music production and rap style, preferring to produce music that others can sway to rather than headbang or rave to. His new single stands as a testament to this, with his poetic lyrics and captivating melody. He raps with a crisp voice over a background of simple beats.

Drink up the tears
The scars will get washed away
I’ll be fine, it’s alright
Don’t worry

The short phrases flow out with a tinge of resignation and it’s laced with a deep sense of melancholy. I believe it finds a way to weave itself into the hearts of listeners, making me wonder if the supposedly reassuring lyrics of “I’ll be fine, it’s alright. Don’t worry” are really just a façade of being okay.

The lyrics that really caught my attention were:

The icy world
Will melt with this broth
I’ll be fine, it’s alright
Don’t worry 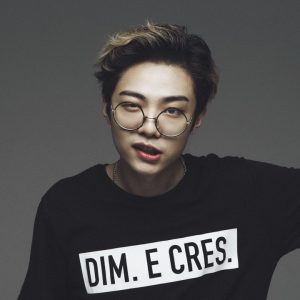 The lyricism in these lines brings out a sense of a blind hope that things will be fine and I cannot help but feel my heart clench as I listen to the rawness of his voice singing them through my earpiece. As I continue listening to the song, I find myself putting it on repeat, captivated by its simple melody, yet establishing itself as a song whose depths go beyond its seemingly plain and thin surface. The song made me think about the way people, including myself, face life by putting on a mask of placidity and find ourselves throwing away our emotions as we work endlessly and trying to show the world we are alright by laughing. All these small attempts are to prevent ourselves from breaking down – what Giriboy conveys as watering the flower of his laughter. I continue to be mesmerised by Giriboy’s lyric writing that manages to infuse itself with a poeticism without being flowery, a feat in itself. He strings the words of everyday to bring out a sadness that finds an honesty through his music.

The song, in its own way, has Giriboy’s unique style of reserved melancholy but at the same time, it deviates from his most recent Mechanical Album that focused on electronic music. Mechanical Album was distinctive in its upbeat techno beats, as in WYBH1 and You’re a Medical. WYBH1, an abbreviation of 우주비행 1 which means ‘space flight’, transports the listener into the realm of outer space with its alluring soundscape that is at once alien yet compelling. The songs in You’re Mechanical lives up to the album title in presenting music that is coloured by its heavy electronic soundscape. Let’s Drink definitely falls away from such a performative style of music. Instead, Giriboy delivers a taste of emotion as its rawest in his newest single. What listeners settle into once they play the song is not an attempt at telling a story through the song. Let’s Drink offers itself as a conversation with its listener, with Giriboy’s assurances coming through over the pensive melody. 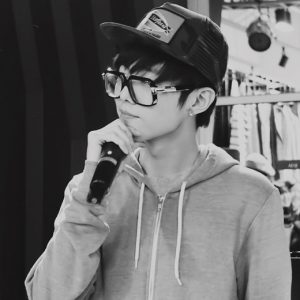 Personally, I wonder if Giriboy’s newest single expressed itself as a facet of the rapper, unveiled to reveal a core of sincerity with regards to his emotions and his music. Stripped away from the flourish of the flashy beats and lyrics, I find Let’s Drink to be reminiscent of the songs Giriboy made back in 2012, in Fetal Album I and Fetal Album II. The new single reminded me of Giriboy’s My Body is On Fire (내몸이 불 타오르고 있어) that was included in both albums – a song that too expressed itself with a bare melody made up of few beats coupled with Giriboy’s laid back rapping. The context of the song is risqué and about having sex for the first time, but somehow Giriboy’s music manages to elevate it into an image of serenity. Another song that came to mind was Different Look (다른꼴) that was in Fetal Album II. The distancing he speaks of between two lovers is imbued with a sadness rather than being uptight and fraught with tension. The melody that floats pensively, overlaid with Giriboy’s soothing voice even as he raps, creates an atmosphere that is perfect for reclining back and listening to his songs as one enjoys a moment of contemplation.

His newest single plays in the background as I type and I find myself transported into a realm of serene silence, contemplative in its own way. I hear his lyrics:

For some reason, I feel like reaching out for a bottle of chilled beer and relaxing as his melodic flow fills up the room.