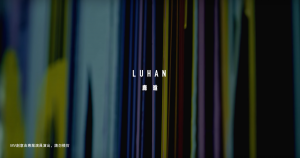 On October 21st, Luhan dropped the lead single “Catch Me When I fall” for his newest EP Xperience. This was followed by the release of “Lose Control” by Luhan’s former Exo bandmate Lay on October 28th for his first Chinese EP Lose Control. The timing of these two releases seems designed to invoke competition and comparison as SM Entertainment again tries to tackle the Chinese market.

The most prominent of the defected Exo members to enter the Chinese market is Luhan, whose discography since leaving EXO in October of 2014 includes 3 EPs and Mainland China’s first platinum-certified album, not to mention four films, a Guinness World Record (most comments on a Weibo post), and fifteen awards including: Weibo Male God of the Year, Beijing International Film Festival Newcomer of the Year, and Chinese Golden Chart’s Recommended Album of the Year. In 2015, Forbes China ranked Luhan at number 37 in terms of annual earnings. This is impressive stuff from the 26 year-old entertainer; no wonder companies and fashion editorials can’t stop using him.

His latest song “Catch Me When I Fall” continues previous collaborations with the producer Santell who has helped him stay on-trend by joining the dancehall-inspired movement first started by Justin Bieber’s “Sorry.” In the Chinese market, this is a smart move because it separates Luhan from his peers who have continued putting out acoustic melodies, orchestral ballads and Chinese instrumentals (see Jay Chou’s “Confession Balloon,” or Wang Junkai’s “Ode to a Tree”). Insofar as “Catch me When I fall” sounds like the hits on the US Billboard’s Top 40 chart, Luhan has a chance of poaching Chinese listeners away from Western artists and pushing them towards his songs – which are nearly identical, albeit with Mandarin lyrics. 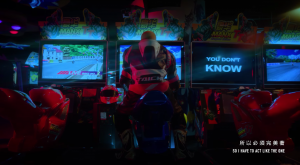 More interestingly, Luhan does not appear in the music video for “Catch Me When I Fall.” Instead we get arbitrarily interspersed clips of a contemporary dancer and a motorcyclist attached to a parachute. It recalls the deliberate nonappearance of Justin Bieber in the music video for “Sorry,” and stands as a testament to Luhan’s individual name brand. Between all the music, film, awards, and commercials, the average young Chinese person has likely heard of Luhan; he need not show his face to be recognized by the public.

In contrast, there is Lay’s self-composed Chinese single “Lose Control.” As a mid-tempo acoustic RnB track, the song ends up being the pleasantly generic epitome of cool and sexy – perhaps the vibe Lay is trying to set with the Chinese public through his debut. Because Lay is still relatively unknown, the MV for “Lose Control” attempts to showcase his dancing skills: he drops sharply on the beat, rolls his hips with impressive dexterity, and occasionally grabs his crotch. As if the audience couldn’t make the blatant connection between Lay’s dance and his sensuality, the video ends with Lay half-naked, moonlight illuminating his toned upper torso. This seems like a trite ploy to lure in fangirls and clickbait headlines; it’s also a sign that SM does not yet have a strong plan for successfully selling Lay’s image in China.

When looking at the two songs side by side, perhaps the most damning thing about both singles is that they are neither interesting nor original. They are both pleasant jams, but entirely fungible: one could easily imagine Luhan singing “Lose Control” and Lay grooving to “Catch me When I Fall.” This is more concerning for Lay who must distance himself from Luhan and silence the inevitable gossip about their Exo history if he is to succeed as a solo artist in China. Nevertheless, it’s good to see SM showcasing Lay’s talent as a dancer – a place where his superiority over Luhan is clear – and letting him open his own studio in the country. But it’ll likely be problematic if SM does not have the patience to let Lay slowly develop his career. The company should consider how his schedule will overlap with EXO’s promotions in Korea (the boy has already collapsed once), and they should refrain from stunting his solo career by pushing all of EXO in China too aggressively at this stage.

There are, however, routes other than music that SM can channel Lay’s talents into. As in Korea, mainstream popularity for celebrities in China is established by taking part in movies and TV dramas. Most singers dabble in acting on the side; Luhan’s first leading role in the fantasy historical drama Fighter of the Destiny will be released in 2017, and it’ll probably continue to accelerate his relevance and popularity. Considering that SM secured a lead role for Yoona in the hit Chinese drama God of War, Zhao Yun, they may also be able to push for Lay’s appearance on TV. Yet, one also wonders if following in this conventional path to stardom means Lay will be seen as playing second fiddle to Luhan. 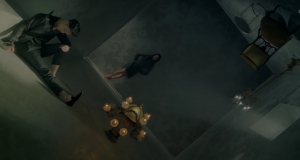 An alternative for SM may be to collaborate not with bonafide Chinese stars, but rather with the new breed of internet celebrities that are taking the Chinese blogosphere by storm. There’s Chinese Olympic swimmer Fu Yuanhui who could be used as a dorky MV love interest to spark nationalist pride and draw immediate public attention; or there are online fashionistas like Zhang Dayi who may be persuaded to do style vlogs with up-and-coming stars like Lay which will allow him to pique the interest of millions of young women across China. The goal, no matter the course pursued, is to expand Lay’s appearance by pushing him beyond his established role as a singer-songwriter-dancer.

For now, I’ll keep placing my bets on Luhan’s fame; SM has stalled in China too many times for me to have much hope for Lay. Plus, I want to see a man who can win by keeping his shirt on. Let’s keep it classy now.

Readers, who do you think will have the brighter future in China?