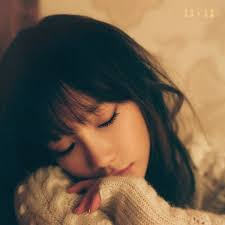 Taeyeon is back once more! She was the first member of Girl’s Generation to go solo, and by far the most interesting, in that her solo releases have been distinctly not Girl’s Generation in a way many idol soloists struggle to achieve. Her latest comeback, “11:11”, is another excellent notch in her belt, and easily her best work yet.

“11:11” provides a genre shift from both the electropop of “Why” and the alt-rock of “I”. Instead, Taeyeon delivers a folksy acoustic ballad that is painfully gorgeous. The construction is flawless; there is nothing that could be improved on. Taeyeon truly outdoes herself here. Her vocals are right at the top of the mix, where they should be. As much as I adore the gentle but firm instrumentals, if they suddenly dropped out, “11:11” would still stun.

The song doesn’t give her a vocal workout, but on an emotional level, this is pure power. A song of loss, and the difficulty of facing that loss late at night and on important days, when you just want someone around. And Taeyeon faces that challenge head on, constantly sliding from the joy of love, to pain of its’ loss, to the knowledge that she can’t get it back. It’s enchanting and addictive, making the audience hurt while simultaneously soothing their pain.

The production  is nothing to sneeze at either. “11:11” has pulled off the impressive trick of sounding stripped down, yet lush and rich as well. The instrumentals utilizes real guitar and drums for a warm, gooey sound that melds with the colder pieces of piano to mirror the songs lyrics: old memories of love and the stark reminder that the source of warmth has left your life. It sounds genuine and raw, balanced with Taeyeon’s tinge of acceptance and heartache in equal parts.

The MV is equally beautiful. Simple– Taeyeon reminiscing about her lost love– but powerful. She is as unstable in her head as she is in her emotions. She’s in the present, mourning her relationship, and reminiscing on the good times they had. However, she dwells just as much on the end of the relationship; the silences and the fights. It allows “11:11” to feel more real than many break-up MVs, as it admits that the relationship ended for a reason, and that its’ probably for the best despite hurting like a bitch. Moreover, “11:11” pulls the audience in and makes them acutely feel everything shown, despite it being an old and familiar tale. This the power of good cinematography. 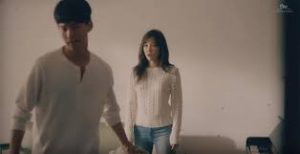 K-pop MVs are rarely lauded for their  technical skills, but no joke, “11:11:” is a film student’s wet dream. Not mise-en-scene-wise either; the on-screen content is fairly standard, though effective. No, what keeps blowing me away is the use of technical film tools that are rarely seen in MVs. The sliding transitions from past to present show the memories haunting Taeyeon. The use of chiaroscuro lighting techniques to highlight the failings of the relationship Taeyeon is longing for. The rack focus to show the audience where Taeyeon is mentally; the past or the present. This MV was legitimately shot like an arthouse film, and the subtleties and grace added as a result are breathtaking.  The camera is just as capable of communicating to the audience as what happens in front of it, and to see an MV utilize that for once is incredible, both in groundwork laid and the end product.

“11:11” is amazing, both in song and MV. These are works that will stand the test of time, touching audiences years from now with pain and longing, both raw and subtle.