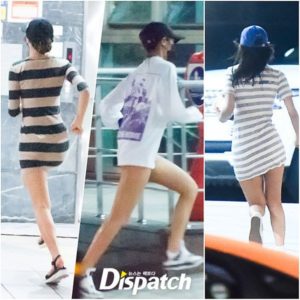 After countless hours of patiently waiting, the beast finally appears. She is cautious, but her daring is her ultimate downfall. She’s been spotted at this location multiple times before. She must know that an ambush may occur at any moment, yet she risks everything to be here.

She quickly scans her surroundings and after a moment’s hesitation, she leaves her hiding spot and sprints into action! The way she moves is majestic, every step is full of grace. The sight of her fully upright figure is dazzling, her magnificent stripes magnifying the beauty of the creature in flight. Her stunningly long, bare legs move swiftly, yet it is no match for the precision of the hunter’s weapon. Under only the meager cover of her protective mask, she stands not a chance.

Ten rounds fired in less than two seconds. The hunter stares down at his prey, satisfied at the result. He puts away his belongings and sits calmly, waiting for his breathing to return to normal. He’ll have several phone calls to make before the night is over. Negotiating between prospective buyers isn’t easy but this wouldn’t be his first time. He knows that the going rate for his newfound spectacle will be quite astronomical.

Dramatic narratives aside, my ambivalence towards the paparazzi and the media outlets that empower them runs deeper than the cat and mouse game described above. It makes a business out of destroying the livelihood of public figures and reinforces a culture of sexist double standards. This practice of making money from the misery of others is highly unethical and is the lowest form of news reporting. 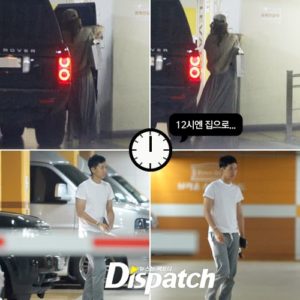 When I refer to the paparazzi, I’m not specifically targeting the handful of freelance photographers who partake in it, though they are surely complicit. I’m mostly addressing the paparazzi media which make this a lucrative venture, namely Dispatch and Sports Seoul. I will not be going into how the Korean paparazzi operates or the set of professional standards and ethics the paparazzi media abide by. For detailed information on this matter, please check out this excellent Radiolab podcast (which features Seoulbeats’ editor-in-chief, Leslie).

I’ll also be referring to the paparazzi’s targets as ‘idols,’ even though idols aren’t their only targets. However, idols are specifically targeted by paparazzi because they generate greater buzz. My arguments will be made specifically with Korean idols in mind but many of the principles may apply to non-idols and non-Korean celebrities just the same.

1) Idols are further dehumanized and treated as prey.

Without going too much into idol culture, it’s common knowledge that agencies generally enforce dating bans on idols to uphold the illusion that an idol is single and thereby potentially capable of fulfilling some unobtainable sexual or emotional attachment that’s being directly or indirectly sold to the fans. By marketing an idol as an ideal figure, it dehumanizes them by forcing him/her to uphold extraordinarily high expectations in the public eye. The consequences of shattering this illusion by getting caught in a dating scandal can be detrimental to an idol’s career. There hasn’t been any incidences of shaved heads in the Korean idol scene, but forced apologies and long hiatuses are certainly not uncommon penalties for being outed for dating. 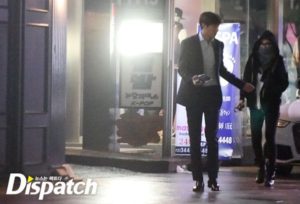 Since the 2010 inception of the paparazzi media in South Korea, there has been a significant rise in the reports of idols dating. With the paparazzi impeding on their privacy, idols are in the limelight more than ever and have even less of a private life than before. They must be extremely careful when they’re outside, not knowing if there’s someone in a nearby car tracking their every movement. And if an idol happens to be photographed rendezvousing with someone of the opposite gender, there will surely be a price to pay.

In the eyes of the photographers and the publication teams who are involved, idols are simply walking buckets of money. They’re big game that are meant to be hunted as prey, deprived of their dignity, and propped on the front page of every major news outlet. It’s tough enough to be an idol with the rigorous schedules and endless training, but to also be devoid of a private life and to have one’s intimate moments captured by a stranger who is out to make a buck at the idol’s expense, that’s surely enough to make someone want to quit being an idol. It’s insulting, it’s dehumanizing, and it reinforces an unhealthy notion that idols shouldn’t be allowed to date and have private lives.

2) It lowers an idol’s earning potential. 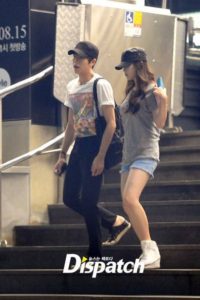 As mentioned, idols are normally forced to take long periods away from the spotlight after getting into a dating scandal. The time off is meant to be a ‘reflection period’ for an idol to deliberate on his/her actions and to come back an improved person, as if they committed some horrible transgression. This has a significant impact on an idol’s livelihood because idols generate a lot of their income by appearing and performing in public. Needless to say, an idol’s earning potential becomes severely limited when he/she is on hiatus.

Furthermore, dating scandals may also hurt an idol’s livelihood in the long run. Having his/her perfect image shattered, an idol will naturally lose fans who relied on that fantasy. Less fans means less merchandise sales, less revenue from concerts and public performances, and less overall exposure to the public. Ultimately, it tarnishes an idol’s image and diminishes his/her public perception. This is by far the biggest blow because public perception is an idol’s bread and butter, especially for female idols.

3) It hurts the earning potential of female idols much more than it hurts that of male idols.

This is a complex point that plays into which idols are the most highly targeted and it has to do with how female idols are promoted differently from male idols. It’s well known that male idol groups tend to have extremely zealous and dedicated fanbases. Therefore, they make much of their money out of holding concerts, engaging in fan meets, and selling merchandise. When a male idol is exposed for dating, he may hurt his group temporarily but the other members make up for it. He eventually returns to his role in the group and they continue pandering to their dedicated fanbase for a steady stream of income. 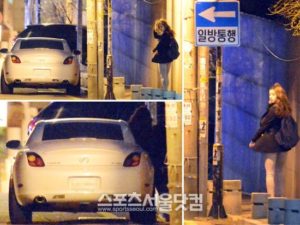 Most female idol groups do not benefit from having a dedicated fanbase so their money comes largely from public exposure and gaining commercial deals, or CFs. In fact, it can be argued that the female idol group is mostly used as a vessel to boost the popularity of a few select members so that they can gain more commercial deals and become prominent advertising models — also known as CF queens — generating much more revenue than the group ever could by performing or selling merchandise.

When a female idol, in particular a CF queen, is exposed for dating, she loses a huge chunk of her CF deals and will not likely ever regain the earning potential she had before the scandal. Hyeri of Girl’s Day is a rare exception in which she has exceeded her earning potential after her dating scandal but that’s because she was exposed long before she became a CF queen and even then it took her a long time to recover. Because of their enhanced public exposure, CF queens are the most in demand targets for the paparazzi, making their downfall all the more triumphant and sinister for those who orchestrated it.

First they nabbed SNSD’s Yoona to kick off 2014. Then they got miss A’s Suzy followed by IU in 2015. EXID’s Hani was their 2016 new year’s day special. And now they’re parading around their most prized possession of all, the reigning CF queen, Seolhyun of AOA. The fact that they caught her with a prominent male idol, Zico, is like icing on top of the cake. That’s pretty much the cream of the crop. The next biggest game on the list would be if they bag Hyeri a second time, or someone from Mamamoo or Twice. But those are practically b-list idols when compared to Seolhyun.

4) It feeds into a sexist double standard when it comes to dating scandals. 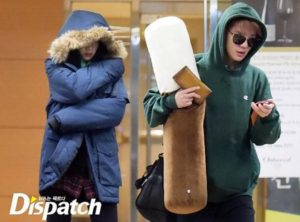 It’s always the females who get the sharp end of the stick when it comes to dating scandals. The male idol’s legions of rabid fans will immediately jump in to defend him and hiss at the female idol for being a seductress while simultaneously harassing her endlessly online to the point where she has to remove herself from social media.

It seems like no matter the situation, the female idol always gets the marred reputation and the male idol walks away relatively unscathed by comparison. This may be no fault of the paparazzi itself but the content they provide feeds into the frenzy and enables this sort of thing to occur more often. The emotional turmoil of losing fans and coming under attack by other fans, combined with the financial blow and lowered career prospects makes this a truly tough situation for female idols, making them the clear losers in all this.

5) An entire industry is based off of bringing misery to others.

The reason this exists in the first place is because there is a lot of money put into it. There is clearly a large public demand for these kind of stories and it can be argued that the paparazzi is simply there to fill the void. After all, if you were getting paid these type of dollars for a single photo, wouldn’t you try your hand at it? 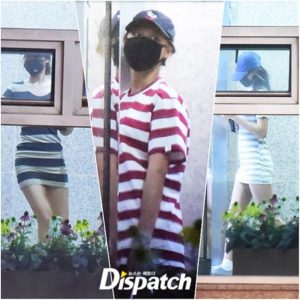 I believe the fact that individuals and corporations are getting rich off of this makes it even less ethical. It puts them lower on the ethics scale than hacktivists because at least hacktivists cause mayhem and despair with their ultimate goal not being financial gain. Paparazzi bring misery to people because it’s their job. They have created a livelihood out of destroying the livelihood of others. That makes them the lowest of the low because the only way they earn a living is by raining down a cloud of torment on someone. I’d hate to have to write the mission statement for that company.

In conclusion, there are many things to hate about the paparazzi but in the end it’s a clear matter of personal choice. If you gravitate towards this sort of news and continue visiting the outlets which provide them, there will always be a demand for it. We’re all guilty of it but that doesn’t mean we can’t change. Keep your browsing of celebrity gossip to a minimum and, against all of your body’s natural inclinations, don’t click on posts with juicy celebrity headlines, much like the one you’re reading now.

Readers, what are your two cents? Do you love or hate the paparazzi? Do you believe what they’re doing is ethical?