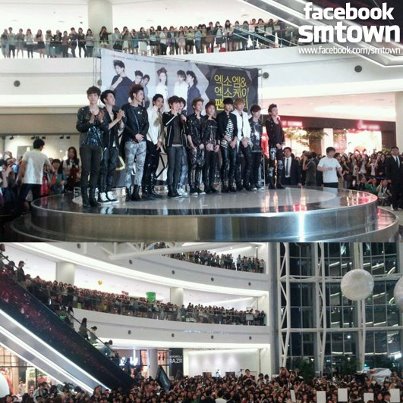 We’re all familiar with one of the downsides to K-pop: its fans. They’re zealous, overprotective, delusional, and defensive. Of course, not all fans are like this, and you can quite easily find some sane K-pop fans to bond with, but it’s even easier to discover the psychotic fans that will rip you to shreds for even thinking something bad about their idols.

When you’re involved with K-pop, you quickly learn that the best way to deal with the overzealous fans is to ignore them or deal with them as rationally as possible, but even then they’re hard to ignore or deal with. There are some things that K-pop fans do that annoy me, like dumb jokes and nicknames, but rarely so much that I complain about it. However, I’ve recently been inspired by Exo’s fans to write this article about inappropriate fan behavior.

First off — not all Exo fans are insane. I know quite a few lovely Exo fans that are very easy to get along with. However, in my experience, I have found that many of Exo’s fans are tragically obnoxious and already three months into Exo’s debut that have managed to top my list of Least Favorite Fandoms. They haven’t committed a public scandal yet but that isn’t to say they’re well-behaved. In China, the US, and the UK, Exo fans have put forth some bad behavior that left me angry and caused me to reflect about inappropriate fan behavior. Inappropriate behavior like mobbing your idols at an airport, stalking them, and saying rude, offensive things to them. 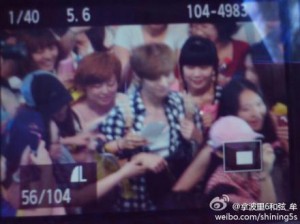 Let me explain the last one for those not in Exo’s fandom: Exo fans have many, many nicknames for Exo members, and it’s become very commonplace for Kai to be referred to as a “slut” because he has a tendency to be sexy onstage. Kai is not a slut. He’s not a slut at all, and anyone that has watched fan cams or interviews of him can tell that he’s actually very shy and awkward. Beyond that, “slut” is degrading and offensive and never OK to call anyone, especially when a person just reveals their shoulder’s onstage.

Meanwhile, Lu Han is referred to as a “whore” because he’s good friends with many of his teammates and is affectionate with all of them. Calling Lu Han a “whore” because he’s friendly with members other than Sehun is disgusting and extremely disrespectful. Poor Sehun, on the other hand, is outright bullied by Exo fans. Exo fans don’t mean any harm in it, truthfully, but that still doesn’t make it OK to mimic his lisp. Mimicking a person’s speech impediment is a form of bullying and is never an appropriate thing to do. Yet, because Exo fans find Sehun’s lisp so endearing, they refer to him as “Thehun” and make macros about it. If this wasn’t bad enough, fans took it a step further and called Sehun “Thehun” to his face in England during Exo-K’s stay there.


This fan cam shows Exo fans harassing Exo-K in England, yelling  “Thehun” and “Sekushi danshin masheen” at the members while invading their personal space. Witnessing a celebrity experiencing this type of behavior is disgusting but sadly normal; what annoyed me the most was how the girl taking the video yelled out Exo’s “nicknames.” Fandom inside jokes are inside jokes for a reason. The fans’ behavior in this fan cam was entirely disrespectful but their behavior wasn’t exclusive to them only. Other fan cams of Exo-K around London 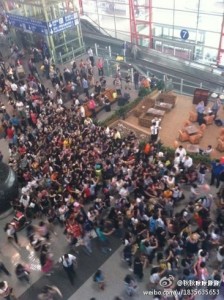 showed fans obsessively following them and harassing them, getting right up in their faces and invading their privacy. Exo-K, for their part, took it very well, although it was extremely obvious that they weren’t pleased. Kai looked like he wanted to punch someone in the face.

This behavior isn’t just privy to English fans, though. When Exo was trying to enjoy some downtime in Disneyland, they instead found themselves harassed by fans that stalked and filmed them. Fan accounts told of fans yelling “HunHan” and “Ayo waddup Krees,” among other things. I felt extreme amounts of secondhand embarrassment and shame at these fan’s behavior. Also, in China, Exo-M is frequently put through bad situations as a result of their fans. Whenever they go to the airport, they ware absolutely mobbed by fans. One instance was especially bad, when the fans swarmed Exo-M, shoving them and touching them. Lu Han had got separated from the others at some point and as a result got the worst of it, having almost been knocked down at one point as shown on fan cams.

Exo is still a rookie group and their fandom is still in its infancy, so it’s very disappointing to see them display this type of behavior so soon. I’ve never seen a fandom so ready to macro, gif, and harass everything their idols do. Bad behavior can be found in other fandoms but it’s disheartening to see Exo’s fans get a bad reputation so soon. For their sake as well as Exo’s, I hope they mature and begin respecting their idols’ privacy and feelings.