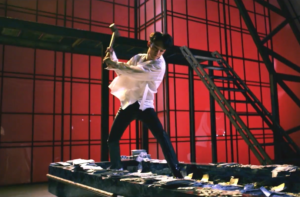 Following their third studio album EX’act this June, Exo is back with the album’s repackage, “Lotto.” If Ex’act was an upgrade of Exo’s sound — an experimentation that paid off relatively well — then “Lotto” becomes it’s foil. “Lotto” visually attempts to take a lot of what made “Monster” work so well, but takes a serious misstep in the actual song production, leaving the comeback overall feeling like more of a generic downgrade than a continuation of Exo’s maturity.

“Lotto” is Exo like you’ve never heard them before. No, really. The members — save Chen and Chanyeol — are autotuned to such an extent that they are practically unrecognizable. SM productions are no stranger to autotune; Super Junior owes some of their biggest successes to the effect. Even Shinee went through an autotune phase with the classic, “Ring Ding Dong.” The issue is that both group’s autotuned releases hit the scene when autotune was trendy and new. Now though, autotune is dated. It makes me wonder exactly what provoked SM to alter the vocals so intensely that I can’t tell the difference between Baekhyun and D.O. — who are both competent vocalists with distinctive colors.

However, this is SM (and Exo-L) we’re talking about here; you don’t have to like “Lotto” to like “Lotto.” This became no more apparent than when the track dropped ten hours before the MV, giving fans plenty of time to lament the excessive autotune while trying to figure out which member was singing at any given point. I don’t think this was done on accident, either. Based on the not great initial fan reactions, delaying the MV gave the fanbase something to look forward to, even in the face of disappointment. Did the MV save the comeback? No. But did it improve it significantly? Sort of.

Perhaps tying in to the story of “Monster,” the Exo members find themselves once again living a life of crime. SM got a little carried away with the concept, and didn’t hesitate to throw in as many symbols of gambling as they could, from chips on the table to money falling from the ceiling. The cockfighting is certain to raise a few eyebrows, as is the plot itself. Furthermore, none of the depictions are really accurate, much like the track’s main metaphor.

Like in “Monster” we don’t really know if the members are the good guys or not; we don’t even know why the girl has been kidnapped, nor why Chanyeol slips her a cassette tape during his arrest. What we do know is that the members have a lot of money to burn, a strange fascination with roosters, and a penchant for getting themselves arrested en masse. 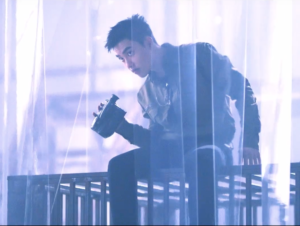 There’s also a lot of potential symbolism — like the cocks in the cage being switched out with humans as Baekhyun looks on and D.O. films — that is never fully fleshed out. SM always seems to struggle with plot when it comes to Exo, like they’re so anxious to make the members look as cool as possible that they forget how to actually tell a story.

Or, more accurately, SM doesn’t have to worry too much about plot for the MV to be successful. Because the aesthetics are cool, the members look good, and the MV gives hints of what looks to be some pretty promising choreography. More than anything, fans are watching to enjoy the way Baekhyun bites his lip and Lay thrusts his hips in a slot machine motion.

Amid the lackluster plot, there certainly are a few highlights: Sehun‘s booty dance breakdown; Suho standing atop a pile of money before setting it on fire; D.O. smiling entirely too enthusiastically at chickens (cue the dirty jokes); and my personal favorite, Chen casually sipping wine at gunpoint. Plot clarity be damned, all these shots give the MV a character that unfortunately the track itself couldn’t replicate.

For a track that is all about grandeur, “Lotto” is remarkably generic. “Lotto” frustrates me in that it had so much potential — great beat, good vocal lines, catchy pre-chorus — only to fall victim to poor post-production choices. “Lotto” is all about showing off luxury, so why did SM go for perhaps the most tacky effect in the book, second only to the whammy pedal? The autotune strips the track of a lot of it’s dynamics, leaves the vocals both loud and flat. It takes all the potential the song had, and turns it into something uninspired. It’s stripped the track of any trace of Exo — and that is it’s greatest weakness. 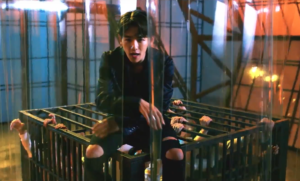 I’ve always praised SM’s production; they take risks, play with genres, and know how to get the most of out of post-production. However, “Lotto” has me shaking my head, wondering what exactly provoked SM to think this was the best the track could sound.

Despite the huge misstep with the autotune, I almost hate to admit that I do like “Lotto” in a nostalgic, masochistic way. It makes me want to dust off my T-Pain and Ke$ha playlist, and potentially attempt to dance along. It also has me mumbling nonsense opulent phrases like “Chateau lipstick wine color” and “High end champagne bubble shower” while I walk down the street. “Lotto” sticks in a way that “Monster” never did for me.

The release is catchy. Unfortunately so, because it’s not satisfying in any way because of Exo’s own merit. “Lotto” is catchy because it follows a familiar formula that works; and literally anyone else could sing this song and it would sound the same.

A year ago, during the “Love Me Right” repackage, I said that Exo was bordering on being only a trend group if they didn’t hone in on something distinctive soon. Unfortunately, it seems that SM is no longer throwing a variety of genres at Exo to see what sticks, they’re simply throwing anything at the group, period. What’s even more confusing is that — unlike “Monster” and “Lucky One” — “Lotto” was written specifically for Exo. Kind of ironic that it was written to show off the best of the group, and then produced to the point of taking away anything identifiable about the group’s vocals themselves. I can’t tell if SM is not trying at all, or trying too hard.

“Lotto,” in short, is a frustrating return for Exo. The potential is there, the MV execution is quality, but the track itself fails to do the group any services, aside from giving a nice beat for them to dance to. Frankly, it’s half-assed. The world may never be ready for the majesty that was “Wolf,” but in the case of “Lotto,” the world has already heard this song countless times before. There’s nothing risky, new, or even artistic about it. 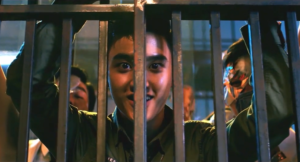 Fortunately, for those like me who miss the Exo aspect of the release, the repackage comes with an additional two tracks (pretending the “Monster” remix does not exist). “She’s Dreaming,” with lyrics penned by Chen, is the kind of bittersweet ballad that showcases the vocal talent of the group. On the flip side, “Can’t Bring Me Down” brings back those old school Exo vibes of “Two Moons” to keep the energy high. I understand why neither were released as the single, but they are both arguably much stronger listens than “Lotto.”

So, congratulations SM. You’ve managed to make me both like and dislike a release at the same time. Mostly, you have Sehun’s booty dancing — and Chanyeol’s “popcorn” in the Chinese version — to thank for that.

Readers, do you also have mixed feelings about “Lotto”? Are you looking forward to the dance version?