Beast is Safe with "Highlight" 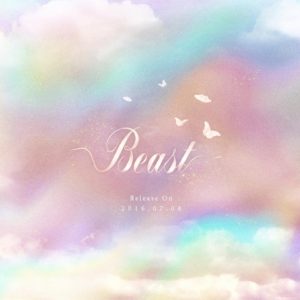 Making a comeback a year since their last release, Beast returned at the start of July with their third studio album, Highlight. Between now and the release of their previous mini album, Ordinary, a lot has changed for the Cube Entertainment boyband, most notably the loss of member Jang Hyun-seung. Regrouping since the saga, nevertheless, Beast continues as a 5-member band, striving on into their eighth year together.

The album kicks off with a self-titled introductory track that is suitably upbeat. With lyrics about living in the moment and treasuring one’s youth, “Highlight” easily nestles itself at the back of its listeners’ minds with its beat drop and addictive instrumental riff in the chorus. It first begins with the strumming of a solo rhythm guitar, joined by the bass guitar and drums in the verse; but these quickly give way to a more electronic chorus mix, providing a nice contrast to the verses. The repetition of the words “hot and fun” also somehow manage to worm their way into listeners’ subconscious in a slightly annoying but undeniably catchy way.

Following on from this first track, the rest of Highlight focuses on the theme of romantic love. Be it unrequited love, break-ups, or simply being happy in love, the remaining ten tracks of the album are all about romantic relationships. The first half of the album comprises mostly of lovelorn and slightly angsty tracks, with the album’s title track, “Ribbon”, marking the start.

I want to tie us up prettily again, our ribbon which has come undone

Pulling each other with full strength, and tie up our love

Tie up a ribbon, so it will never untie

Tie up a ribbon, so we will never let go of each other 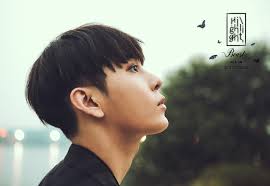 About a relationship that ended despite how deceivingly happy lovers may have seemed on the surface, “Ribbon” was conceived by Jun-hyung when his hotel bathrobe had come undone one evening in Japan, while on tour. Inspired by how easily the knot had come undone, the song was borne. Musically, “Ribbon” makes use of a rather standard mix of synths and drums. It also follows the tried-and-tested sequence of verse, chorus, and rap, with Yo-seob helming the climax.

Within this first half of the album, the sixth track, “Curious”, stands out with its interesting lyrical perspective and tuneful guitar lick. Even though the song circles around the fairly cliched theme of being unable to let go of a lover, the lyrics frame this idea in a slightly different manner. Instead of using the word “missing”, the heartache and desire is expressed through the idea of being “curious”. This diminishes the tendency for music to romanticize heartbreak, and instead, presents this inability to let go of a relationship as a dull ache rather than an overwhelming sense of loss which is common in love songs. In this way, the track is made more realistic and relatable, hitting the nail on the head with its delivery.

I close my eyes and think about you

Even if I recall about you all day long

It’s not enough, I want you to be by my side, my baby

I keep on being curious about you again 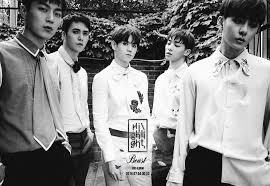 But while it is able to somewhat distinguish itself from the other songs, “Curious”, too, follows a similar musical structure. Perhaps also because of the repetition of this familiar structure and sound, Hyun-seung’s absence also becomes glaringly obvious. Where in the past, Hyun-seung’s part usually came in in the verses and at the end of choruses, his distinct, slightly nasal voice used to give Beast’s songs a unique, added dimension. Now with his departure from the team, the familiar structure and production sound of their songs serve to emphasise Hyun-seung’s absence.

The second half of the album features more optimistic love songs. Junhyung’s solo, “Found You” and the duet, “Baby It’s You”, by Gi-kwang and Doo-joon sing praises to their respective lovers as they wonder how on earth they got so lucky in finding their soulmates. Yo-seob’s and Dong-woon‘s solos, on the other hand, are all about the shy, fluttering moments of an almost-couple – nervous excitement, blushing, and stolen glances – you name it, they’ve got it.

I’m imagining you over the phone

You, who aren’t answering, what will you say?

In this second section of the album, however, while the solos and unit tracks give the members a chance to shine, none of the songs were truly outstanding. all four tracks were, unfortunately, rather commonplace, even if they were very pleasant to listen to. 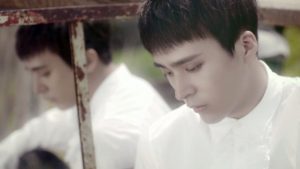 Nevertheless, of all the solo and unit tracks, Dong-woon’s solo is perhaps the most surprising. Jun-hyung and Yo-seob are no strangers to solos, having released their own solo albums before, and Doo-joon and Gi-kwang have always been the two most prominent members of the band, having had several solo endeavours outside of music as well. Dong-woon, as the maknae, has always been somewhat on the quieter side, with markedly fewer solo activities than the rest. So it is a very nice surprise to see him release a solo track – and a pretty good one, too. “I Give You My All”, is a track that Dong-woon sings almost all the way in falsetto, and while Yo-seob has always been the singer of the group, it is nice to see Dong-woon get his due spotlight. Hopefully, this could be the start of more of Dong-woon’s musical endeavours.

Finally, the album wraps up with an outro, “Goodnight”. A sweet serenade, it is the perfect ending to the album as Beast tells their lovers to rest from the hardship of their days and get a good night’s sleep. With a slow jam beat and warm vocal timbres, “Goodnight” brings Highlight to a close.

Overall, I personally feel that Highlight succeeded in presenting an album that is uniquely Beast, but failed to bring anything new to the table. As a group, the departure of Hyun-seung inevitably modified the sound of their music, and to a certain extent, the dynamism of the group seems to have diminished a little. As the first album that Beast produces as a 5-member group, Highlight also served to emphasize the importance of and the unique quality of each and every member – and in doing so, also highlighted the absence of Hyun-seung. Nevertheless, here’s to Beast’s success as a 5-member team, and hopefully, greater growth as musicians in their upcoming albums.