iKON Prove That They are Boyfriend Material in "#WYD"

After a series of adorable teaser photos were uploaded on iKON’s official Facebook page and after that signature YG ‘Who’s Next?’ teaser, iKON is back with the digital single “#WYD”(short for What You Doing) and it has already topped both local and domestic music charts despite being a fresh release from a rookie boy group. Quite similar to when iKON first debuted with the pre-single “My Type”, “#WYD” sheds all aspects of iKON’s bad boy routine and strips them down to their romantic, boyish image by resonating the voices of possibly every straightforward, unabashedly lovesick male out there.

The song kicks off–rather, gently caresses you–with a roll of melodic piano lines that might signal the start of some dramatic ballad worthy of a K-drama OST. Eventually, listeners are ushered in to the kind of signature sweet R&B style that YG Entertainment has somehow mastered over the years. The catchy saxophone that echoes after the lines oneul mwohae and naeil mwohae was a pleasant surprise considering how brass sounds are often a staple in more hard-hitting or more upbeat tracks. For this song however, the saxophone added a touch of cheekiness to the collective instrumentals similar to the way those subtle guitar lines in “My Type” added a charming vibrancy to the song. 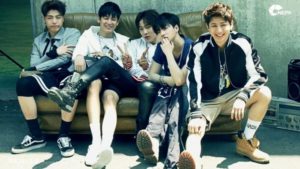 However, unlike “My Type”, “#WYD” made full use of the group’s ever-maturing vocal line–aka literally everyone else who is not B.I. or Bobby. Donghyuk and Jinhwan continue to impress with their higher vocal ranges while Junhoe is showing us a softer side to his voice by toning down on his signature vocal gruff. Meanwhile, despite how Yunhyeong’s voice has proven to be more appropriate for emotional, rock-like jams, he also turns it down a notch and just like Junhoe, exhibits a charming mildness to his vocal tone. Lastly, maknae Chanwoo is finally getting more lines and while there’s definitely still a bit more room for vocal improvement, it’s good to know that the line distribution in this song is a lot more even out (and no one’s delegated to just singing a couple of background ad libs anymore).

Lyrics-wise, “#WYD” exudes the same kind of boyish charm of “My Type”–an attempt to be mature and manly through straightforward attempts of asking their lover what they’re doing and if they want to hang out.

The music video in a way reflects this kind of romantic boyfriend image as the overall color tone of the video is a lot softer and leaning more towards a spring-like, muted pastel vibe. Through the cliched slow-mo effect, we see the guys interact with their respective girlfriends and each member shows off the kind of boyfriend that they would be through the different ways that they spend time with their girlfriend. From the playful type as exhibited by B.I., Yunhyeong, and Bobby to the more gentle and sweet type as depicted by Jinhwan, Donghyuk, and Chanwoo (interestingly, Junhoe is not seen interacting with any girl), it is at most quite bordering on fanservice and can seem to only win over the hearts of more fangirls.

Despite how the music video might induce some serious cringing on the part of certain fans, one cannot deny how impeccably natural the boys were with acting alongside the female lead. It was almost rather voyeuristic to a certain point because it felt like the viewers were literally peeping into the lives of actual couples who were just enjoying themselves. This is quite refreshing coming from a hip hop-based boy group when most boy groups who do promote with a hip hop image usually rely on overtly toxic masculine concepts by exerting a particular sense of dominance over the object of their affection. iKON however subverts this notion by straight up ditching the predatory namja vibe and instead aren’t ashamed to appear like totally whipped boyfriends who are so in love with their girlfriends.

Since iKON’s most recent release prior to “#WYD” were the highly energetic tracks “Dumb & Dumber” and “What’s Wrong”, this latest song definitely felt like an inconsistent shift to the group’s image and musical color. However, if one would consider the way that YG markets his two rookie boy groups, you’d know that to a certain extent this move is understandable on YG’s part. 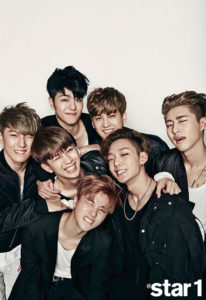 For one thing, YG has always intended WINNER to be the more serious and mature one–the classier one, if you could call it that–of the two rookie groups. Meanwhile, iKON–a group consisting of considerably younger members–is made for an endearing, boyish appeal, hence the appropriate anarchy and chaos of “Dumb and Dumber” and the ‘head over heels in love’ sense of songs like “My Type” and now, “#WYD”.

“#WYD” overall isn’t too memorable of a song, but it is still good nevertheless and is definitely for easy-listening considering how it’s also quite appropriate for the spring-summer season, a time that’s befitting of enjoyable couple outings and activities. Since the song has deviated from being the usual Bobby and B.I. show, “#WYD” is a testament of a sort of versatility on iKON’s part. Unfortunately, iKON has yet to solidify its own shtick and “#WYD” really didn’t do the group any justice on that.