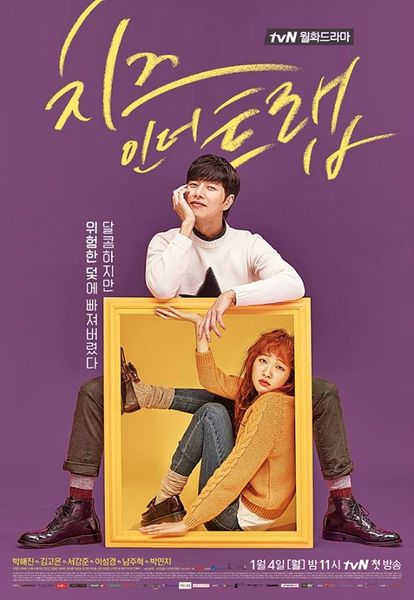 The constant production of K-dramas means there is never a dull moment in dramaland. From light rom-coms to gritty detective dramas, this year’s dramas have both exceeded expectations and produced momentous flops. But who cares about bad dramas? Good dramas constantly vying for #1 are where the fun begins. Here at Seoulbeats, we took a look at four of the best dramas from the first half of 2016.

The most controversial pick on the list also sits at number 4: Cheese in the Trap. A polarizing adaptation of a webtoon by the same name, Cheese in the Trap debuted to stellar reviews and raised the bar for what was yet to come. Of course, as drama fans all know by now, Cheese in the Trap‘s later episodes didn’t just miss the bar, they spectacularly fell short of it.

So why did Cheese in the Trap make the list?

Cheese in the Trap‘s first few episodes are masterfully crafted and weave an intriguing story of relationships between college students played by Park Hae-jin and Kim Go-eun. The mystery behind Yoo Jung’s character is enthralling and Hong Seol is a down-to-earth relatable character. A pleasant supporting cast and slice-of-life situations make this drama worth it, even towards the end.

Even after the episodes began to ‘go downhill’, ratings remained strong; although viewers didn’t like where the story was going, they hung on instead of abandoning the drama (though ratings for the last episodes declined, they were still higher than where the show began). For its high cable ratings, intense online discussion about the drama, and phenomenal acting, Cheese in the Trap secures its spot in the top 4 of Seoulbeats’s Mid-Year Drama Review. 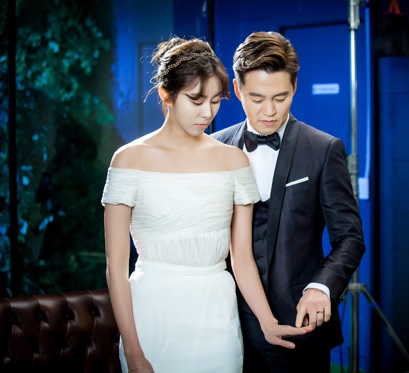 If a roller coaster of drama quality isn’t your thing, number three’s consistency may win you over. Marriage Contract, starring Uee and Lee Seo-jin, stayed consistent throughout its run, delivering both laughs and tears.

Not only did Marriage Contract tell a heartwarming story, it also resonated with viewers, drawing in ratings that crossed the 20% mark for a few episodes. Although Marriage Contract wasn’t particularly novel in terms of plot and characters, its emotional storyline and endearing characters earns its spot at number 3 on our list.

Whereas Marriage Contract pulled decent ratings, Descendants of the Sun absolutely crushed the ratings game. Debuting to modest ratings, the juggernaut drama jumped in popularity, controlling the number one viewing spot for the remainder of its run. And who could blame it? As the first drama after military discharge for Song Joong-ki, Descendants of the Sun was bound to have a lot of viewers. Add famed beauty and actress Song Hye-gyo to the mix and you have an instant recipe for success!

That the heightened love story takes place amidst a fictional war zone only adds to the juicy romance of the drama. It is important to note, though, that although Descendants of the Sun is number two on our list, it isn’t without its faults; mediocre plot twists, lazy character development, and unnecessary product placement plague the drama throughout its run. Despite its flaws, however, Descendants of the Sun was a force to be reckoned with and undoubtedly earns its place as the second best drama thus far.

Which begs the question, if Descendants of the Sun is number two, then which drama is number one? 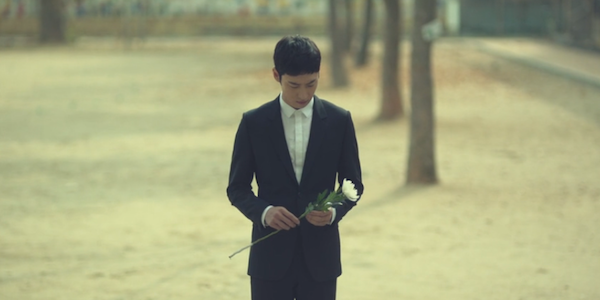 Taking first place in our Mid-Year Review is none other than critically acclaimed tvN drama, Signal. Centered on detectives played by Lee Je-hoon and Jo Jin-woong, the drama followed the two as they communicated across time in order to solve crimes. Signal weaves together an intricate narrative rather than falling into an episodic trap that so many crime dramas encounter. Each mystery holds important implications for the main characters, both present and past, and the show handles them deftly, dancing around viewers’ expectations.

But it’s not just its plot that makes Signal our number one choice. The acting and directing play a big role, too. Stellar performances from Je-hoon, Jin-woong, and Kim Hye-soo ground the characters and give them depth and development, allowing viewers to feel intimately connected to each character. Exceptional directing and cinematography bring forth the reality of Signal to life and expertly plays with viewers’ expectations and emotions. When brought together, these elements allow Signal to stand out from the crowded drama landscape and easily take the number one spot in our Drama Mid-Year review.

Was your favorite drama snubbed? Think this list should be rearranged? Let us know in the comments below!