The opening round of Seoulbeats March Madness 2016: Battle of the Classes has concluded and, without missing a beat, the second round commences. We saw some really close matchups in the round of 64 and the action only gets more maddening as the field has compacted to a sizable 32 remaining contestants. Who will move on and who will go home depends solely on your vote.

The madness continues as we have a ton of inter-group confrontations on our hands in round 2. D.O or Kai? Hwasa or Solar? Mino or Taehyun? Momo or Tzuyu? There is no right or easy answer. Check out the bracket to see where we now stand. 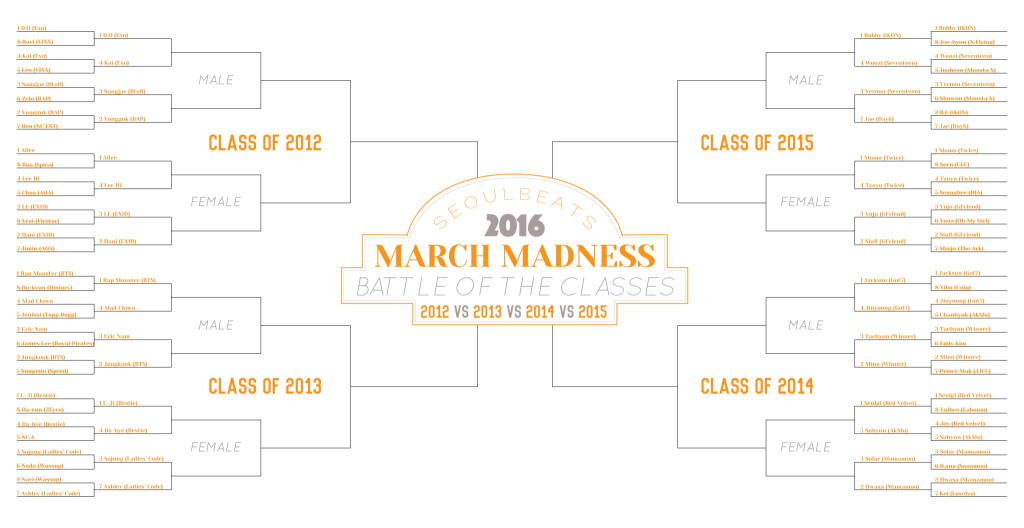 We have a few underdogs moving on from round one. Ashley and Suhyun were lower seeds that defeated a higher seed. And shockingly, Jae defeated second-seeded B.I. in round one. Who will be the underdogs to come out of round 2?

Your vote decides for 100% of the outcome. This round of voting will conclude on Monday March 20th 11:59 PM EST. Vote or die!