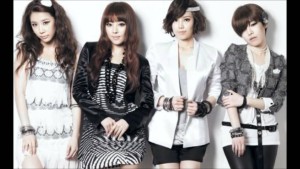 Last week saw the 10th anniversary of one of the great groups of K-pop, one of the most continuously popular and constantly pushing-the-musical-envelope groups: Brown Eyed Girls. Way back in 2006, when the second generation was being established; TVXQ had just expanded to Japan, and the real K-pop dance craze had not yet begun; four girls with impressive voices established a new R&B group under Nega Network.

Unlike most modern K-pop groups, whose members are chosen by a company head or an audition television program, Brown Eyed Girls was formed mostly by the leader, JeA, herself, who was a trainee. She recruited rapper Miryo from the early popular hip hop group Honey Family (which also launched Gary and Gil of Leessang). Narsha was remembered by her fans as a great singer from her high school days. And the youngest, Ga-in, was recruited after appearing on the show Battle Shinhwa, and failing to make it to the finals. Incidentally, Battle Shinhwa was the first step for a number of other now famous K-pop idols  including G.Na and Big Bang’s Seungri.

The Brown Eyed Girls began their unorthodox career by performing in clubs and holding several small underground concerts before their official debut. They debuted officially on March 2, 2006 as an R&B and Ballad group with the song “Come Closer.“ Notably, they were originally a faceless group and the girls themselves did not actually appear in their debut music video or have their faces appear on any visual media or promotions. Their debut song and album received positive reviews from critics and sold reasonably well. Their second promotional song “Hold the Line,“ from their first repackage album, became a slightly bigger hit. It was included in the music for the popular game Pump it Up and definitely helped put the group on the map.

Their second album, with the songs “You Got Me Fooled, “Oasis“ and “It’s Mine” followed the same R&B ballad style as their first, but didn’t achieve huge commercial success either. While ballads were incredibly popular in K-pop when the group was formed, they were slowly falling out of fashion now, to be replaced soon by dance music and later by electronica and house style songs.

When the girls decided to try something new with their third album, it was an instant success. They showed off a new sound in 2008 with retro dance music for the songs, “L.O.V.E.,” “Love Action“ and “How Come“, which managed to snag their first #1 on music charts and established Brown Eyed Girls as a group to watch. Of course it was 2009, which saw the release of their super-hit “Abracadabra”which really put them on the map — the music was a giant leap towards electronic pop that no one in K-pop had tried before, but was copied instantaneously after BEG’s success.

The “arrogant” dance choreography of crossed arms and swaying hips was repeated by every other idol around and became as iconic as “Sorry Sorry” or “‘Gangnam Style” ever were — even being reused irreverently in Psy’s “Gentleman” music video, starring Ga-in herself. The release of “Abracadabra” also saw the rebranding of the group’s image and the beginning of their now iconic and often controversial adult style.

The music video for “Abracadabra” was seen as overly sexual — being banned by the Ministry of Gender Equality and Family for references to BDSM and other sexual acts, including an implied lesbian kiss. Their second MV for followup song “Sign” was criticized for showing images of violence and death, including scenes of the members drowning. It didn’t matter that the video was clearly a mini art film and in fact was spectacularly directed and edited to fit both the music and lyrics. Yet despite the criticism, and perhaps because the group had stepped out of the box, “Abracadabra” also brought about their first wave of music show wins and end of the year awards.

2010 saw the beginning of the ladies’ variety show appearances and broader entertainment careers. Ga-in kicked it all off by appearing on We Got Married with 2AM’s Jo Kwon. Their virtual marriage lasted 15 months and is still one of the most loved and oft referenced couples in the history of the show. Ga-in made her acting debut that year alongside Jo Kwon in sitcom All My Love, and a lasting friendship seems to have grown out of their time spent filming together. Narsha also delved into other entertainment options becoming a fixed member of Invincible Youth, and debuting as a radio DJ with her own program.

Also in 2010, the group took to Japan with a revised Japanese version of their 2009 album, Sound G. That year also saw their first solo works. Narsha released NARSHA while Jea collaborated with Thai pop star Rattapoom on “Face to Face” and with G.O. of MBLAQ for single “Because You Sting” which she composed herself. Ga-in came out with her first solo album Step 2/4, which featured continued interesting influential choices. Its title song, “Irreversible” had strong tango influences, which even carried over into the dance choreography. 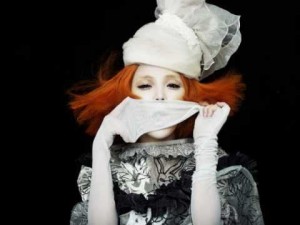 Narsha’s first solo album had a, relatively new to K-pop, very dark and edgy Gothic sound to it, including electonic and Bossa Nova elements and influences. The singles “I’m in Love,“ “Bbi Ri Bba Bba“ (now considered the most iconic of her solo songs) and “Mamma Mia” ft. Sunny Hill, were produced and written by Lee Min-soo and Kim Eana who have worked with the ladies for their entire careers, creating many of their distinctive hit songs.

While Narsha’s first solo songs were moderately successful, Ga-in’s Step 2/4 debuted at #2 on the Gaon weekly album chart. “Irreversible” achieved an all-kill and went straight to #1 on the Gaon Singles chart. Both of these forays into solo work continued the group’s controversial trend. Narsha’s music videos were criticized for dark and violent imagery, and Ga-in’s “Bad Temper” was given a 19+ rating for the lyrics.

Their next group release was for Sixth Sense, featuring the popular songs “Hot Shot” and “Cleansing Cream,“ which was a throwback to their original ballad sound. This album received even higher digital sales than their massive hit of “Abracadabra.” Controversy was brought up again, this time for the music video for “Sixth Sense” — a sexual revolutionary manifesto about the importance of passion in music — and the subject matter for “Cleansing Cream,” bringing up the question of women’s makeup.

It was “Sixth Sense” which really caught people’s attention again. Was it too sexy? What was the point of asking fans “to feel [music] instead with their sixth sense,” as their company statement prodded? Was it a barely hidden political feminist statement instead?

While putting BEG on the map with fans, “Sixth Sense” apparently also put them on the map with the Ministry of Gender Equality and Family, as one after another of their following releases were banned for some reason. Miryo’s next self-produced album saw two songs banned: “Revenger,” for violent lyrics, and “Dirty” for using the word cross-eyed, which they claimed could be seen as a derogatory term for disabled people.

By this time Brown Eyed Girls had clearly decided to embrace their newfound image as controversial strong women and they decided to create a 19+ concert for themselves titled Tonight 37.2 °C (the body temperature of most people during sex, of course). For the entirety of the concert the ladies told a love story of “till death do us part” with each member taking on a role of either seduction, desire, betrayal, or revenge.

The next few years saw the group focusing on their music. After Talk About S, Ga-in also released a surprise duet album with soloist Cho Hyung-woo titled Romantic Spring, with the wonderfully ordinary “Brunch” as the title track. Jea released an explosive self-produced album Just JeA, featuring Jung Yup of Brown Eyed Soul on the track “Let’s Hug.” Miryo and Narsha established a sub-unit M&N with the song “Tonight,” written by them and promoted in two versions, both Korean and English.

And the group saw yet another all-kill with “Recipe,” the pre-release to their comeback Black Box. The song was written by Miryo and Dynamic Duo’s Choiza and produced by Primary. Throughout this time all of the group members also sang for many OSTs; leader JeA wrote most of said songs, becoming known as a song-writer in her own right, and collaborating and writing for many other K-pop artists like B1A4 and Ailee.

Most recently, the group has been back in the news for controversial subject matter yet again. Their songs and musicality have always been top notch and never wavered, and so they still push the envelope. Ga-in dropped her third solo album in 2014, Truth or Dare and the two title songs both dealt with difficult topics. In “Fxxk You,” she sings about a physically and emotionally abusive relationship, which she also showed in her realistically upsetting music video. “Truth or Dare,” on the other hand, questioned the effect that paparazzi and scandals and rumors have on the lives of celebrities.

In 2015, while in the midst of switching agencies, the ladies managed to put together a group comeback album, Basic. They worked again with producer Lee Min-soo and lyricist Kim Eana; Miryo, JeA, and Ga-in also worked together on the album’s songs with title songs “Brave New World” and “Warm Hole,” a song that unabashedly sings about sex and the female orgasm

Ga-in followed the theme with her 4th solo album shortly after, highlighting more aspects of the adult female’s sex life with the two title songs, “Apple” and “Paradise Lost.” Giving voice to the sexuality of grown women is something almost no other K-pop group does and Ga-in continue to put it all on display. However, putting it all out there did succeed in getting the more sensual choreography of “Paradise Lost” banned, even though the more expressive lyrics of “Warm Hole” did not. 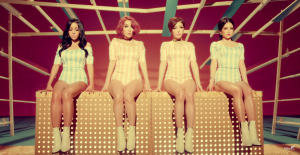 As fully adult idols (the older members are almost 35, and maknae Ga-in has never had trouble keeping up with mature themes), who have always been very self-sufficient, these four ladies have always had a very loud voice in the often sugar-coated world of K-pop. They aren’t afraid to use their spectacular singing abilities to give voice to oft-ignored subject matter, and their song-writing and producing ideas are often cutting edge. If “Abracadabra” hadn’t been so eye-catching, then the wave of K-pop electronica might have been postponed by a few more years.

Not only are Brown Eyed Girls noticeably different in their audible sound — rapper Miryo has always been able to blend seamlessly into the other voices rather than having to have stand-alone rap breaks — but they have tried to be idols who open up different, and mature, conversations, and expressively present them in very different musical styles with inspiration from all over the world, bringing those sounds to a Korean and K-pop audience. 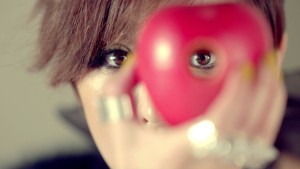 Where will Brown Eyed Girls go and what will they try next? Whatever it is, we know that it will be surprising and of the best quality. No matter what they are singing about, these four highly talented ladies always give us their very best, and when they challenge themselves they also challenge the entire Korean music industry.

So, cheers to the Brown Eyed Girls for successfully making 10 years of fantastically controversial and boundary pushing work, and I, for one, hope they continue to inspire the musicality and thoughtfulness of the younger generations of K-pop for many more years to come.