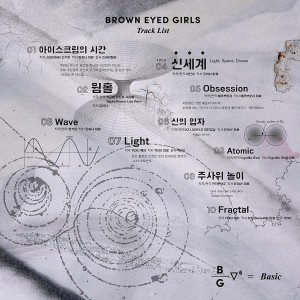 The last time Brown Eyed Girls promoted a release was two years ago when they released Black Box. Since then, they have been busy with solo promotions, a digital single, and best of compilation. While they have kept busy, it is great to see the girls promoting together on stage for Basic.

Another monumental event was that all the girls have changed labels — joining groupmate Ga-in at Apop Entertainment, a subsidiary of Mystic Entertainment. This seems like a great move considering their lack of activities since Black Box and abysmal promotions during that cycle.

A few months after their move, the Brown Eyed Girls released Basic — an album geared towards what the girls believe sets their group apart. It has been about 10 years since the Brown Eyed Girls have been in the industry and even one decade in, they just want to emphasize good music, singing, and performances.

While Basic does exhibit those elements, the album is also ambitious in its production. The pieces were cohesive and expansive. The album feels thoughtfully put together. The first four tracks were penned by frequent collaborator Kim Eana. Miryo writes all her rap verses, and Jea is involved on the production of a couple of tracks.

The album stars with “Time of Ice Cream (아이스크림의 시간),” which was produced by Primary and Shin soo-ran. The lyrics use the analogy of ice cream to talk about a sexual yearning. It is laid back, but the simplicity is quite beautiful. Like the last remnants of a blissful summer, it breezily simmers with a melancholic desire. I think “Time of Ice Cream” works well as an opener especially when compared with the closing song, “Fractal.” “Time of Ice Cream” has this upbeat acoustic backing that kicks things off and by the time we get to the slower acoustic beat of “Fractal” the rush of things winds down in a flurry.

“Warm Hole (웜홀)” is very in your face. As Lo noted in her review, it is unabashedly sexual. It is raunchy and the production has horns and a funky rhythm. It is cheeky and full of personality. I also love the breakdown. This song shows that not all songs need a rap break. Its theatricality and vivaciousness is fun and immediately injects energy to the album.

“Wave” is a smooth number that pairs guitar and a slinky base to create an ethereal atmosphere. The lyrics also speak to a resolve against environmental factors — a strength to not become numb even against the different outer forces that may batter against you.

“I want to feel, so why can’t I feel
I’m asleep in the waves”

The bass is effective — adding heaviness to the song. The weight of the bass also mirrors the lyrics as it gets covered in the harmonies during the choruses. “Wave” functions well in carving that despondent tone, showing a different type of vulnerability from the ladies.

I would describe title track “Brave New World (신세계) ” as a funky disco pop number, but I still think that would not fully encompass the glory of the track. It opens with these soaring funky strings that is reminiscent of Michael Jackson‘s “Don’t Stop ‘Til You Get Enough.” Then, it drops the strings and keeps the bass for the verses. Throughout “Brave New World,” there are chants, reverb echo effects, and harmonies that add to this surreal listening experience that transports the listener to a different space and time.

The lyrics allude to an outer body experience. The ladies share these thoughts with a significant other and cast their relationship as a complicated mystery in an infinitely complex universe. The song is gorgeous and definitely a great choice as the title track from Basic. 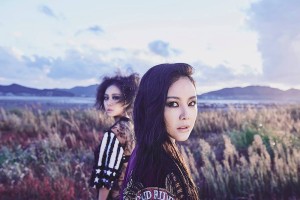 “Obsession,” produced by Echo Bridge, has a slow Latin rhythm and the lyrics tell a tale of being enamored by someone. It also hints to recurring themes of reality, curiosity, and fantasy. Narsha adds a sultriness to the song — painting someone who is teetering on the edge of giving into their inhibitions. I especially like Miryo’s spoken word section, which works well with the tempo and boosts this disbelief in reality — giving into this fantastical obsession.

“God Particle (신의 입자)” picks up the tempo from the prior track. It is a full band number that is driven by powerful vocals and a spirited backing. It is in these numbers that I think Brown Eyed Girls show their strength most completely. They are able to integrate the rapping with strong vocal showings from each member in a upbeat piece. It is funky and bursting with energy and sounds like it would be phenomenal to witness live.

Jea and Texu produced the next song, “Light.” “Light” has an uplifting refrain backed by the vocalists and is driven by the rap verses Miryo puts forth. Miryo shines here with her lyrics speaking of hope in the face of hardship. It transforms a track that could have been forgettable to one that stands out.

“Atomic” continues this lyrical theme — mixing physics concepts with analogies of sex. The production, helmed by G.Gorilla, plays up an elation to touch that is compared to an “atomic accelerator.” Jea’s high note at the end is glorious as it soars a few levels. There is a magnetic tension that brews here and the vocal layering is well done — highlighting the teamwork of the ladies.

“Dice Play (주사위 놀이)” features a quicker Latin rhythm with plucked guitars and Latin drums. I really enjoy the variety of instruments featured in Basic, and ” Dice Play (주사위 놀이)” is a great example of a track that uses those instruments to great effect. The electric guitar comes in halfway to add a flair to a song that is filled with complex rhythms. 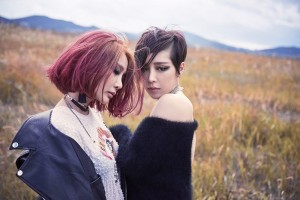 “Fractal” closes the album. It was the second song produced by Jea and Texu. Also, the song was written by Misung from Sunny Hill. I initially lauded how “Fractal” brings the album full circle. It is fully acoustic and steers the album back to Earth with a guitar led song. Ga-in, Narsha, and Jea all sound exquisite with the minimal backing. Their harmonies are effectively sweet and delicate. After singing “stop, don’t breaking my heart,” each voice croons out with a sensitive look at their broken memories. It is a down-trodden note to end on, but one that has a quiet strength. Despite the ups and downs of experiences in their lives, this journey is one that they can stand up and grow from.

Brown Eyed Girls continue to experiment here and there with how they incorporate harmonies and rhythms with Basic. If there is one extremely positive thing to be said about these ladies, it is that they go for it. They consistently deliver strong vocals, and there is a good mix of rhythm in Basic. This album at times feels intergalactic with lyrics that question reality and play on physics concepts. The production also keeps the listener guessing — with distorted drops and off kilter beats. At the core, Basic does hold a very human touch that keeps their audience connected. Brown Eyed Girls have excelled with their work on Basic and show that they can still offer a fresh perspective even after a decade in the game.