Of Brown Eyed Girls And Their Music Videos 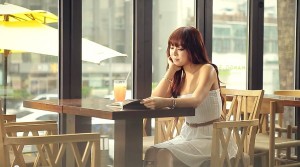 Time is indeed a luxury in the fast-moving world of K-pop groups, and one that if used correctly, can yield a lot of benefits. The Brown Eyed Girls, by taking at least a year to work on each album or concept, have consistently yielded results a cut above most groups that may make three to four comebacks annually.

Another side effect of that would be their MVs, which seem to combine style and substance equally well, and are always made with high production values. With that, let’s take a look at some of the common themes that run throughout their most recent work.

1) There is always a dance, but it is never the main point of the MV.

Admit it: for all the pretty in the music videos you see, the main point of them, besides getting countless chances to ogle all your good-looking biases, is to learn the hook dance than happens by the chorus. After the first view through, you are supposed to catch the main move, and then use the subsequent viewings to learn more and refine those movements.

With the notable exception of “Abracadabra,”  every other Brown Eyed Girls music video has always been about something other than the dance. Sure, they do look good (some might say, with a bit of added mature sexiness), and yes there is still a dance move somewhere; but there is always that something-else, that je-ne-sais-quoi, which seems to make the video worth watching again.

And even if the video is just of them behind the scenes, having a chill-out/creative session in Bangkok, it all looks so effortlessly cool and only adds to the nature of the song; this group does not look like it tried too hard, compared to other chill-out/looking cool music videos I have seen.

One factor that seems to add to any Brown Eyed Girls MV is that there always seems to be a plot holding the whole thing together. In the case of “Abracadabra,” it was a jilted lover kidnapping her man and strapping an explosive on him, with a little (just a little) sexy in between. It certainly does a lot to play up those “nice lover turned evil vibes” there.

Then there was “Sixth Sense,” which tried to give another dimension to how love and passion were forces that could not be stopped by comparing with a revolution and having a host of protesters face a shadowy black figure of oppression.

Of course, it was also hard to forget “Cleansing Cream”, which could very well be the embodiment of all breakups that are frustrating, heartbreaking and, ultimately, painful.

Which brings us to their latest, “Kill Bill.” While the metaphors certainly do fly as thick and fast as they used to, it’s nice to once in a while see a music video where they just let their hair down, and pay tribute to a movie while also sending it up.

If one had to try to find something deeper in that movie, it would most probably be: violence does not solve all the problems of the world, especially when it is that over the top and it ends up killing off everybody.

3) There will always be some acting involved

With stories like that, it would wise to leave the acting to the professionals rather than having a go at it; and that is exactly what they have done, most of the time.

Although hiring professional actors should always be the way to go, the whole casting thing is always a balancing act. Choose someone too famous, and he/she ends up overshadowing the plot by being way too noticeable. On the other hand, an actor that does not suit the role just does not make for fun viewing.

So it’s a pleasure to say that most of the casting calls have been done correctly; the actors largely let their acting abilities and the plot do the talking, with the Brown Eyed Girls nicely fading into the other scenes of the music video (or in the case of “Cleansing Cream,” completely out of it).

With “Kill Bill”, there is a nice break to this tradition, with the Girls taking starring roles for the music video. Not necessarily a bad thing, given how they seem reasonably comfortable with the roles they play in the music video, and the music video’s intent does not really call for the need of a professional actor.

So here are some of the things that I consistently find in Brown Eyed Girls’ music videos, and which I like. So what are some of yours?