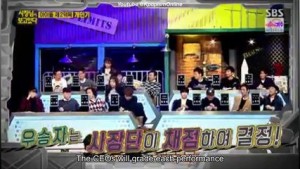 The Lunar New Year for the K-pop industry is pretty much another excuse to do all sorts of fun things that they couldn’t really cram anymore during the previous year’s ceremonial year-end closing celebrations. This year, a slew of variety show specials served to fill in everyone’s Lunar New Year weekend. Among these shows were of course the notoriously infamous Idol Star Athletic Championships of MBC, KBS2’s We Are Siblings which featured EXID’s Hani and her brother, and SBS’s The Boss is Watching.

Upon hearing the title of that last variety program, one would think that maybe this show’s just another Korean version of Big Brother, that somehow SBS’s The Roommate wasn’t enough so they decided that maybe if their CEOs were to somehow pull some 1984 George Orwell-magic, it would be a lot more entertaining. It turns out, The Boss is Watching is even more sadistic than that. Because instead of harmoniously co-existing with one another in a large house, idols who are set to participate in The Boss is Watching are made to battle it out ala-gladiator style — in the guise of cheerful variety skits — while their bosses watch over the entire proceeding. This is really no surprise once you’ve found out that the producer behind TBiW is the same person behind K-pop Star.

On that last note, here’s a list of some things that are probably just as sadistic as The Boss is Watching: 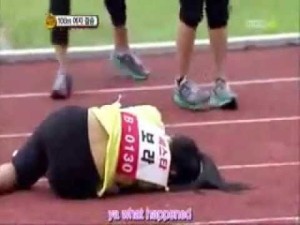 While the format of TBiW might be different from the ISAC, it’s still rather similar. One thing’s for sure is that both shows will never in any way be truly beneficial to K-pop idols. Aside from giving them the opportunity to do some casual/subtle idol on idol flirting or to just act like the actual young and hot-blooded people that they are, it’s mostly an intense sporting event that non-athletic people such as Korean pop idols shouldn’t really be participating in. Having said that, ISAC — just like TBiW — is sadistic because it knows fully well that the probability of an idol injuring themselves during the event is high and yet they are still expected to suck it up and move on to their next idol schedule.

2.) George R.R. Martin and his writing

While other writers might be getting paid for the word or the line or the page, George R.R. Martin is probably getting paid for each character death in his popular high fantasy novel series A Song of Ice and Fire — which is popularly more known for its live-action counterpart in HBO entitled Game of Thrones. The man just straight up creates the most amazing characters with the greatest potential of becoming the only morally upright and dependable individual you can root for in the GoT universe. And just when you think you finally have a fictional bias, he unapologetically kills them. Plus, he sort of gets off seeing people suffer from his art — kind of how the CEOs must have felt while watching over their talents wrestle with each other in TBiW.

BBC’s strategy to limit a season of Sherlock to three episodes each only for the production crew to take a two to three-year hiatus in between has placed Sherlock on the love-hate fandom pedestal of numerous geeks across the globe. The show’s great for obvious reasons, but then there’s that deal with constantly toying with the fans’ emotions by building up great plots only to leave fans high and dry by going on some rather lengthy breaks — and you thought waiting for your favorite group’s next comeback was torture. British people might be classy, but when it comes to being rude and sadistic, they know just how to play it right so they’ll hit it where it hurts the most.

4.) YG and his delaying tactics 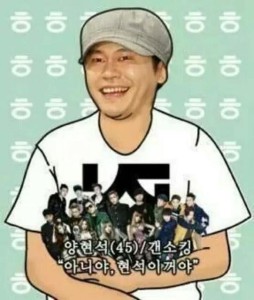 Unlike BBC’s Sherlock in which you’ll know that when there’s a hiatus, you’re probably going to be spending the next two years devoid of Benedict Cumberbatch’s face, YG plays it annoyingly and sadistically coy by teasing his fans for upcoming comebacks and debuts which could ultimately lead to either a pleasant surprise for YG stans or painful moments of disappointment.

Although the waiting game — which mostly consists of decoding teaser images and denying yourself of the possibility that so and so YG group has disbanded — is adequately painful, just think of when the actual comeback or debut does happen. Either way, we’re guaranteed to feel like YG artists are always way too good for everyone else hence, it’s really no surprise why none of YG’s artists made it to TBiW (or it’s probably because Papa YG was off gallivanting  somewhere else).

5. Introducing a friend to K-pop 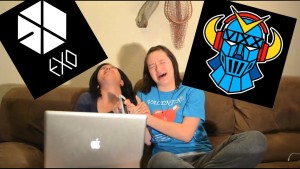 Nothing is definitely more sadistic than converting your friend into the same lowly, trashy fan as you are. The mission to ushering a newbie into the dark side usually starts off by showing them music videos of your favorite groups and before you know it, it’s two in the morning and you’re both watching that variety show appearance which said group was in from n years ago. Heck, you’ve probably initiated your friend long enough for them to understand all the K-pop inside jokes. Indeed, the saying ‘misery loves company’ proves to be quite true and it’s definitely all the more highlighted in the collective suffering of K-pop idols during TBiW.