Yoo Ah-in is Exquisitely Restrained in "The Throne" 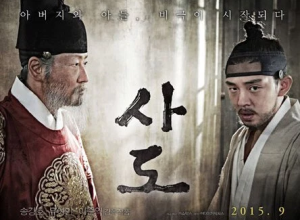 Yoo Ah-in is famous for many things such as his model-like appearance and has been in the acting for a while, but 2015 was a breakthrough film year for Yoo Ah-in with Veteran and The Throne.  Veteran made over 92 million Won while The Throne made close to 42 million Won: Yoo Ah-in, as part of the main cast, was heavily involved with these two movies’ successes.

In 2015, and even in 2016, Yoo Ah-in has continued to receive nominations and award wins for these two movies from the likes of Korean Film Reporters Association Film Awards (KOFRA), Blue Dragon Film Awards, and Korean World Youth Film Festival. With Yoo Ah-in’s next movie coming out February 18th with Like for Likes, will he be able to replicate such successful box office numbers?

Obviously no clear trend analysis is to be expected as all three films are in totally different genres. The Veteran is an action thriller, The Throne, a dramatic historical period piece, and Like for Likes, a romantic comedy. However, there is something to be said about concurrent successes with its effect on public awareness and the growth of star power. While romantic comedies can be seen as fluff pieces, generally there is less director-taken liberties and more emphasis is placed on natural charisma. By analyzing Yoo Ah-in’s acting in his proclaimed favorite of his two successful films, The Throne, there’s a better chance of predicting his future success with movies. Were his movies’ successes contingent on the depth of his acting ability or was it a good actor choosing a great project?

The Throne is about the infamous Prince Sado, who, according to history, went mad, killed palace servants recklessly, and was condemned to death in a rice crate for nine days. The film is an introspective reinterpretation of historical events that uses flashbacks to describe Prince Sado’s descent into madness. As the titular lead of the film, Yoo Ah-in had a lot of responsibility in portraying a historical character with so many controversies: was Prince Sado actually mad, driven to madness by external forces, or just condemned to death because of his radical thinking? 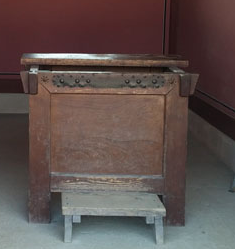 Immediately, the outward strength of the film emerges as in media res. Rather than start the story when Sado was young, Director Lee Joon-ik placed it at the sentencing of Prince Sado to the rice crate. By focusing so much on Sado’s punishment and interspersing flashbacks in between the gradual deterioration of Sado’s life, the viewers are able to recognize the tenuity of Prince Sado and King Yeongjo’s relationship.

Given the viewer has to process all of the time leaps, the choice to have very little background music save for drumming allows the viewer to empathize with the characters at his/her own pace. Too often background music drives the viewer’s perspective of a scene and can take away from the pointedness of the words of a scene or even the actors’ movements. By allowing most of the film to be quiet, Director Lee Joon-ik infuses the film with a quiet tension that remarkably matches a calm before the storm. 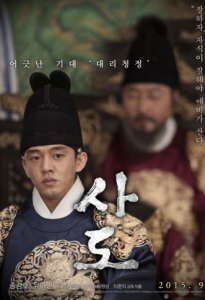 Yoo Ah-in’s acting range was definitely on full display in The Throne, but the viewer can’t properly appreciate it given the framework of the film. The non-linearity of the narrative causes Sado’s descent into madness to seem jarring. Since there are no distinct markings of time, except the countdown of the nine days in the rice casket, it’s difficult to place when his madness started or even when the first signs of insanity appeared. However, while the most obvious strength of the film stifled a total appreciation of his acting, there were distinct moments where Yoo Ah-in truly shined.

These moments were pivotal because they perfectly balanced the derangement and vestigial sanity of Sado. In one scene, Sado converses with his son, Jeongjo, while shooting arrows for sport. Sado seems to be aiming at a target, but then at the last moment he lets the arrow fly blindly, releasing the great tension from his arms.

The symbolism of the shooting an arrow is synonymous to Sado’s direction in life. Where once he balanced the tension between ruling and idealism, Sado eventually lets go of the strictness of kingship and tries to live life his way. After this demonstration of his life’s values, Sado turns to his son, and questions Jeongjo’s motivations for his excessive studying, instead telling him that he should know that love is the most important thing. While there are many scenes of Sado’s reckless lunacy or innocence as a child, these words and action reveal the truly caring side of Sado. He might have not been the perfect son to King Yeongjo, but Sado really wanted to enrich his son’s life–to teach him what was truly important. 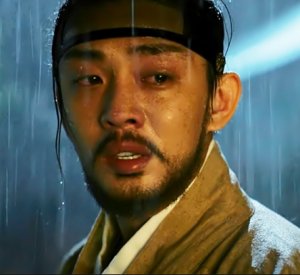 Another great moment was when Sado broken by his father’s nonexistent affection comes after King Yeongjo’s life. Ironically enough, Jeongjo is with King Yeongjo at the time, and is being asked why Jeongjo went along with Sado’s actions that contradicted the regime’s rules: to honor a concubine’s mother like the queen. It’s pretty incredible the acting of Sado’s eyes filled with rage, with his sword arm taut with purpose, to gradually dropping to his side, as he hears his son’s response of the importance of Sado’s sincerity and honoring one’s parents. The motion was perfectly timed and had a dancer’s feel, where one action carries a lot of importance.

There can be many interpretations of why Sado decided not to kill his father like Jeongjo’s words or the fact that Confucianism can be interpreted in a hypocritical fashion to Joseon’s laws. Whatever the reason of Sado’s actions, the strikingness of this scene of Sado’s inflammation of madness to the glimmers of his sanity is a testament to Yoo Ah-In.

While The Throne can be considered one of Yoo Ah-In’s greatest works, the fact remains that the film is considered great largely in part to the directorial decisions of Lee Joon-ik. However, while Joon-ik’s decisions shaped the tone and vision of the film, those two particular scenes of Sado’s return to sanity are truly great acting. Hopefully, Yoo Ah-in’s upcoming movie, which appears less stylistically driven, Like for Likes, allows him the opportunity to demonstrate his acting chops.

Like for Likes is premiering in 19 North American cities, including Los Angeles, on February 26th.  If any of you get the chance to watch it, make sure to not be swept away by the mood-setting music and watch for Yoo Ah-in’s movements.