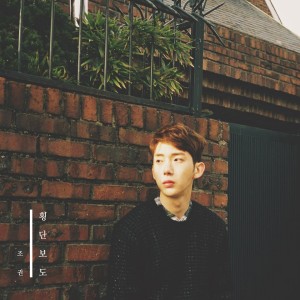 After almost four years, 2AM’s leader Jo Kwon is back as a solo artist with “Crosswalk.” For those of you unfamiliar with Jo Kwon, he is the leader of 2AM, 2PM‘s ballad brother group. The reason why we haven’t heard much from 2AM lately is because of the four members, only Jo Kwon is still with JYP Entertainment.

Jo Kwon is known as “Kkap Kwon” for his eccentric dances, but he has put away his diva side for this track. This song is quite different from his previous releases as a solo artist like “I’m Da One,” which is more in the pop realm. Through this ballad, which is reminiscent of 2AM’s songs, we are reminded of Jo Kwon’s central role as a 2AM member.

The video opens with two people standing completely still in the middle of a crosswalk. As the camera zooms in, we see their coats flutter in the wind. The female, JYP actress trainee Park Kyu-young, looks expectantly at the male, EXO’s leader Suho, while the male looks away from her. The camera then pans to the stoplight counting down from 18 seconds, and back to the couple who are now staring at one another — still motionless except for the fluttering of their clothes and hair. Suho’s character then looks away once more, turns, and walks away from her.

Both the video and the song are beautifully minimalistic. The shots are very clean and crisp. The black and white provide for added sharpness, as there are no distracting colors. You can instead focus on the scenes that play out. The lack of color also contributes to the somber tone of the song itself.

The video accurately portrays the lyrics — which were penned by Jo Kwon himself — as it tells the tale of a person that is afraid to turn back after walking away from a relationship because he worries that his lover will no longer be there waiting for him.

Turns out I’m such a fool

When I finally get to the other side and look back

I cannot dare look back

He would rather be the one that walks away than the one that is left behind — even if it tears him apart. Likewise, Suho’s character refuses to turn back even if he has to go home and weep miserably. 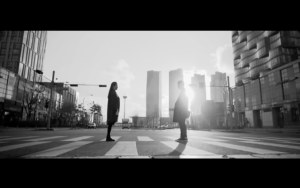 For the song, we mostly have Jo Kwon’s vocals and the piano, but there is also the inclusion of stringed instruments at around the 50 second mark to add an additional element of melancholy. Jo Kwon’s voice starts out softly in an exposition that establishes the scene and tone, and the rising action occurs as feelings of desperation and longing build up in sync with the song’s increase in volume. This is especially evident during the bridge as the song reaches a climax. The falling action occurs after, as the stringed instruments fade out and we return to just hearing the vocals and piano, then merely instruments, in a denouement. It fits perfectly with Freytag‘s Pyramid: exposition, rising action, climax, falling action, and denouement.

As someone much more comfortable analyzing works of literature than anything else, it’s comforting to see a rendition of the dramatic structure in both the song and the MV. Surprisingly, this familiarity does not make the story or video boring. In fact, it allows for the discovery of subtle choices (and nerdy “Aha!” moments) that the MV director takes in creating something new from something old. 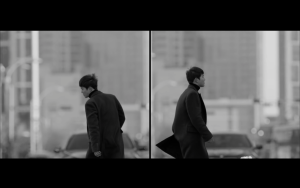 The story is of a couple that are either breaking up or encountering one another in the middle of a crosswalk after breaking up. Suho’s character turns away, and in the middle of the video, the screen splits as we follow two possible scenarios: one in which he runs back to her, and another where he continues walking away.

Around the 3:10 mark, the shot showing him reuniting with the girl is pushed out, and we discover that he did not actually go back to her. This scene’s tone is mirrored by the music as it occurs during “falling action” when the stringed instruments fade out and the vocals slow down and come to an end. As the song ends, we sense the finality of Suho’s character’s decision. The direct correlation between the song and the video make for a more impactful experience as a whole, and the feelings expressed by the singer are subsequently more easily and readily invoked in the listener. 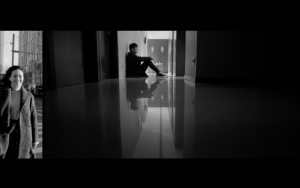 The crosswalk is employed as an extended metaphor of the monumental stage in a couple’s relationship in which they must decide whether or not they are going to reunite or part for good. The constant countdown of the crosswalk light is symbolic of the short amount of time Suho’s character is allotted to make his decision, and the camera constantly shows that the time on the crosswalk light is continuously and mercilessly counting down. The last shot of the video shows the light change to a red light, which indicates that Suho’s character made his choice, and there will be no going back. He had his chance, and he won’t have another one.

The use of crosswalks is also quite apt in that they further emphasize the necessity of having to make a decision. You can’t stay in the middle of the crosswalk because you may get run over. You have to either continue crossing, or turn back before the light changes. Similarly, in that short time period, Suho’s character must decide whether or not he will go back for the girl.

The clear symbolism employed prevents the potential alienation of the viewer. It is obvious that the scenes were chosen deliberately and not just a bunch of random obscure scenes thrown together, and this makes me much more easily appreciative of its artistry. 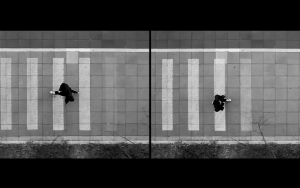 One thing that caught my eye was when the crosswalk light behind Park Kyu-young’s character read “5,” the streetlight Suho’s character looks upon barely starts counting down from “9.” Maybe it is merely a reminder of the time that he still has time left rather than a representation of the actual amount of time left. After all, at that point in the MV, he is on a different street; there is no way that he could walk so far away and still have time to run back to the crosswalk when he left the girl with 4 seconds remaining on the streetlight. But this sequence is likely only a figment of Suho’s character’s imagination. 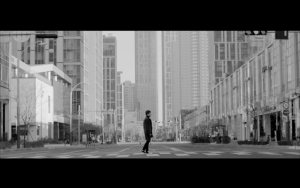 An aspect that is a bit questionable, though, is the seeming lack of automobiles threatening to run over the characters in the first scene. Though we see them driving around, none of them appear to want to cross the road that the characters are crossing, and this takes away the element of urgency in the situation.

While it makes sense that in a situation where Suho’s character must decide whether or not he wants to get back together with his lover they feel that they are the only ones there, the elimination of the threat of them getting run over makes the urgency less convincing. Of course, if there were too many cars, the scene would be overly dramatic and cluttered, but viewers should at least feel some type of urgency to feel invested in the character’s decision. To add to the sense of urgency, it would be interesting to reconsider this moment of their lives as something as dramatic as the difference between life and death — after all, that is the whole point of placing the setting at the crosswalk, isn’t it? 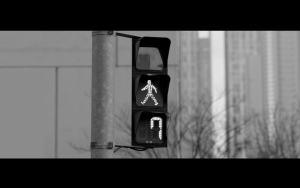 Also, while the use of slow motion makes sense because time seems to slow down and feelings of misery are prolonged in the MV, this use of slow motion causes the video to play out as scenes that one could watch nonchalantly without feeling much about the situation. Of course, paired with the vocals, there is a bit more emotional involvement, but the pacing of the song does not call for a sense of urgency, it merely feels resignedly melancholy.

It is also a bit stereotypical that the Park Kyu-young’s character just stands there and awaits the male’s decision. Shouldn’t she be given some agency to take charge of her relationship as well? Though she has and portrays emotions, we might question the reason why she just stands rooted in the middle of the crosswalk and is unable to chase after Suho’s character. A relationship shouldn’t be about the decisions of one person. The two characters obviously still love each other, yet their relationship seemingly doesn’t work out because no one makes the move to reach out for the other person.

Of course, the relationship may not be so simple. Maybe she has reached out too many times before, and this time, she needs him to make the decision. Perhaps their break-up, despite how painful it is, is actually necessary. 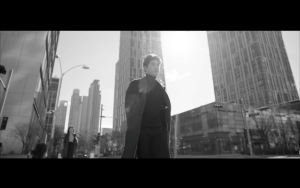 As for the acting, I thought it was apt for the music video. It did not strike me, personally, as particularly impactful, but it was enough to be convincing. Suho looked adequately sad, and Park Kyu-young is satisfactorily hopeful in the beginning, and sufficiently happy in the hypothetical sequence. I’d say it was a job well done.

Overall, I thought the use of crosswalks was a simple but ingenious way to portray a relationship that is falling apart. The minimalistic elements make both the song and video clean and aesthetically pleasing. While the dynamics of the relationship itself is a little confusing, we must take note that rather than aiming to portray realism, the MV is more metaphorical. At the same time, despite how metaphorical it is, it would be even better if the female character had some agency.

Despite some minor flaws, the combination of the video and song painted a moving picture of the pain of a break-up in which the speaker is too proud and too afraid to turn back, and I thoroughly enjoyed it.

What did you think of the song and video? Did it do Jo Kwon’s solo return justice?