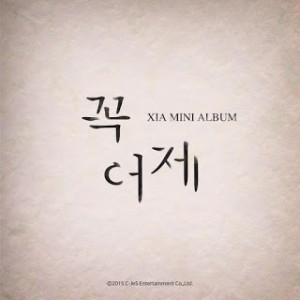 As his JYJ bandmates are off fulfilling their military duties, Xia Jusnu has the lofty task of making sure their presence is maintained in the industry. Not an easy feat by any stretch of the imagination: carrying the weight of the missing 66 percent of your band. But this is the Xia Junsu we’re talking about. Nothing he does is ever haphazard or even commonplace. Just Like Yesterday, though a mini-album, does more work to cement his status as one of South Korea’s most intriguing artists.

It’s no secret or surprise that Junsu is a master of vocal expression. What he may lack as a technician he more than makes up for in passion, professionalism, and an undying dedication to his craft. Lead single and title track “Just Like Yesterday” is most certainly testament to that end. Penned by the eternally gifted Lucia, the track is a lament from a lover whose heart is sore from neglecting the one he treasures most:

I gave you my everything and I didn’t mind
It’s too bad I didn’t get to tell you
I want to grow old with you
Our lives are too short, to spend together

Though the accompanying MV is rife with religious symbolism, including chapter 9 verse 6 of the Book of Revelations and overt imagery of the Angel of Death and the End of Days, the song is painfully simplistic, taking care to perfectly frame the emotion of the lyrics and the ache and yearn in Junsu’s vocal. I always think it a brave enterprise to lead an album (especially a mini-album, which by its very nature has limited space to appeal to listeners) with a ballad. But the composition, a piano and a violin, and vocal arrangement is so incredibly poignant that listeners are left with a feeling of want and even regret in their souls. Junsu never reaches for much, never overemphasizes his vocal with ostentatious uses of melisma or his signature wail. It’s more subtle: a stone in the soul rather than a dramatic sob.

Released as a special single, “OeO” takes its cues from 2015’s fall trend of incorporating honest-to-goodness house-driven tracks on albums. Though less Jack than jungle, “OeO” is as intriguing as it is catchy. It also throws a bit of cheek to those who’ve tried to stop him from being who he is—even stifling his ability to show the world at large (or maybe just South Korea) what a true force he really is. Though, let’s be honest, nobody could deny just how dynamic an artist he is if they tried. Though many would read into the lyrics as pointing a very stiff middle finger at a… former business associate, the message is universal. No one can stop you from expressing yourself: “You strangle me, hoping I would stay quiet / You want me to disappear for you / Don’t fool yourself, this isn’t yours.”

Enlisting one of my favorite young rappers in South Korea, Giriboy, the bridge comes as a very sudden shift in tone. It’s completely random and throws the song off its momentum. That being said the beat is nasty, and Giriboy’s lyric is powerful, matching Junsu’s own verses about refusing to be the helpless victim while people try to take advantage:

Seoul is dangerous, lives shot down
Even without a gun it goes bang bang
It’s Gotham city without Batma
I’d rather play the villain than a helpless hero
Saying goodbye to my adolescence

The surprising cast of hip-hop camoes continues with song “Midnight Show.” My goddess and sex kitten, Cheetah, makes an appearance in the song. It’s a playful track with a melody to match. This drama’s lead couple expresses their love of the game of “up and down,” hot and cold. There’s no angst here, no yearning. Just a coy love affair between two people wrapped up in each other’s natural eroticism.

In the same vein, “Silk Road” is a sensual bit of flirtation—the type Junsu’s been injecting into his albums since Incredible (à la “No Reason”). A decidedly more suggestive and musically aggressive take on JYJ’s single, “Back Seat,” this song urges Junsu’s shy lover to away any shyness she may feel. He’s sure to treat her the way she wants and deserves to feel. The composition is equally sensual. Use of traditionally Eastern instrumentation further plays on the metaphor of the “Silk Road” (a network stretching from China to parts of Europe) as a passageway for Xia to become more familiar with his lover’s most intimate places: “Don’t be shy and come to me / Open the tightly shut silk road / Don’t be anxious and loosen the strength of your legs.” There’s less left to the imagination here, but it’s no less sensual. With another cameo from an up-and-coming hip-hop presence, BewhY of Show Me the Money 4 fame, the song continues Junsu’s appreciation of Korean rappers.

Just Like Yesterday culminates with acoustic versions of his most popular singles: “Tarantellegra,” “Incredible,” and “Flower.” While I have mixed feelings about the Latin-inspired composition of “Tarantellegra” (a track I wasn’t particularly fond of in the first place), I’m more than a bit impressed with the reimagining of “Incredible”—a song that I actually really disliked. Reworking the mostly cliché dance construction of the track into a subdued R&B piece of piano magic made this song more impressive. Sometimes slowing a track down from the bright colors and ostentation of its original intent allows a listener to actually appreciate what the song does lyrically. Though bits like “You put your swag on” still rankle, the mellower composition makes the simple boy-meets-girl storyline less after-school special and more earnest tale of love at first sight. 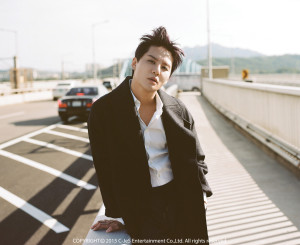 Perhaps the most effective reimagining is that of “Flower.” The song was already powerful in its full orchestral composition, but stripping it down to a single cello, piano, and Junsu’s poignant vocal adds a layer of emotion to it that one wouldn’t think possible. Adding pared-down bode instruments and masterful drum work at the song’s chorus and apex, the song retains its power, perhaps elevating it for some who found the song more self-indulgent than beautifully crafted.

Another ballad thrown in, track “The Rabbit and the Tortoise,” adds nothing to the mini-album. Those who love Junsu’s ballad work will appreciate it for what it is, but as what tends to be the case with Junsu’s albums the more traditional balladry is more filler than a substantial addition to the album as a whole.

Though not at all matching the intensity as his earlier release this year, Just Like Yesterday is still a beautifully rendered piece of music. Disregarding his EP for play December, this is his first solo mini-album, and he does a masterful job of constructing it. Though not as diverse as a full-length release, there’s still enough creativity and vocal nuance to keep this mini ahead of much of the rest that have been released this year. Having been a long-time fan of Junsu yet thinking his releases a bit hit or miss, 2015 seems to be the year Junsu convinces me of his ability to produce more than radio-ready pop compositions and make me really feel the true magnitude of his musical brilliance. 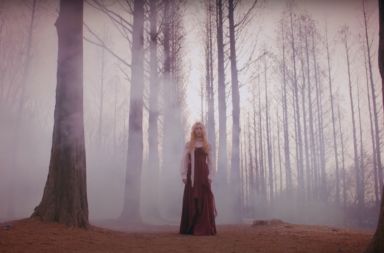