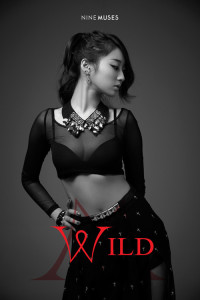 Sex is a part of life. Thanks to Western media, one can become desensitized to the topic because it can be found everywhere – songs, television shows, movies, wherever. On the surface, K-pop is very different. There are a lot of ‘innocent’ and ‘cute’ concepts. Crossing the line can easily get one banned from performing on weekly shows or their music video rated 19+, making it harder to score broadcast points. That is not to say that sex is a completely taboo subject. In fact, there are a lot of songs that do reference and talk about it. Which is why, today, we are talking all about those songs.

Talking about such a topic always comes with warnings. While I will try to keep this as clean as possible, there will still be references to sex and, potentially, sexual acts. If you are, in any way, uncomfortable with the topic, then please hit the back button back to safety.

With that warning out of the way, let’s get comfortable and talk about sex in K-pop songs.

Usually, there are two categories of songs regarding the mentioning of sex or anything sexual. The first are the songs in which sex is covert and subtle. The second category is songs where sex is openly talked about in either unabashed references or shameless innuendos.

For the first category, some can be very muted – maybe just one or two lines thrown in that makes someone double back, before going back to safe ground with the usual romantic theme. But what differentiates these songs from the run of the mill vague songs is that the way they are put together makes no room for the song to be about anything else. Often, these types of songs are sung within the frame of a romance. Songs that come to mind are f(x)‘s “Rude Love” and Nine Muses‘s “Wild.”

Another example is Sunmi’s “24 Hours,” with plenty of lines to choose from. There’s the chorus with “24 hours are not enough/ When I’m touching you and you’re touching me,” but there’s also this bit during a verse:

“The more I drink, the thirstier I get

The more I take, the more my body seeks

I’m falling into you

When I’m looking at you, I forget everything

You fill me up all the way” 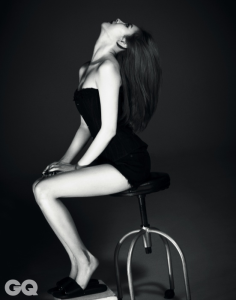 This is where it becomes very clear what she wants: she wants her lover to stay with her for more than the time they have. It works perfectly with Sunmi’s vocals, making the want in the lyrics more real. It also gives a more active voice to the song, as if she is also explaining why she is so addicted to her lover.

From the covert, we then have the overt – openly, unapologetic and shamelessly sexual songs. And there is nothing wrong with it. For the overt, they can further be divided into two types: there is the blatantly sexual, and then there are songs that swim in playful innuendo.

“Don’t be scared, I won’t hurt you, I know you want me

I’ll be your guide on this lonely night, so call me

Now you’re my master and I’m your G-nie, now tell me your wish

Past the stage of ecstasy, we’re trembling

From your head to your toes, I won’t miss a single part

Scream louder, I want to fly

You want to climax, I’ll be your thriller”

The rap verse is almost self-explanatory. It starts with getting the woman to give in and trust him for the night just for pleasure. It describes G-Dragon’s promises for the night: unfiltered pleasure where he will pay attention to every inch of your body. It is not only his end that he seeks, but also delights in his partner’s, wanting to hear his name screamed at the pinnacle points. And with the G-nie line, it is also clear that he considers her sexual dictates as well.

Here, we can clearly see the difference between the overt and covert. While Sunmi’s seeks to seduce you into a peek of that relationship, “Let’s Talk About Love” is abundant with metaphors for climaxing and other sexual acts. 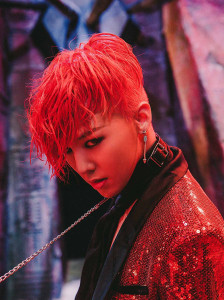 In fact, the song also represents the usual modus operandi of most sex songs, and is also similar in format to Western counterparts. Males promise to bring delight to their sexual partner, to make her tremble, to make her scream his name. It’s him bragging, and often there is little to no romance involved. The sexual act is there for what it is, and nothing else.

Another example of an openly sexual song is B.A.P’s “Body and Soul.” In a way, the song is just as intense as the previous.

The song is sexual from start to finish – it is undeniable from the first beat, which is instrumentally in the same vein as songs such as “Wet” by Chris Brown and “Neighbors Know My Name” by Trey Songz. From the first line (“If you will be mine, I don’t need no more/ We just ride tonight”) to the very end, it is clear what the song is about.

In fact, the song is more upfront and blunt; there is little time for sweetness or flowery words.

“I really want your body.”

“Very slowly and with great detail, I’ll touch you.”

“Tonight, I deliver my heart into your ears.”

The lyrics leave little wiggle room to explain the song away, and the lyrics with the instrumental makes it obvious that the song is about sex. Probably the most unexpected song to come from the group’s first album, it talked openly about sex in a way very reminiscent with plenty of tracks from Western artists: the little water drops that may just be something else, to the subdued nature to contrast with the delivery of the song. 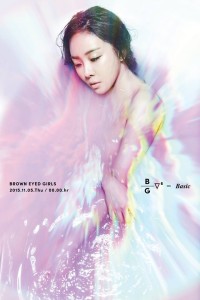 From the openly sexual, there are the songs that delight in using playful innuendos all throughout. In case you were thinking that it’s just the males that openly talk about sex, there are females as well, and who else better exemplifies this but Brown Eyed Girls. The, rightfully, adult leaning group does not hold back. From “Abracadabra,” to their latest outing with “Warm Hole,” to solo songs (“Bloom” anyone?) and unit tracks such as “Tonight,” the group is not embarrassed to talk about it. Another example is “Recipe.”

“Sometimes fresh, sometimes sweet, I want to satisfy you”

I want to make you cry my name”

The innuendos used are all food based, because it is very easy to be playfully seductive with a bunch of items you see on an almost daily basis, especially if they happen to look very phallic. The chorus basically translates to dressing oneself up, either as “sweet” or “fresh.” Seasoning roughly is the different products such as body oils that enhance the experience. All combined, it is a recipe made just for their partner.

Another track that is jam-packed with sexually charged innuendos is VIXX’s “Secret Night.” In this song, it starts somewhat innocently enough but the intention becomes clear in Ravi’s rap.

“My entire body has hardened, she’s cooking her own recipe

We don’t need to elaborate on what gets hard, and the recipe analogy has been discussed above with “Recipe.” Mezzoforte, for those who don’t know (or have forgotten their music classes), is a musical term that means moderately loud — to increase in volume in moderation. Ravi is basically saying to yell louder, to “make it stronger.” 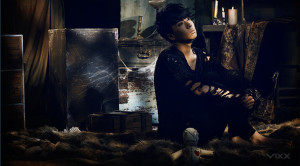 As for “Shocker” which is repeated all throughout, it refers to a hand gesture that is filled with sexual connotations (Google is your friend, everyone). And in case it wasn’t clear, there’s an additional line of “Two will become one, filled with secrets, you and I.” So yes, they had sex, if there was any doubt.

With these songs, there are several observations that can be seen. One is that male artists have the opportunity to be more blatant, while women have to resort to vague language. This is due to the social construct of virginity that, from an outsiders view, is a thing in South Korea.

This explains why most of mainstream female acts veil any talk of sex in their songs, unless if they are purposely going for a sexual concept. That is not to say that young women don’t have sex, for there are studies and documentaries that touch upon the prevalence of the act among those in their 20’s. But this, and other differences in view, is a topic for another time.

A second observation is that as female artists grow, they become bolder with their words. This can be clearly seen in the lyrical growth of Brown Eyed Girls. While there were already sexual themes in their breakout hit, “Abracadabra,” they group has grown bolder with each release, possibly hitting their climax with the no holds barred “Warm Hole.” But the question is: are they, perhaps, an exemption to the rule? While it is true that Hyuna has been doing more sexually charged concepts, her lyrics do not elaborate as much. Currently, it remains to be seen if any female artists decide to have comebacks so consistently charged such as Brown Eye Girls, and to a certain extent, Hyuna.

Are there any other observations you have regarding K-pop and sexual songs? Any particular favorite songs or lines that comes to mind? Comment and tell us down below!