The past few months have been pretty much an endless stream of releases from the Nine Muses’. Barely after being done with their last single, “Dolls”, they have got a new one, titled “Wild”.

Like most Nine Muses’ singles, it does not stray far from the retro-infused Sweetune sounds, and makes the most of the group’s vocal abilities, though I would have to admit there are one or two in the group that can hold a tune or two. To sum up, the song is worth a listen, and is a pleasant surprise especially for those who have written them off after the mess that was “No Playboy”.

However, the whole point of this review is not the song, but the MV, which for some reason has been slapped with a ‘19’ rating. For 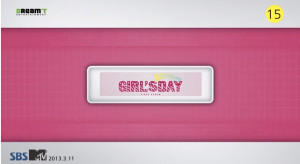 those still unfamiliar with the whole concept, here’s a quick primer. After some new rules introduced in August 2012, every Korean music video uploaded onto YouTube or broadcast in Korea needs to have a rating shown at the start of the music video in a corner (example being on the upper right).

The ratings are assigned according to content, though as we would see later, the criteria by which the music videos are judged are pretty muddled. One thing that is certain though is the ruling for music videos rated “19” are slapped with age restrictions for online viewing, as well as only being allowed to be broadcast on television after 10pm in Korea.

Despite the initial controversy surrounding the rating, we now have companies that openly encourage the rating (if only for the news worthiness), and now we have reached the point where a company (Star Empire) does not bother to dispute the ratings and just rolls with it, despite the potential for reduced commercial success. 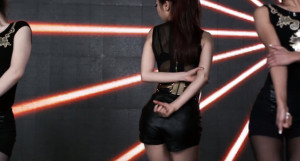 The interesting thing here though is, I watched the whole Nine Muses’ video, and really struggled to find anything that merited the “19” rating. Okay, so the music video has the obligatory sexy dance moves, but Girls’ Day’s latest release had way more (left), and got away with a “15.”

Okay, so maybe the song implied love of another type. However, the Nine Muses’ music video does not appear to imply any form of homosexual thought or behaviour. Even then, homosexual themes do not necessarily merit a ’19’, even in the case of a country where homosexuality is still a grey area like South Korea. As an example, K.Will’s “Please Don’t”, which touched on an unrequited and one sided homosexual love, still got a “15.” And Japan, another big cultural exporter? Considering how mainstream the girl group was, and despite the innuendo being rather obvious (two girls kissing each other are recurring themes), the reaction was surprisingly muted in this case.

Okay, maybe there was some really disturbing imagery. However, the only shot which I found acquired taste would be the shots of the lips with jewels on them. 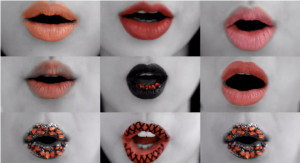 In fact, the only thing which I found objectionable (maybe to the censors) would be the one where a member lies on satin sheets, and then it cuts to a close up of her squeezing them. 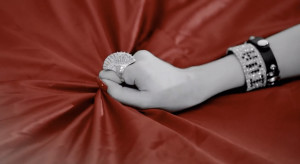 If that was the case for them giving the whole music video a “19,” I have three theories:

1. The MOGEF, the government ministry in charge of distributing these ratings, can see things which the average viewer does not, so what I deem as perfectly normal, they consider very amoral.

2. Having been numbed to the sight of endless chest thrusting, butt shaking and toned abs being exposed to a more novel and sophisticated brand of sexuality was too much for them.

3. Maybe it is pointless to make any sense of what the MOGEF does these days.

Apart from this music video showing how absurd the whole MOGEF case is, it does raise a very interesting question on the topic of censorship and taste. What if all the tacky dance moves that we have ranted against in our reviews were done just to appease the MOGEF, and that far more sophisticated ideas risk being not tolerated?

And how is it that some bigger companies seem to get away with ridiculous ratings, while other companies just have to bear with the ratings, and how there seems to be little standards on the content that justifies the ratings.

While the MOGEF’s stand on Nine Muses is certainly open for debate (and in the comments below), my rating for the music video would stand at a firm and clear 3.8/5, for the alternate take on sexuality and seduction.