This past week has seen IU embroiled in a lot of controversy. Chelsea covered all the issues plaguing the singer in our latest Week in Review, but the one that has captured the public’s attention the most has been the issue involving the song “Zeze” off IU’s new mini album Chat-shire. The issue has consumed attention for days and has even made its way into Western media publication The Guardian.

Those who have read Brazilian writer José Mauro de Vasconcelos‘s book My Sweet Orange Tree (translated into English from the original Portuguese O Meu Pé de Laranja Lima) would already be familiar with the references to the story that appear in “Zeze.” The book is an autobiographical tale, in which the author conveys his own childhood experiences through the character of five year-old Zeze.

Coming from a poor family, Zeze grows up in stressful environment that deprives him of the level of affection and attention he craves. Zeze is also described as a prankster, which also leads to him receiving physically and verbally abusive treatment from his family, particularly his father. However, moving to a new house enables Zeze to find solace in the titular orange tree in his backyard (which he names Minguinho), before making a new friend. The owner of a very active imagination, Zeze believes the tree can talk to him. It is this aspect of the book IU used when she penned the lyrics for “Zeze.”

You’re innocent, but so clever

These two lines capture her interpretation of Zeze, which she also expressed during her V App chat on the 24th of October, following Chat-shire‘s release (at 42:32; you can also watch on YouTube here). IU said that she saw a duality in how other characters perceive Zeze — some characters call Zeze bad, while others call him kind —  and wished to portray that, from the point of view of the tree itself. IU thought of Minguinho as a girl, who adores Zeze but feels jealous when he spends time with his new friend instead of her.

IU gave a similar answer regarding “Zeze” during the showcase for her album. But she used the word “sexy” in her answer, which created an uproar. The understanding became that IU was referring to Zeze as sexy; and referring to a child as sexy is a condemnable action. Many criticised IU’s choice of words, as well as her depiction of Zeze’s relationship with the orange tree. The lolita-inspired concept of Chat-shire was also connected to “Zeze,” via the lyrics and the depiction of Zeze on the album cover in a pin up pose and fishnets. Before you knew it, IU was being called a pedophile.

Using the word “pedophile” when the only proof is song lyrics and a photoshoot is not only a tone-deaf way of expressing disapproval over applying adult themes to children, but also could lead to legal repercussions. IU is already taking action against internet users who edited images of her to appear naked, and I would not be surprised if she could, and does, do the same here. It is also a distraction, as it takes attention away from the issue at hand. 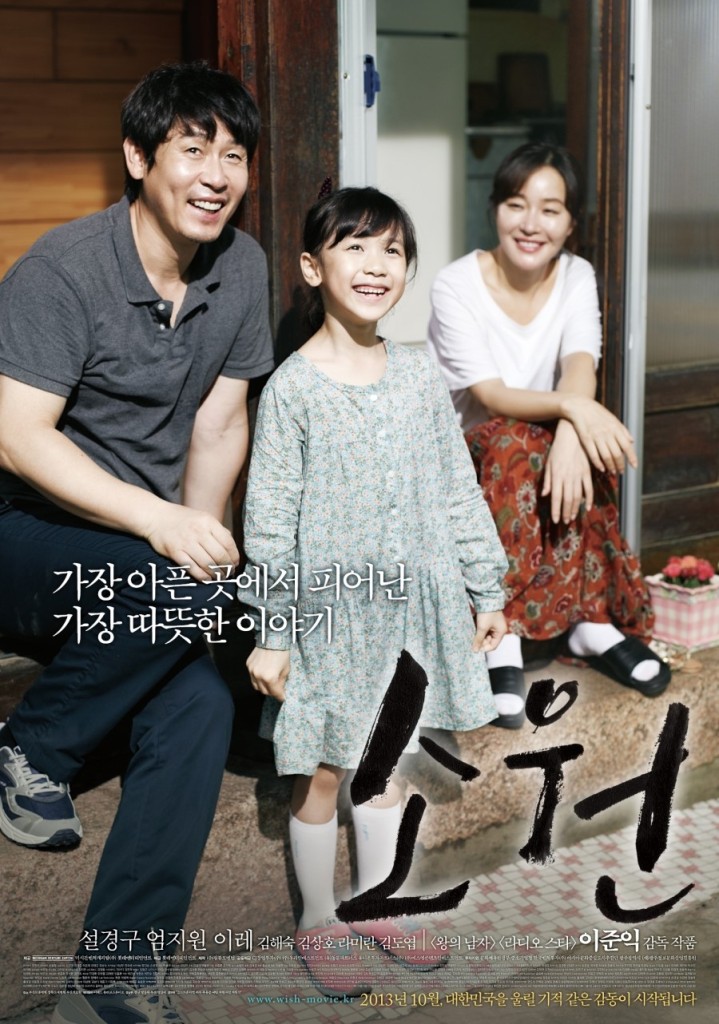 Speaking of distractions, there was also a chain of criticism that took place among notable names in the arts. The Korean publisher of My Sweet Orange Tree, Dongnyok, criticised IU’s perception of Zeze; this was followed by critic Heo Ji-woong admonishing Dongnyok, who was in turn criticised — along with IU — by the screenwriter for Hope, a dramatisation of the events of the Nayoung rape case. This chain of criticism was followed because the people mentioned were of note.

However, it is important to remember that none of these parties, though they stand by their convictions, have any authority in this matter. The only person who would get a final say is the author himself; however, José Mauro de Vasconcelos passed away in 1984. And while some may consider Dongnyok to be speaking on behalf of the author, the fact remains that they are just the publishers. They did not write the book, and so their opinion is no more authoritative than that of any of the critics, or screenwriters, or IU herself. Furthermore, those criticising or supporting IU should not look to these opinions to authenticate their standpoint. They may be used as support, but they won’t work to make one side look more legitimate than the other.

But let us leave the reactions and take a closer look at the content that has elicited such a strong response. The lyrics for “Zeze” (at least their English translation) can read as being sexual; but those who have read the book have been able to offer an alternative, less sexual interpretation as well; these include less salacious explanations of the hook “climb up me” and the references to plucking leaves and flowers.

What stands out most to me is how IU talked about seeing Zeze’s relationship with the tree, Minguinho, as akin to one between a boy and a girl. And considering our tendency to automatically consider everything as heteronormative, I think it is safe to say that IU likely romanticised this relationship in her mind — and thus, that the lyrics for “Zeze” do contain sexual innuendo. Whether doing that is inherently wrong, I cannot say — after all, we all have our own headcanons — but I can appreciate that it is not the majority view and that many readers of the book will disagree with this view.

And there is nothing wrong with that. Everyone finds something different to hold onto when it comes to art, entertainment and literature. Different things make different impressions on different people. The reaction IU had to Zeze and Minguinho’s bond may not have been what José Mauro de Vasconcelos had intended; but no one can take away one’s personal reaction to an aspect of a creative work — even for one that is strongly based on real life. 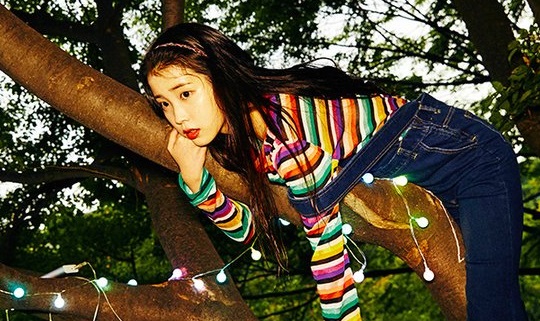 But as much as I respect IU’s personal view of My Sweet Orange Tree, I cannot accept the way she used Zeze’s story and his relationship with Minguinho as a vehicle for her own agenda. The concept of Chat-shire is of IU confronting the way she has been portrayed in the past; she addresses the lolita-esque concepts of her past releases in an aggressive manner, and is using her music to redress how she was — and continues to be — perceived.

But she has completely missed the mark by projecting her personal issues onto a character who does not share her experience. Zeze’s story has basically been co-opted by IU, and not in a way that achieves her goal, either. There is no subverting of tropes or any intelligent commentary made — it is just straight up internalisation and projection of romanticisation and sexualisation of minors by IU.

She not only had a different experience to Zeze in My Sweet Orange Tree, but IU also uses Zeze’s confidant against him, which is all the more off-putting. She actually takes the insults hurled at Zeze by his family and puts them in Minguinho’s mouth. Perhaps IU is trying to recreate her own dilemma over her self-perception — something she succeeds at in “Twenty-Three” — but, again, Zeze is not the best character to use in conveying this sentiment.

This sort of co-opting is similar to what singer Ali did with her song “Nayoungee,” which referenced the case of ‘Nayoung,’ a pseudonym given to a young girl who was brutally raped. The case drew national attention due to its horrific nature. So when Ali sang about the Nayoung of her song “selling [her] body, selling [her] soul,” the backlash was fierce. Ali later apologised and revealed that she too was a survivor of sexual abuse. However, the fact remained that, despite going through similar experiences, it was not Ali’s right to use the experience of another survivor in the way that she did. 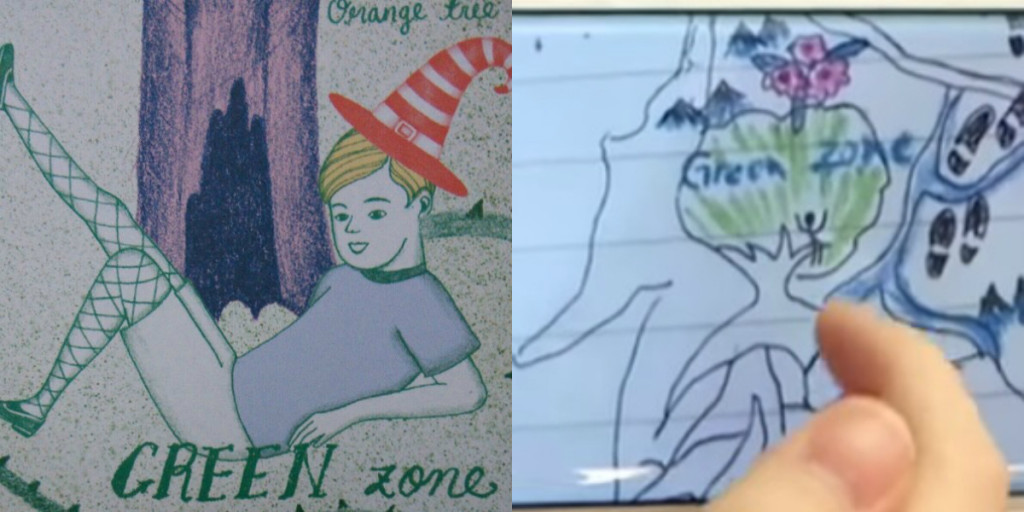 Also off-putting is the Zeze pose on the album cover. IU’s original drawing had a stick figure Zeze sitting in a tree, which is vastly different to the finished product she received from the designer. In addition to the pin up pose, the positioning of Zeze’s lap with the tree appears phallic as well. There is also debate on whether the boy in the image is wearing fishnets and/or bottoms, as the colouring can make it seem like the boy is naked from the waist down. Looking more closely at the image, though, shows that the boy is indeed wearing shorts over the fishnets.

However, I can’t help but feel that the ambiguity was intentional, as you have to look really closely to figure out that clothing is present. it feels like an inside joke, where the designer (and by extension the rest of the team) is delighting in making people do some work in sating their curiosity. And considering this alongside other factors like the pin up pose and the tree placement, there is a sleaziness present that I cannot brush off.

Don’t get me wrong: I do have sympathy for IU. When we talk about sexualising minors, IU is someone who has experienced it first hand, on a bigger scale than being checked out by older men while walking down the street. Just think back to her debut MV “Lost Child,” and how a 15 year-old IU’s interactions with the male extras is staged.

This wouldn’t be the only instance for IU, and she is not the only underage idol to experience being sexualised: remember Chocolat member Tia‘s photoshoot with Ji Hyun-woo, BTS‘ Jungkook flashing his abs, Krystal’s own bra flashing, the 14 year-old in Super Junior’s “Devil” MV… The list goes on. But, in an attempt to redress the treatment she received, IU only perpetuates it by giving the same treatment to a 5 year-old character.

A few days after these issues first surfaced, IU issued an apology, expressing regret that her work had been interpreted in such a negative way, since she had not intended to sexualise Zeze at all. She apologised to the readers she had hurt with her interpretation; she also apologised for another controversy, involving the unauthorised use of a Britney Spears song in her OST from The Producers, also called “23.” However, there was no mention of the Zeze illustration, and there was talk that an apology could have come sooner. Regardless of her apology, whether IU fully understands the full consequences of her actions is still up for debate.

As mentioned earlier, there has also been criticism of IU’s lolita styling for Chat-shire, which I will cover in Part 2. For now, though, there is the question of how this controversy (along with others) will affect IU and her current round of promotions. She did win an award at this weekend’s Melon Music Awards (for Infinity Challenge‘s “Leon” with Park Myung-soo), and she also took out first place on Inkigayo. But there has also been talk of concert tickets being refunded, and fans even blaming IU’s boyfriend Jang Kiha of all things. Then, there is the planned showing of a documentary about the Chat-shire creative process, slated for release on the 14th. How that will be affected remains to be seen.

Readers, what are your thoughts on IU’s depiction of My Sweet Orange Tree‘s Zeze and the reaction to it?