Zion. T is easily one of the jazziest Korean R&B artists that’s producing music right now. His debut album “Red Light” showcases his soulful voice and writing capabilities, and earned him the “Best R&B and Soul Album” at the Korean Music Awards in 2013. His recent singles have only continued to build off his success, with “No Makeup” reaching number one on Melon within minutes of him releasing it.

“No Makeup” is thematically similar to his last single, “Eat.” Lyrically, both songs are about Zion. T expressing support for his significant other to be happy with who they are. What “Eat” does to help ease the stress and anxiety of everyday living, “No Makeup” does for societal pressure to always be put together and dressed well.

What makes “No Makeup” so different from other songs with a similar theme is that Zion. T uses language that doesn’t belittle the choice of his significant other — rather he tells her that while she feels like she needs to put on makeup, do her hair, and wear fancy clothes, she really is beautiful with or without all that. During the chorus he tells her,

While the chorus is encouraging, the lyrics for the bridge come off as questionable upon first listen. He says she’s silly for not believing him when he tells her that she’s beautiful, but Zion. T then reinforces that everyday, no matter whether she’s wearing makeup or not, he finds her beautiful. While the last two lines are Zion. T telling her that he always finds her beautiful, the previous two counteract that sentiment.

It’s hard to accept the sentiment fully with him calling her “silly.” The bridge falls into the same trap that many other “self acceptance” songs written by men fall into: tell the woman that she only needs to listen to what he thinks about her beauty. While the overall theme and message is great and empowering, it becomes problematic when the lyrics put focus on the preferences of the male singer rather than the preferences of his subject. Songs that are meant to empower women and encourage self-love can be easily derailed when this happens.

Even with its questionable bridge, “No Makeup” is groundbreaking for Korea. The pressure for women to wear makeup and put a lot of effort into their appearance is far greater than it is in the United States. If you’ve ever watched “Roommate,” you may remember how big a deal it is for the female idols to be shown without their makeup on. Even around the people they live with, they frequently are hesitant of showing their bare face, even if there are no blemishes to be seen.

That said, the majority of the lyrics for “No Makeup” don’t place Zion. T’s preferences above his significant lover’s. The bridge section is really the only debatable section in an otherwise excellent song that succeeds at encouraging women to feel comfortable being bare-faced. 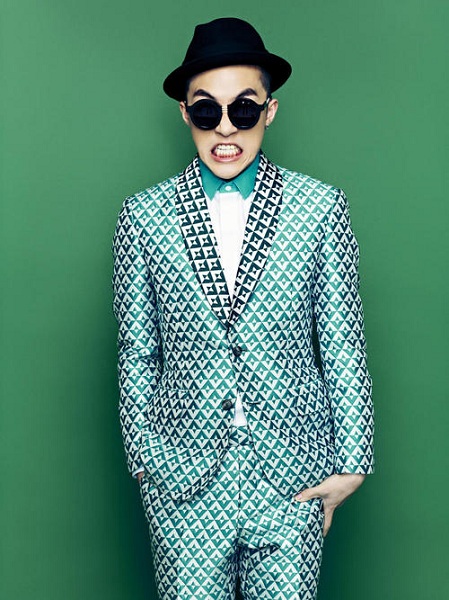 Musically, the song builds on Zion. T’s unique voice using a grooving bass line and is complemented by the bright synth. Its atmosphere is much lighter and happier than “Eat,” though both feel laid back. “No Makeup” has a more overt jazz influence than his other material as well. I think because of that influence the song stands out.

Zion. T also feels earnest as he sings, like he wants to stress how beautiful he finds his subject. The poppy synth in the background helps reinforce this feeling while the bass line grounds the rest of the song. “No Makeup” is the kind of song you can listen to over and over and appreciate a new different aspect every time.

The visuals for the video are simple. It’s all in black and white with Zion. T and his band in what looks like an airplane hanger. Zion. T’s signature sunglasses and his generally swagalicious attitude are on full display in the video, with him grooving with his band and wandering around the set. The simplicity of the whole video complements nicely with the music and lyrics of “No Makeup;” it really let’s the song and it’s message take center stage.

Zion. T’s “No Makeup” is a strong song that will continue to stand out. Its message and themes is overwhelmingly positive, even if there are some disputable areas. If Zion. T continues making music like this, his positive impact on Korean music will only grow.