Hyunseung Makes His Solo Debut with "You're the First" 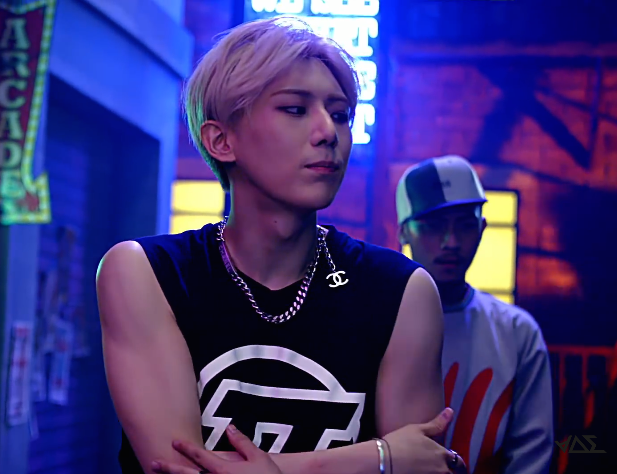 With Beast in between comebacks, it was only a matter of time until one of the members gifted fans with a solo project. That member turned out to be the multi-talented Hyunseung, best known outside of Beast as one half of the duo Trouble Maker.

It is because of Hyunseung’s Trouble Maker activities that this does not feel like a solo debut. Or perhaps it is the confidence with which Hyunseung performs that dissolves any notion of “You’re the First” being a debut. Whatever the reason, it’s no exaggeration to say that Hyunseung’s solo debut is both impressive and enjoyable.

The music video follows a lovestruck Hyunseung as he tries to win the heart of his affections, actress Hwang Seung-eon. At first, she fends off his advances with an amused air before falling for him later in the video. Their push-and-pull relationship is entertaining to watch especially because Hyunseung respected her boundaries for the most part.

While there were two objectifying shots of Seung-eon’s breast and thighs, overall, the MV did a good job of giving her agency. Because of this, the brief shots did not register as a large issue of the video. What I could not understand, however, was Hyunseung writing ‘Holla’ on her body. Out of all the lyrics in “You’re the First,” he chose ‘holla’ instead of something that made sense. And on top of that, he wrote with a crayon? 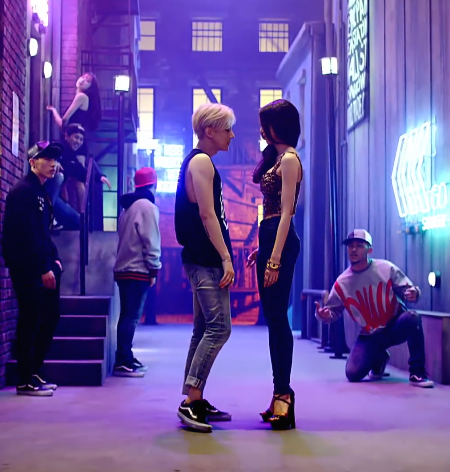 At least the aforementioned scene is not as nonsensical as the shots of Hyunseung boxing the walls during Giriboy‘s rap. I think it is supposed to signify Hyunseung’s energy and sexual frustration but then again, I may be reading too much into it.

And speaking of Giriboy, his rap was good but forgettable. Neither his rap nor his scenes stood out; this MV was Hyunseung’s through and through.

The best scene of the MV is the ending scene in which Hyunseung falls asleep on the couch. Pushing down an erection, he wakes, believing that getting the girl had all been a dream. But when he turns around, he sees her on his sex swing, clothed in just a shirt, implying the two had done the deed.

I find this scene interesting for two reasons: the fakeout and the implied erection. The MV deceives the viewer, leading us to believe that Hyunseung only dreamed of succeeding with his crush only to immediately play with the narrative again, showing us that he truly did succeed. The implied erection is interesting because I cannot recall a music video where male idols physically allude to an erection. Sure, there are music videos filled with tons of pelvic thrusts and crotch grabs, but nothing this implicit. 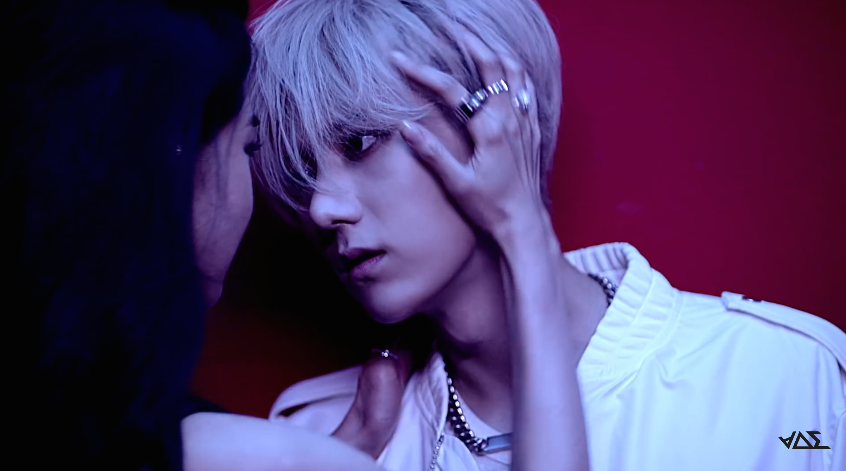 Of course, the argument could be made that Hyunseung is trying too hard to be seen as a mature and sexy adult and the erection is a way of showing how “edgy” he is.

I can see why some fans may think this, especially when this is juxtaposed with scenes of Hyunseung’s childishness — just look at his face as he writes on Seung-eon. To me, however, Hyunseung captures the young adult male essence perfectly. What early-twenties man isn’t a mix of childishness and maturity?

In addition to an enjoyable music video, the song is catchy as well. Hyunseung’s unique timbre is on perfect display, especially in his part after Giriboy’s rap. The chorus may come off as repetitive, especially with the synth and trap beats, but I find it oddly engaging. “You’re the First” isn’t groundbreaking artistry, but it’s fun and catchy — the perfect song to usher in the beginning of summer.

“You’re the First” doesn’t feel like a debut for Hyunseung because of his presence in the K-pop industry and his stellar live performances; his vocals are incredibly stable for the amount of dancing he does on stage. The MV for “You’re the First” captures the fun of the song, making for a light and entertaining view, while the addictive beat draws the listener in. “You’re the First” isn’t going to be song of the year but it’s a lively listen, perfect for a summer pool party.