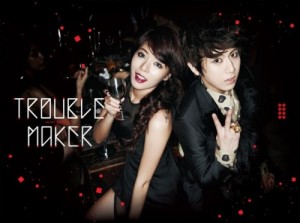 On May 8, the K-pop world saw the solo debut of Hyunseung of Beast. However, this isn’t the first time Hyunseung has done promotions outside of his group. In honor of his debut, this edition of the K-pop Throwback is dedicated to Hyunseung’s breakout work.

What put him on the map as a tour de force isn’t his work within Beast or even before, when he was a possible member of Big Bang. What truly put him in the public eye is something wilder, sexier and riskier. Of course, I’m talking about Trouble Maker.

2011 was already a big year for Cube Entertainment with the debut of A Pink, Hyuna‘s Bubble Pop! and Beast’s Fiction and Fact, which was a critical and commercial smash. Trouble Maker, though, left them all behind. People can say they’ve never heard any of the above, but everyone has heard “Trouble Maker.”

An inter-group unit that was and is best described as the least talented member of 4minute and the least interesting member of Beast, Hyunseung and Hyuna set the K-pop world on fire when “Trouble Maker” was released in 2011. It immediately became an instant classic alongside “Lies” and “Gee”, spawning parodies and covers galore.

“Trouble Maker” is and shall remain a seriously great song. That whistle/snap is one of the most recognizable and addictive hooks in music. It also gives “Trouble Maker” an edge of classiness that provides a great contrast to the lyrics about, well, getting into trouble with someone. The sense of class is built on by smooth horn loops and smoother performances. 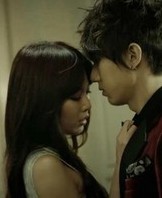 Trouble Maker was brilliantly constructed, the previous snarking aside. In rare variation on the typical coed performance, Hyunseung has the task of carrying the vocals, and he does so with aplomb. His voice is smooth as silk, complementing the instrumentals flawlessly. Hyuna meanwhile has the task of, ostensibly, rapping. In reality, any sense of performance was all on her shoulders, as she has more charisma in one pinkie than Hyunseung has in his whole body. And the thing is, they work together in ways few others could. Hyuna sounds pretty good when carried by Hyunseung, and Hyunseung is clearly able to feed off Hyuna’s energy when performing.

Of course, what really matters when it comes to “Trouble Maker” is not the music, but the boundary-pushing MVs and dances. Trouble Maker’s relationship to the envelope is less pushing it and more shredding it and setting the resulting confetti on fire. Trouble Maker got in hot water over both the video and the choreography, due to the violent nature of the former and the sexual nature of the latter.

The spy vs. spy setup used in the MV was a brilliant choice. Modeled after the James Bond School of Espionage, Hyunseung and Hyuna engage in an elegant interplay of sex and violence. They are faced with the choice of the mission or their lover, leaving it ambiguous how much of their flirting is genuine as Hyuna tries to set Hyunseung on fire, while Hyunseung shoots Hyuna. 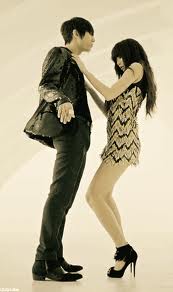 The real scandal of Trouble Maker, bringing them 10 times more attention than anything else, is the choreography. “Trouble Maker” was hit by the MOGEF banhammer hard due to sexual nature of the dancing. What “Trouble Maker” is, more than sexual or raunchy, is tactile. Hyunseung and Hyuna weren’t doing anything that much sexier than other groups, but the two were almost always touching, even if it was in small ways. This both elevated the feeling of being unable to keep apart, no matter how much trouble someone is, and turned the sex appeal of “Trouble Maker” up to eleven. Hyuna and Hyunseung have an intensity that is hard to match in K-pop, giving Trouble Maker that more of a unique place in K-pop.

Looking back, “Trouble Maker” was a real watershed in K-pop in terms of what is broadcast-allowable and what isn’t. 4minute had to alter their choreography for “Mirror, Mirror” twice due to the knee spread move, but three years later, Girl’s Day had no problems with a similar move. “Trouble Maker” broke all the rules for allowable and acceptable in terms of sexiness, and in the process, turned Hyuna and Hyunseung into superstars.