FT Island Finds Their Voice with "I Will" 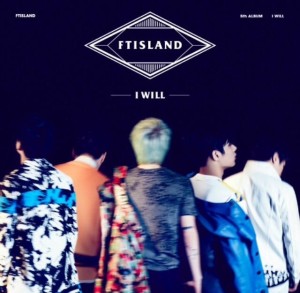 An album nine years in the making, FT Island has released their (mostly) self-composed and written fifth album, I Will. The group has been fighting with FNC Entertainment to be able to release the type of music they wished to in Korea and now, they’ve finally been able to fulfill that wish.

The album opens with a beautiful orchestral instrumentation, but the introduction doesn’t quite prepare you for what’s about to come – at least until the very last song. Although each song sounds different, they still are cohesive in overall rock-ness.

Title track “PRAY,” firmly sets the tone of the album: rock. “PRAY” is by far grittier and tenser than the other tracks on the album. The pleading of a man who is losing his faith, yet continues to pray and reach out in hopes of an answer from god is not the typical Korean fare for the band. Musically, the song is a driving, rhythm guitar heavy song. With Hongki‘s fervent vocals, the song is a strong and quick-paced prayer.

“PRAY” is rather anomalous in relation to the rest of the album, as no other song is strongly similar in sound.  Lyrically, however, it’s not the only darker song.

“Black Chocolate” is the first of three remakes of FT Island’s Japanese releases. It originally was on the 2013 album, Rated-FT, and now it’s been released in Korea. It, too, features lyrical darkness – quite literally. The lyricists (Hongki and Kenn Kato) compare a person’s love to being the dark and constrained. Like many of their Japanese releases, “Black Chocolate” (as well as “To the Light” and “Time To”) combines a bit of electronic flair to the mix. Although not incredibly obvious, there is a different sound during the introduction, bridge and guitar break.

The third track, “BPM69,” provides the first glimpse of what FT Island is known for in Korea: ballads. But don’t be discouraged, this is not a soft pop-rock ballad, but more of a strong ballad commonly associated with the hair bands of the ’80s and soft-rock bands of the ’90s. There’s even a smooth lead guitar solo break. We also have Jaejin really show off his vocal powers in this song during the bridge. “BPM69” takes on an even better sound in the closing, 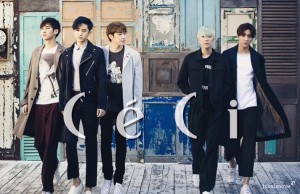 with the harmonizing vocals adding depth.

“BPM60” also continues the darker road for the group. Despite the soft, acoustic-electric rock blend, the lyrics aren’t about a sweet love, but rather how one’s heart leaves when love leaves. The singer questions if they’ll ever find the light – which they don’t seem to quite be able to in the album.

The “softer” side of the album continues with “Do You Know Why?” – which describes a relationship in which a person wants his partner to show real emotions instead of being sweetly placating. This track is more along the lines of what FT Island typically puts out in Korea, but yet is still a bit stronger. Bringing in the keyboard allows the song to be more on the mainstream side of things.

“Hey Girl” is as close to FT Island’s typical Korean music as the album gets, both musically and lyrically.

Hey girl I don’t know you but it’s a love (I love u girl)
Oh no, you’re beautiful, I’m being filled with you oh
Hey girl, I want you, come into my arms
I want to make my life for you oh oh ooh ooh

With its love-sick puppy lyrics and “oohs,” the song is almost downright bubbly. If “PRAY” was anomalous for being gritty, “Hey Girl” is on the opposite end of the spectrum. Even the guitar break is on the lighter side. Not that the song is bad – it’s quite the uplifting departure from the previous songs. Perhaps that’s why it’s included: to bring the listeners up again.

The pre-released “To the Light” is another Korean remake of a Japanese single of the same name.  Another song about trying to find release and break away, the song is a combination of desperation and fighting spirit. With the combination of Jaejin and Hongki’s voices, the sound rotates from the plaintive softer vocals to the earnest power vocals, which match the lyrics of lamenting one’s problems and then attempting to leave them behind.

You can’t ignore how interesting it is that “To the Light” is before “Time To” on the track list: the clicking of a clock is heard at the beginning of the former song, and the latter song is about time.

“Time to” is the third (and final) Japanese single remake. A raucous call to arms, the song is rather uplifting. While the previous tracks took a desire to rebel role, “Time To” is actually doing the fighting. Like the lyrics, the music is a head-nodding rocker that gets you moving. It helps instill the fighting spirit. The rhythmic guitar is persistent and the song just spurs you on.

Jaejin releases his inner stalker with “그림자(Shadow).” The song is a song about being essentially obsessed with someone who doesn’t want you back.

The subject wishes to possess the other person like they are an object, but hides this obsession behind the guise of love. No matter how much the person hides, they simply can’t escape. The music is pretty fitting for the song: the disruptive, off-beat rhythm is as imbalanced as the lyrics. And like the lyrics hide the obsession, the sheer creepiness of the chorus attempts to hide behind a “happier” sounding music line. It’s not entirely working, as the song switches back to the rougher tone. 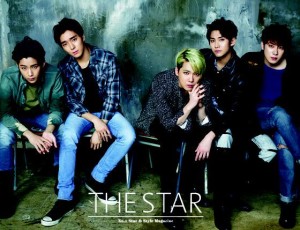 In “Please,” Jonghoon lyrically continues the search for a light while in a dark relationship. Except, this time, they aren’t pushing away the other person, but are trying to continue to hold on – which connects to the previous song. The best thing about the song is the consistent guitar breaks. Instead of one big show-off moment, the lead guitar gets the spotlight throughout the song. This probably is because Jonghoon, the lead guitarist, helped compose the song.

“빛(Find a Light)” begins where the intro left off.  It wraps up the album, but also brings you back to the beginning. While the group still hasn’t found the light, they know if they fight for it, they will. It slowly builds up, relying on Hongki’s vocals to carry you through two verses and a chorus before the rest of the band (other than the piano) joins in. The buildup leads to quite the nice guitar solo and choral ending chorus. The key change adds even more impact. Just as it builds up, it dies back down to the simple piano.  This backing down eases you back down into a state of rest. 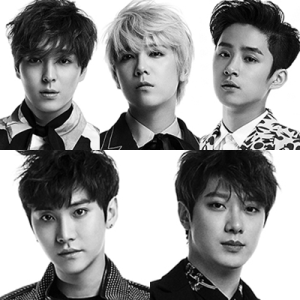 With all the members, except drummer Minhwan — perhaps that’s why he got the awesome special teaser — taking part in the lyrics and music for all songs, I Will is a reflection of the group’s capabilities and true colors.  The inclusion of remakes of previously-released Japanese tracks makes sense in the grand scheme of things. This is not a new sound for the band; it’s simply them being able to finally show what they’ve been doing all along.  This truer sound is not the only good thing that has come from FT Island getting this album: member Jaejin is getting to showcase his role as another vocalist, and not just in the background. His lighter tone is a good match for verses, and helps relieve some of Hongki’s vocal responsibilities.

FT Island is shedding their “idol band” reputation in Korea and showing what they are: a rock band, who just happen to have good looks. While listening to I Will, the question is “What took so long?”