The competition is only heating up as we move into the Round of 32 where the contenders will distinguish themselves from the pretenders. Many of our favorites made it past the last round but there’s no telling what will happen from here on out. Here are those who remain: 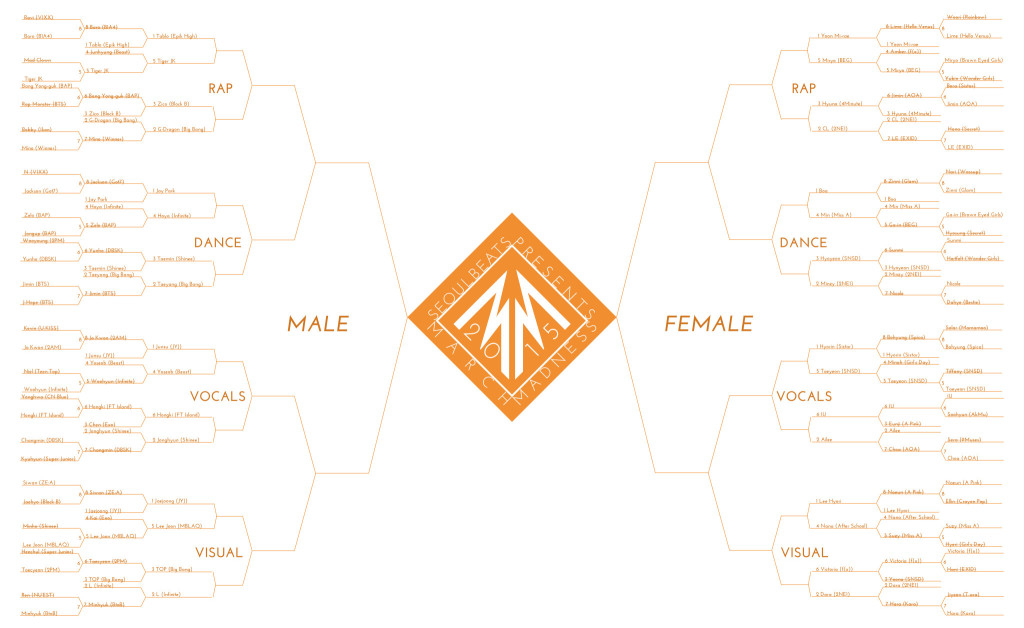 All the long shots have been eliminated and now only the strong remain. Two surprises from the female region came from Victoria and IU as the two six-seeds knocked off some heavy competition in Yoona and Eunji, respectively. For the guys, very few underdogs are left; only Hongki and Lee Joon remain from the Qualifying Round. Will these dark horses be able to continue their run?

There are many big time matchups to keep an eye on in this round. Don’t let your faves down. Vote for them any way (or as many ways) as you can. Voting for the Round of 64 ends on March 15th at 11:59 PM EST.