A "Revamped" 4Minute is Back 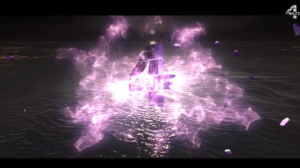 The first of the major comebacks of 2015 has been announced! Cube Entertainment  has released the first teaser for flagship girl group 4Minute’s latest comeback. Their last  group comeback was last year’s 4Minute World with the title track “Whatcha Doin’ Today?”. In the interim, they’ve all been working on their solo careers: Hyuna with “Red”,  Jihyun and Jiyoon acting in web dramas, Gayoon  making variety appearances, and Sohyun getting tapped for the female Big Byung.

For their next comeback, Cube has announced that, for the first time since 2011’s 4Minutes Left, the ladies will be promoting two title tracks. These songs will supposedly showcase a different side to 4Minute’s repertoire, with Cube having made some musical expiraments. The teaser is not much help in determining 4Minutes latest concept, as it consists entirely of a ball levitating to the soundtrack of an action movie, declaring “4Minute Revamped — 9”. It’s not clear what that means, but I’m personally holding out for 4Minute’s first full album in nearly 4 years with a mature yet tough concept. No matter what, come Feburary, 4Minute will be back.

How are feeling about 4Minute’s return, readers? Any guesses on just what 4Minute is revamping?