Mad Clown Explores His "Piece of Mine" 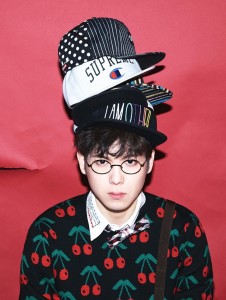 When Mad Clown isn’t fanboying over Hyorin or sending fangirls in a tizzy with his good looks, he raps. With his distinctive sound and flow, he has won himself quite the following and found success.

Such success has also been achieved with his latest mini album, Piece of Mine. This time, he’s managed to have an all-kill and chart on Gaon without the collaborative help of Sistar members. Instead, he enlists — mostly — lesser known artists to feature.

Since “Fire” has already been reviewed, all that can be said is that it’s a wonderfully jazzy tune with the vocals of Jinsil working perfectly with the crazy aura of the track.

The office life is becoming a big issue, thanks to the drama Misaeng. Although a bit odd, it’s not terribly surprising that one track on Piece of Mine discusses the issue in a round-a-bout way. “Coffee Copy Lady” tells a story of a college graduate, hopeful of finding a good job, and ending up being the person in the office who makes coffee and copies, just as the title says.  Despite this, there is still pride in their work and the desire to make a living.

The music combines an organ, a synthesized organ, and a strong bass line. The track is very upbeat and has an underlying funk aspect, especially during the chorus. With the repetitive, tongue-twisting chorus, you can groove and sing along to the song about the salary-man, err, salary-woman.

Third on the mini is the rap ballad, “Hide and Seek” featuring the beautiful vocals of fellow Starship X Entertainment artist, Joo Young. Honestly, I have no idea what this song is exactly about. Obviously, there’s a search for something hiding: is it a love, a dream, himself? He searches everywhere, from the gutter to the alley, seemingly to no avail.

The true beauty of this song is in the instrumental and style of the song. Mad Clown raps quite softly and emotionally; you can almost feel his desperation. The song begins with a simple piano and then slowly adds in strings and percussion. It’s all very gentle and subtle. “Hide and Seek” just flows smoothly along.

“Flower,” featuring rapper Justhis, seems to speak about the desire to leave something behind. Flowers are used to symbolize the memories and treasures we leave along the way, similar to how people put flowers (and fruit) on graves in memory of people they loved. The tracks talks about the weight of worrying and trying to “put on a face,” but not letting it dictate what you give and get.

The song combines easy-listening instruments (piano and light brass) and typical classic hip-hop sounds, like the static radio noise. It is essentially a combination of the previous songs in terms of style. Justhis also shows he has quite a nice rap flow himself, and perhaps is someone to keep an eye out for.

However, “Flower” marks a switch on the mini album in the type of hip-hop track being made. There’s less musicality, so to speak. The instrumental is great, but the song is focused more on what we normally expect from a rap song: stronger words and flow.

It’s not a rap album without a track to the haters, which is what “Population Control” provides. Featuring Paloalto, Justhis, and G2, the men all tackle the subject of people trying to knock them down. However, they’ll keep doing their thing. It’s not completely clear if doing their thing is controlling the population or fighting against population control.

Both “Population Control” and “Battlecry” are electronically strong. With background effects and synthesized sounds (and a simple drum beat), they are similar. They also both use silence to add emphasis. But if you listen, there are vast differences between the two tracks. The former track is lighter on the use, whereas the latter is heavy-handed and sounds like a video game.

“Battlecry” is the final track and all Mad Clown. The song gives off the feel of a freestyle or mixtape track. The flow is so pronounced and distinct, that just silence in the background would have been sufficient. 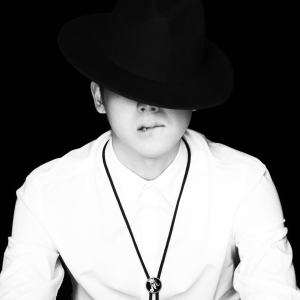 In the song, Mad Clown seems to be building on “Population Control” by continuing to lash out as others in the industry. This time it’s a “keyboard gangster rapper.” Who it is exactly, is a mystery. Perhaps he’s talking about those “rappers” who spend more time making up things on their keyboards instead of on the microphone honing their craft. And perhaps he’s talking about those who use excessive auto-tune. Either way, he has no time for their nonsense and will school them.

Piece of Mine is lyrically diverse (from what can be discerned from a translator). Topics include love-gone-bad and wanting to leave an impact on the world. If you want Mad Clown going off, listen to “Battlecry.” If you aren’t into tougher subjects, you can always listen to “Coffee Copy Girl.”

If you listen to Mad Clown’s new mini for no other reason, do so for the instrumentals. They are unique and different from song to song, and also stand out in relation to other songs coming out. From a classic hip-hop tone to a jazzy R&B, Piece of Mine provides variety.

The variety of the mini album is what makes it great. Mad Clown is letting it be known he’s not a rapper who will just put out a pop tune. He maintains his roots that led him to shine in the first place.

Sistar Ring in the Summer with “Shake It”

Mad Clown Turns Up The Heat With “Fire”