Sistar Ring in the Summer with "Shake It" 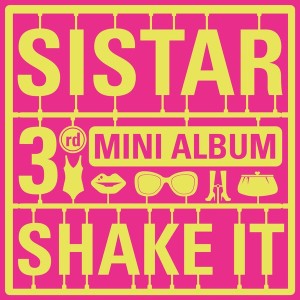 The ladies of Sistar are back with their summer EP, aptly titled Shake It. It’s a simple mini-album, one that’s summer ready and has enough pop to last through the month of June and some of July.

We’ve come to expect pretty great vocals from the group, but musically it’s been a little hit or miss lately. But, hey, one can’t go wrong with a mini-album meant to be the background music of summer vacation, right?

Title track “Shake It” is easily one of the brightest summer tracks of 2015. With nods to Parliament Funkadelic with the intro (particularly track “(Not Just) Knee Deep”), the song starts the album off with one hell of a bang. What especially piqued by interest and excitement in the track was the vocal arrangement, highlighting the group’s harmonies and the power behind the members’ voices. There’s nothing mysterious in this song’s message. It’s purely a party track:

That being said, it’s a summer song on a summer album. Ultimately fans of the idol side of the genre want the sugary pop and fun beats to drive down to the beach to.

Another song that’s got a nod to the past, this time idol songs of the ’90s and early 2000s, “Don’t Be Such a Baby,” has a lovely sway to it, a lilt to the voices and sultry twine to its midtempo beat that’s instantly likeable. WIth help from one of my favorite young MCs, Giriboy, the track has our protagonist bemoaning the childishness of her lover. She wants someone she can trust, someone who’ll take care of her. What she actually has is a boy pretending to be a man. Giriboy basically tells her he doesn’t want to hear it. Bora retorts, telling him point blank to get lost. She’s not his babysitter nor a toy for him to play with:

What should I do?
Just play with you like when I played with a child
You seem like a child
I pretended that I don’t know you when you acted like a child
If you need a toy than just go to the mall
I’m not your nanny just get out of my house

Of course, now that ol’ dude has finally left, it’s time for our protagonist to step out on her own and have the time of her life. “Good Time” is essentially a party song for those who’ve finally gotten rid of the extra weight of a boyfriend they’ve lost interest in. Hey, it happens. And when you finally lose the burden, the first thing you want to do is party:

I took off low-heeled flat shoes now
I can wear high heels
I don’t cry
I’ll shake it off.
It’s something to celebrate

What instantly came to mind when this song started was “OST-ready.” Indeed, it’s one of those songs you find as the theme song to a Wednesday-Thursday dramedy.

From this point forward the album is pretty much your standard K-pop fare–not exactly interesting music or vocal performances. That isn’t to say the girls don’t sound great, as they always do. But that’s the point. We expect them to sound good. We also expect the bulk of the songs to feature Hyorin, which isn’t exactly a problem, but it does make the songs all pretty one-note. Ultimately, it’s tracks like this that really do nothing for me. Though one can’t deny its mass appeal to fans of the bubblegum part of idol K-pop, it’s not my particular cup of tea.

“Bad Guy” held promise, especially around the chorus. There’s nothing in this song that we’ve not heard from every other girl group out there: the man is a dog who’s cheated on our heroine, and she has no hesitation in cutting him loose. On the other hand, we have our unapologetic ex-lover, this time in the form of Mad Clown, making it seem like his girlfriend is the one who’s decided to lose faith in him, biting back with words like, “I don’t hesitate before parting. The unchanging face a little bit after venomous words” and, “What could you do If you didn’t recognize my real self?”

In the end, even though our leading lady proclaims she’ll lose no more sleep nor shed anymore tears after his departure, Bora sneaks in her true feelings:

I can understand in my head but not in mind
My friend said I did enough. So stop missing
But I draw his face secretly
I’m always missing you, bad guy
My everything

Shake It is rounded out with another summer dance track. “Go Up” is a cutesy love song. Our heroine proclaims there’s no one in the world like the one she’s got heart eyes for: “Hey boy, beautiful baby. You drive me so crazy. There is no one like you in the world. Your nose, eyes and lips exist only on you.” It’s definitely a song for the summer lovers, those who fall hard and quick for a season and swear it means forever.

The only real disappointment as far as this album goes are the featured rappers. I’m a big fan of Giriboy, and while his contribution did work to illustrate the guy’s side of the story, there was something sonically off about it. Perhaps it was Bora’s role in their tȇte-à-tȇte, her rapping being a bit off beat. Whatever it was, the feature was lackluster. 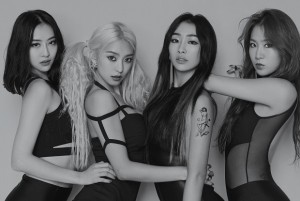 Mad Clown also added very little, if anything, to “Bad Guy.” Another character attempting to give his side of the story, his delivery left much to be desired. It was loud and overbearing, uninspired, and almost painfully off the beat.

The argument, of course, is this is just a K-pop group who wanted to add a little “cred” to the sugary spice of their sound, which is true. However, the songs could’ve been just as well without the contributions thrown in for good measure.

That being said, Shake It is a pleasant summer EP. It has just about the right amount of maturity in terms of musicality and the overall sound of the group to not be saccharine, but it’s it doesn’t really have much of anything that will keep it from melding in with every other summer album out there.

I’ve got to hand it to SISTAR, however. They know how to make the songs soar at moments and get me invested long enough to get through each track nodding my head and with a smile on my face. In any event, it’s always good to hear from them.