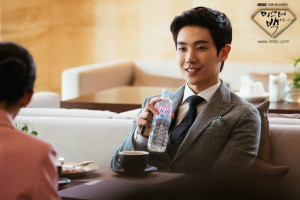 Good news for all Lee Joon fans! Despite his departure from MBLAQ and contract expiration with J.Tune, it turns out that he has been confirmed for a lead role in upcoming SBS drama I Heard A Rumour. It will be his first lead role on the small screen, and none too soon given his commendable and impressive performances in 2014.

The role was offered to Lee Joon in early January, after the conclusion of his previous drama Mr. Baek, but as Lee Joon had not signed on to another agency, his confirmation was put on hold for the time being. A few days later, it was announced that Lee Joon had signed an exclusive contract with Prain TPC, after which he confirmed his casting in Rumour.

It’s a quick return to the hectic live-shoot schedule, as Lee Joon has already begun filming for Rumour, which will air sometime in February. The premise definitely sounds promising. Described as a black comedy, Lee Joon stars as a wealthy family’s son, who gets his girlfriend pregnant in high school. Go Ah-sung has been cast as his girlfriend, who will have to deal with the airs of his snobby family.

Lee Joon sent his greetings to the audience in the midst of his filming, looking snazzy in his school uniform. Raise your hand if you will be tuning in!