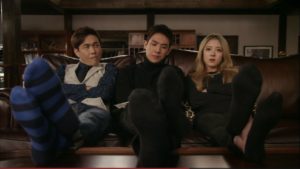 The mystery continues in these next two episodes of Vampire Detective. Happily, I have to say, the scriptwriters haven’t yet attempted to create an episodic crime drama where they really just want high-stakes vampire drama (pun intended). Yoon San starts out episode 3 sniffing around for clues to the identity of the mysterious evil woman and by the end of episode 4 clues are falling into his lap, though they may not be as obvious as they seem at first glance.

The bantering between the three investigators, San, Goo-hyung, and Geol-wool has kicked up a notch and their chemistry as actors really brings it to life. Goo-hyung and Geol-wool can’t stop snapping at each other, but it’s not in a malicious way and they really seem to be growing truly fond of each other.

Then did he call his gang ‘The Black Dragon Clan’ after this place?

You’re quite the investigator… 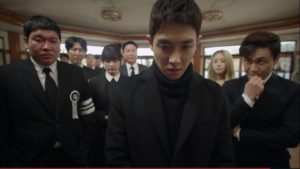 The building relationship between the three of them significantly overshadows the crime of this episode, showing us instead glimpses of how they’ve settled into living together and their interestingly similar personalities. When San has stayed up all night pondering the case, the scene opens with dramatic thinking music and swooping shots of his investigator notes until Gyeo-wool enters, holding her morning glass of wine, and breaks the spell with a muttered, “oh, you scared me.” After San comments cryptically, “something’s wrong”, in response to her question of “did you stay up all night?”, Goo-hyung enters and unwittingly imitates Gyeo-wool’s “oh, you scared me.”

In addition to giving us more amazing dialogue, the scriptwriters and directors have also started to play with the audience more. We’re shown the moment at which San figures out the secret to this case but they leave out telling us the actual secret, just to see if we can figure it out on our own. In fact, they then proceed to distract us with the sudden realization that our gangster of the moment might have been involved with our mysterious vampire woman. 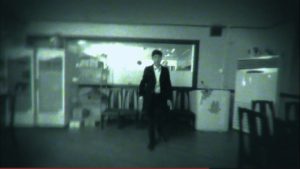 It’s becoming clearer and clearer that vampires are everywhere — San is attacked again while working this supposedly completely separate case — but the question still remains at to why, and how has no one noticed them before?

Episode 4 flows very smoothly from the case of episode 3 both in the focus of the plot and literally scene by scene, ending and beginning with the introduction of a very conveniently placed clue regarding San’s two betrayer friends. It’s only the barest hint that they might still be alive, despite what San may want to believe. We continue to be reminded just how traumatized he still is by those events.

Unfortunately, it seems the plots of the cases are beginning to get dropped slightly in favor of our vampire mystery. I wouldn’t mind if I weren’t starting to see the holes in the fabric. The case of episode 4 is directly entwined with the mysterious evil woman and it seems almost like a trap that she’s created for our heroes, except for when they mention it is supposed to be an old case with serial murders. Did she plan it that far in advance, or did she insinuate herself into something that had been started by someone else? 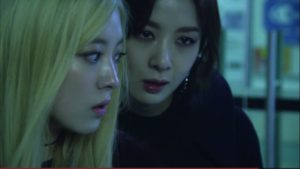 While we don’t ever get the answer to that, we do get a lot more clues to help us toward our discovery of who she is. Our first glimpses of her were very faint but now we finally can see her on screen in her full evil-queen glory, and gosh is she glorious. She’s played by veteran actress Lee Chung-ah, and she’s portrayed with just the right combination of emotionless, crazy, sadistic, and manipulative. In episode 4 alone she kills two girls, convinces a man to turn himself in for their murders, reels in our investigator heroes, convinces them she’s a helpless blind woman, and toys with San and Gyeo-wool, taunting them with her knowledge of their past loved ones, the traitorous girlfriend and self-sacrificing brother respectively, before dropping a glimpse of said girlfriend right in San’s lap.

And so it is still the script and the acting rather than the plot that holds this drama afloat. I’m very excited to see Lee Chung-ah and Lee Joon play off each other more. For now we were only given one appropriately awkward scene of her pretending to be blind and un-dressing not six inches away from him while he was sneaking into her apartment to investigate before getting caught. They haven’t yet really interacted fully, but their face-to-face meeting promises to be excellent. 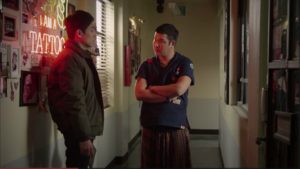 The acting of the investigatory trio is still top-notch, as they still sometimes stumble awkwardly and sometimes saunter through their cases. Gyeo-wool is beginning to pick up how to investigate; Goo-hyung is happy to have someone new to teach and tease and try to protect; and San, well, he’s emotional yet cool, imperfect, and still trying to figure out what the hell is going on. It’s interesting to note that Joon also plays him as a truly good, kind-hearted guy. Instead of the often cold, uptight, or distant crime drama lead, when he’s hanging around his friends and not thinking too hard, San’s face fades into a soft happy smile. It’s quite refreshing.

I’m sure the drama will begin to kick up another notch in the next few episodes and I’m interested to see where it goes. As long as the writing holds up, I think this series will be enjoyable all the way through. There’s nothing too heavy about it, but it’s good fun, and so far the script has had no trouble making me laugh and gasp in turn.