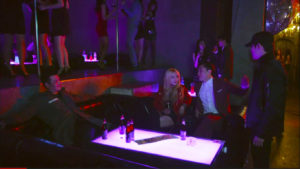 The two episodes of Vampire Detective I watched this week are surprisingly similar in style and organization and feel more thought-out and put-together than some of the previous episodes. Instead of my biggest pet peeve from Episodes 5 and 6, in which they gave us 10 seconds of plot per episode and then proceeded to ignore it for the remaining 63 minutes and 50 seconds, these two episodes had a different focus: that of backstory.

It’s interesting how much headway you can make on a plot just by telling a bit of backstory, especially the backstory of the main villain, which is exactly what we get in Episode 7. Tread carefully, there are major spoilers ahead. 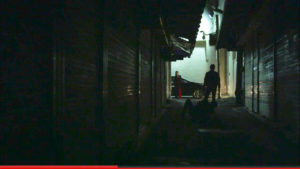 Episode 7 starts out with Goo-hyung, Gyeo-wool, and their friendly doctor-nurse combo, the heavily tattooed Doctor Hwang (Kim Ki-moo) and the flirty Se-ra (Jei of Feistar), are out for a night at the club. Coincidentally (or not), this is the same club that the vampiress Yo-na runs, which Yoon San recognizes the minute he walks in to join them. He tries to get them to leave, but before he can, he’s called away by one of Yo-na’s minions to meet with her. Seems that she wants to prove her point from last time that he’s only a hunting dog for her to use as she wills.

Yo-na instructs San to help her find a man before six in the morning, and if he refuses to do so, she will kill his friends. As they are surrounded by vampires and bodyguards, it’s in San’s best interests to comply, this time. I thought at first we would just follow them along on a wild goose chase after someone Yo-na wanted to punish. Ultimately, that turns out to be true, though we’re shown, through a few very succinct and surprising flashbacks, that this is a very special someone. 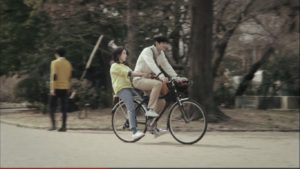 Through these flashbacks, we are given a wonderful gift — the backstory of Yo-na herself. She is no longer an imposing, mysterious, villainous figure. Instead, she is now given a girlhood, a life before — when she had a normal family, a crush on a handsome young man, and the world was much brighter, literally.

The camera work between the present day and the flashbacks is heavily emphasized, with the present being almost as dark as the dead of night they’re in and the past showing up in bright pastels and sunshine-y overexposure. However, as the flash-backs move along through time and follow Yo-na’s evolution into her current vampiric state, they also slowly shift to meet up with the colors and darkness of the present day. This shift in cinematography shows an incredible, much appreciated attention to detail. 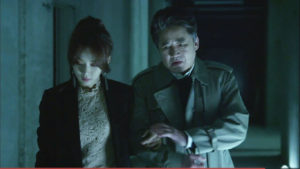 So, big surprise #1: Yo-na has not always been a vampire. In fact, she was human only about 40 years ago. Of course, she doesn’t look a day over 25. Big surprise #2: The man she is looking for was her university boyfriend, who also saved her when she was turned and sacrificed his own life to keep her alive on stolen blood, and finally gave up, leaving her and disappearing.

This is great character development for our mysterious villainess — we even see her changing into a more innocent and feminine looking dress before they finally meet up with her missing beau. However, I was disappointed when I saw that San has no reaction to all these revelations. Of course, this is because the backstory isn’t actually revealed to him, only to the audience, but it feels a bit too voyeuristic and all-knowing for the audience.

The episode conveniently gives us Yo-na’s entire backstory in less than an hour, and I almost forgot that San is still being black-mailed at the time over the possible murders of his friends back at the club. In fact, I think the scriptwriters forgot, too, since they didn’t even wrap up the yes or no of whether San and Yo-na succeed in accomplishing their task within the deadline. 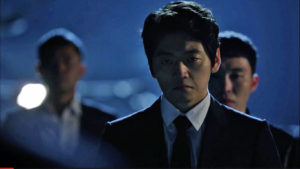 Instead of resolving that question, the audience is left with another cliffhanger, in that once the duo finally meets up with their mystery man, he happens to be with someone very important from San’s own past: his supposedly dead best friend Kang Tae-woo (Jo Bok-rae). We are then given a glimpse of Tae-woo with Yoo-jin in which he shows us inadvertently that he holds some sort of grudge against San. He tells Yoo-jin that he’s alive, and she seems surprised and somehow pleased to hear so.

It’s subtle, but it might be that Tae-woo was, and still is, the instigator behind their disappearance, perhaps even because of a bit of rivalry or jealousy of San over Yoo-jin. It’s still very unclear whether Yoo-jin went along of her own free will or not. And how are they connected to the vampires? The plot thickens, finally. 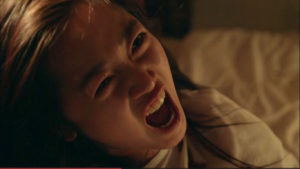 Episode 8 shows another glimpse of a new character’s backstory — this time that of the neighborhood doctor/tattoo artist, Doctor Hwang. The episode deals with his younger sister’s mysterious illness, which might in fact be demonic possession. It turns out she’s just pretending to channel their dead father to get back at her mother and the priest she has been obsessed with and is now planning to marry. It’s all very dramatic, and the actor who plays the corrupt priest is fascinating to watch. While the episode is enjoyable and gives us some interesting background on another of the supporting characters, I’m not sure whether it will be relevant in the long term.

These two episodes feel more like short films than the classic episodic crimes the drama has been showcasing. Perhaps it was their relation to characters we already know, but they definitely change the tone of the show. There has been very little, if any, character progression between the main three, San, Goo-hyung, and Gyeo-wool, and again I feel a bit as if we’re completing side quests before we can get to the main storyline. The question now is whether we’ll ever get there since we’re already past the mid point. 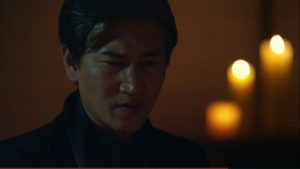 The script is still well written, we still have those wonderful moments of humor thrown in — this time displaying the guessing game that mediums and fortune tellers play; the acting is still enjoyable, walking that fine line between overly dramatic and flat; and the directing, especially the fight choreography, is still badass yet humorous.

Case in point — the corrupt priest brings goons to the house to subdue Doc Hwang and our detectives while he performs an illicit exorcism. Goo-hyung, Gyeo-wool, and San do a spectacular job of beating up said goons, though San also does so with no regard for the walls or furniture, and Goo-hyung ends up standing by while his beautiful house is slowly torn apart by flying bodies. Just yet another example of the darker humor of this show, and what keeps me watching. Let’s see in two weeks’ time if the plot finally makes an appearance.