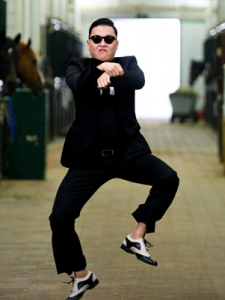 The popularity of Psy‘s “Gangnam Style” MV on YouTube just won’t die down. After surpassing 2 billion views in late May this year, YouTube officially needed to re-calibrate its coding system to accommodate its ever-growing viewership.

YouTube also marked the occasion with a special counter on the “Gangnam Style” video page. A cursor hovering over the counter spins through the view count. In their Google+ page, YouTube ask viewers to:

Even after two years since its release through YouTube, The “Gangnam Style” MV is still going strong in daily viewer-ship figures. According to ChannelMeter, a website that specializes in YouTube analytics, the video has a little more than one million viewers each day.

No doubt Psy and “Gangnam Style” are culture phenomenons. Will the video’s record number of views ever be broken at some point in the future? Well one thing is for certain: “Gangnam Style” will still be at the top for some time.

For now, let’s throw ourselves back for some horse riding dance, shall we?