After almost a month of waiting, TS Entertainment has finished introducing its newest rookie group, Sonamoo! Information about the girl group has come out slowly; the first three members were revealed on October 16, and two weeks later, a fourth member was introduced. This last member had no name, and TS announced that she would have her stage name chosen through a contest. Fans were encouraged to submit possible name suggestions, and on November 18, D.ana was revealed to be the winning name.

TS has said that Sonamoo is a sister group to Secret, giving D.ana and fellow members New Sun, Na-hyun, and Eui-jin big shoes to fill. The girls also have to contend with other high-profile rookie groups from other companies, including the recently debuted Lovelyz and YG Entertainment‘s rumored group. However, the members have already shown off some impressive talent. Eui-jin previously performed on stage   with hip-hop duo Untouchable, while Na-hyun appeared in the drama “Ghost-Seeing Detective” alongside label mate Hyosung. D.ana has revealed talents in both rapping and lyric writing through the song “Light the Fire,” which you can check out below.

Though Sonamoo has remained relatively quiet during the past few weeks, now that all four members have finally been introduced, it seems that their debut can’t be too far off in the future. Readers, are you excited to see these girls debut? Leave your thoughts and expectations for this new band in the comments! 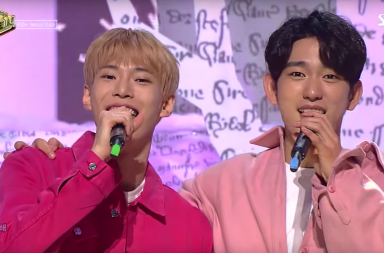