Gaeko Goes Solo (With a Little Bit of Help) 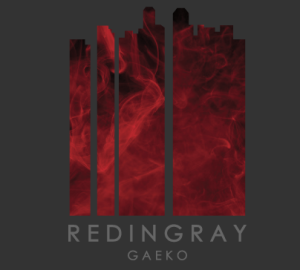 Ten years after the release of Dynamic Duo‘s first album, Gaeko has finally released his first solo album — and yes, after all the times we have seen his name in a myriad of collaborations, it may be actually hard to believe this is actually his first one. Maybe because of that he had lots stored for us — 17 tracks, featuring fellow member Choiza, Bumkey, Zion.T, HA:TFELT, Crush, Ailee, and Dok2, among others, and not one but two MVs.

The aforementioned MVs are “No Makeup,” featuring Zion.T and HA:TFELT, and the darker “Rose,” both of them as slick as one would expect from a MV made by Amoeba Culture. I am admittedly a big fan of every single MV that comes out of Amoeba Culture — no matter if they are going for a funnier and funkier feeling such as with Primary‘s “See-through” or Zion.T’s “Babay” (both of them coincidentally featuring Gaeko), or trying something more experimental such as in Primary’s “Poison” or “? (Question Mark)” — their MVs are always technically beautiful.

It is so in this case, too, starting with “No Makeup,” which has fantastic photography and a beautiful set.

But aside from being aesthetically fantastic, “No Makeup” is interesting because of the way it relates to the lyrics. “No Makeup” talks about a relationship that’s grown cold and how the girl seems to be getting distant, while the MV deals with the same story from the point of view of the girl, in this case HA:TFELT, so that the whole MV can be tied to the verse of the song.

Whenever I need to move, my emotions are about to evaporate
This relationship is too vague to define
I’m waiting for your reply to my text sent a while ago
Where are you? Wanna come out?
Oppa, I have no make up on

Not only is the story from the lyrics directly related to the MV’s storyline, but if you activate the English subtitles, which are actually a bit awkward sometimes — but thanks, Amoeba, for trying anyway — there is actually a direct relationship between what the song is saying at each moment and what Gaeko and Zion.T are doing, such as Zion.T watering a plant at this point of the song:

Although these details don’t add much to the MV’s storyline overall, it is a nice touch that shows how carefully the MV has been built around the song. There’s also a slight plot twist at the end that adds a playful touch to the MV and works pretty nicely as a closing.

On a side note, Zion.T kills it as usual, and HA:TFELT sounds and looks fantastic, and they harmonize perfectly, so kudos to Gaeko for the choice.

Where “No Makeup” is funky and light-hearted, “Rose” is the total opposite. It is dark and disturbing, so handle with care.

“Rose,” starring actor and hip-hop artist YDG (a.k.a. Yang Dong-geun) is, again, a beautifully tailored MV. The photography is excellent, and it creates a very peculiar and interesting atmosphere for the story. In this case, however, the way the lyrics relate to the storyline is much more subtle and can only be better understood when reading the description Amoeba itself added to the MV:

GAEKO’s solo album [REDINGRAY] title song ‘Rose’ shows the ‘red’ feelings of human on a dry grey land, such as love, parting, anger, affection and jealousy. The title shows a special serenade towards a woman. It’s about women losing their own color, adjusting themselves to men.

While the lyrics talk about a girl who’s cold and cynical yet charming in the eyes of the guy, the MV displays a kind of relationship where the man completely controls the woman, from brushing her hair and painting her nails to forcefully trying to feed her, while she is apparently unconscious or dead. And although the meaning of the MV is not very clearly explained, after reading the description, it is pretty clear that the MV is portraying an abusive relationship where the guy totally suppresses the girl’s autonomy.

After 14 years in the industry, Gaeko doesn’t have anything to prove: he is a good rapper, a good singer and he can produce amazing material; “No Makeup” and “Rose” are the evidence. And yet he did it, he managed to impress me with the message in “Rose.” So now I can only hope we don’t have to wait other 10 years for more of this.