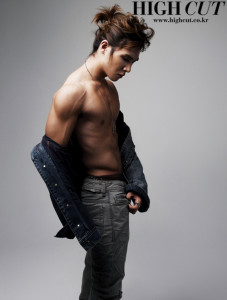 2014 has not proven to be a good year for K-pop with the latest member departure unexpectedly revealed to be none other than Lee Joon from MBLAQ.

With the announcement of MBLAQ’s last tour before their enlistment, Curtain Call, fans were already heavy-hearted at the thought of MBLAQ’s absence from the industry. The sudden news that Lee Joon is no long part of MBLAQ has been just another blow to fans.

Reportedly, Lee Joon did not renew his contract with J. Tune Camp as a member of MBLAQ. Instead, he will remain part of the company, focusing on his acting instead.

As hard as this is for A+’s, it is also completely understandable. Debuting in 2009, MBLAQ has not seen the same success that fellow ’09 groups, such as Beast, have had. On top of this, Lee Joon’s foray into the acting world has been rather successful with his performance in various roles being widely praised, especially those as Ryu Tae-oh in the drama Gap-dong and Oh Young in the film Rough Play.

Lee Joon will participate in the Curtain Call concerts, but his next step thereafter is unknown. Here’s to hoping that while he continues his acting career, we will still somehow end up with gems such as this:

Surprised? Saddened? How do you feel about Lee Joon’s departure?