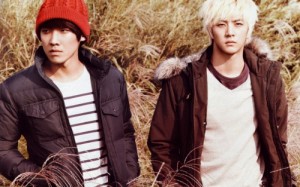 There seems to be a bottomless pit of K-pop hullabaloo this year, and these two rather sudden member departures will likely signify the disbandment of MBLAQ. As five, they never really experienced much success compared to the other groups who debuted during their time, such as Beast and CN Blue, and while disappointing, it’s not exactly surprising that the members have other plans beside renewing their contract and staying on as a member of MBLAQ.

However, considering that Thunder’s visibility is not quite at the level of Lee Joon’s, it’s questionable if he will be able to carve his own niche outside of MBLAQ. He has released a couple of digital singles, the most recent being this year’s “Monster,” but how much further he will progress remains to be seen.

Right after these announcements, teammate G.O tweeted some rather vague messages, hinting at a messier situation behind the scenes.

In the end, the consideration is what will carry selfishness

Those who are bound to know, know everything. Believe what you see right now, because you will all find out [the truth] as time passes.

What are your thoughts about these events?