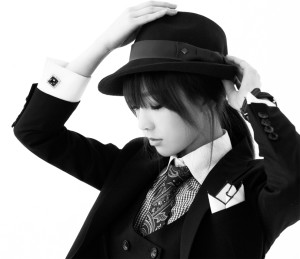 If I had to pick one major thing (and there are many) that differentiates K-pop from other genres, it’s the heavy emphasis on the visual aspect of music, including the choreography, the sets and, of course, the style. It doesn’t matter if you’re a new fan who can’t yet tell members apart, or a veteran who can identify your bias by that mole on his neck, because all of us can say that there’s at least that one concept we remember because we absolutely loved (or hated) the styling.

Something I always notice is the way K-pop uses the suit. Of Western European origin, the suit has become a staple in style as it is classic but also versatile, something that K-pop uses to its advantage. There are many ways that groups like to use it as it can set so many different tones. I’m going to talk about a few of these ways that groups, mostly male but also some female, have used the suit in a variety of songs and concepts.

The serious and masculine style is perhaps better called the classic style, as it goes more off the suit that we imagine businessmen wearing on international trips for board meetings when they pitch proposals. The first example of its use that comes to mind is MBLAQ‘s “Be a Man.” With such a title, it’s obvious why the song suits the concept. A more somber ballad, the track definitely needs the seriousness of a classic suit. The music video presents a wide variety of classic suit cuts, such as Mir‘s waistcoat or Seungho‘s three-piece black suit.

What makes this styling of the suit so awesome is the details. Lee Joon sports a spread collar in his first solo shot. Thunder pulls off that long morning coat so well. They use a lot of neutrals, but the pops of color break up any monotony. Another notable detail is the fact that they actually wore socks, going against the trend of bare ankles with brogues. And all of the pocket squares! I’m not going to wax poetic — if you can’t tell by now, I love suits — but the styling for this music video is spot on.

Another great example of this styling of suits is Super Junior‘s “Spy.” While the song is on the other end of the spectrum from “Be a Man,” the concept of the dashing spy goes perfectly with the suit. Taking a tip from James Bond, the group went more formal and reached for the bow tie. But it never feels stuffy because of the more trendy accents in it such as the all-black patterns or the oversized sunglasses.

Other examples: 2PM‘s “I’m Your Man” (they even dance with their ties) & JYJ‘s “Get Out” (with fancy cars to match)

While the classic suit has remained for quite some time, there are always modern tweaks that are just too stylish or not serious enough for the workplace, but still perfectly wearable. It’s these suits that find their homes in K-pop and are perhaps the most prevalent. I was actually struggling to pick only a few from a long list of examples because there are just so many.

While Big Bang isn’t known for wearing suits, T.O.P favors them, especially for his solo work. Going for interesting fabrics and patterns — plaid in “Doom Dada” and checkered in “Turn It Up” — he definitely enjoys his suits (I can’t deny that I enjoy them, too). The slick style really suits his lean, tall stature, and it gives a measure of gravitas that matches well with his deep voice.

Cross Gene has done a great job with this. Their debut track “La-Di Da-Di” had so many wonderful styles, from Shin‘s pink — OK, maybe not so wearable in color — suit to J.G.‘s shimmery tuxedo. While there’s a good mix of styles, the suits in particular stand out to me because they’re just so well-fitted, which is truly key to the success of this type of suit.

If you can get past the crotch rubbing, their next single “Amazing – Bad Lady” had some great styling with burgundy suits, navy suits and polka dot shirts (my favorite). The tighter fit of a stylish suit distinguishes it from the classic suit, and Cross Gene really balances that well in this music video. Burgundy is not a common color, but not strange either. It’s unusual and eye-catching, and the suit itself is perfectly slim.

And we definitely can’t forget SNSD in “Mr.Mr.” While I can’t deny that I was not the biggest fan of the song (too bland and formulaic for my tastes), I loved the concept. Their interpretation may be more business casual with the jeans, but who cares? They look great with the sweaters and fedoras; quite the feat if you ask me. I also like the small differences in their outfits, such as the pocket squares, vests and ties. The concept is different from most girl groups, particularly those that fall on the “cute” side of the spectrum.

Other examples: Speed‘s “Lovey Dovey Plus” (more girls in suits!) & Tasty‘s “Mamama” (though those satin white suits might fall in the next category…)

This category is for the suits that just don’t fit classic or stylish. Some barely qualify as suits, and some are just plain strange. And the kings of this are the members of Shinee.

I actually can’t recall an era when Shinee has had normal suits. They’ve always had something different going on. “Everybody” had military-influenced suits, and “Dream Girl” went from odd-ball, awesome black and white suits to their barely-matching floral suits that I loved for, yes, their tightness. “Why So Serious” had zebra print lapels and platform Oxfords. Even Toheart had Key in a patterned neon suit for “Delicious.”

The only group that does this almost as much as Shinee is U-Kiss. Their last single “Quit Playing” had Kevin in a colorblocked suit, Kiseop wearing a shimmery formal waistcoat but no shirt underneath and new member Jun in a glittery and patent leather jacket over his shirt and tie.

The perfect example of this though is in “Stop Girl.” Eli‘s got his leopard print jacket, and Kevin is wearing a full suit in a bold black and white pattern. Actually, all of them are wearing these outfits that are weirdly awesome and somehow pass as suits.

Other examples: Infinite‘s “Last Romeo” (are there real people besides my dad who actually wear all-white suits?) & TVXQ‘s “Something” (so much leopard print and retro inspiration)

With all these examples, the funny part is that there is still so much that can be done with the suit. I am dying for more girl groups to use it because that would open up even more creative avenues. I’m putting my money on f(x) to do it next, but I’m actually happy with any group — male or female — taking its turn with this classic.

What are some of your favorite suits from K-pop?