Is This SHINee MV So Serious?

With the release of Chapter 2: Why So Serious? – The Misconceptions of Me, SHINee has completed their two-part Dream Girl comeback. Despite sounding bread and butter SHINee, there were still a number of things to enjoy about Chapter 1; the song was frolic-worthy fun, the music video was Annie Leibovitz beautiful, and it was a great representation of the SHINee we all love and enjoy. Chapter 2 had some serious expectations ahead of itself and with the title song, music video, and promotions making the rounds in the K-pop sphere, it’s time for us to assess whether those expectations have been met.

As far as the MV is concerned, I’m just going to cut to the chase and slap a big no on this one.

From everything that we’ve seen and heard thus far, SHINee is trying to evoke the hard-to-define-and-divide worlds of dreams, fantasies, and nightmares. This MV however, was lukewarm at best. Lacking depth of any and all kinds, it was 3:46 minutes of SHINee dancing around which was — and I love SHINee to death but — neither aesthetically nor conceptually entertaining. 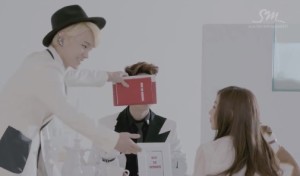 But hey, at least it had a story, right? Some girl wanders into a random building, hangs out with SHINee, policeman pulls a Peeping Tom and watches her dance by herself. For what it was trying to accomplish, I suppose I could say it was cute. But it raised several questions for me that severely detracted from my appreciation: Why is this girl here? Why is SHINee bumming around? Why is this  police officer being so creepy? Why is SHINee never there to entertain me when I walk into strange buildings?

But perhaps, the bigger question is: why did it have to be shot like this?

The stylists dressed the boys in some killer outfits. Between the reds and blacks in the opening sequence and the military/suit combination — if SHINee fashion is your thing — this MV has some great additions to their collection of fabulous ensembles. And along with some sweet art direction – the concrete tunnel at the beginning and the lettered backdrop towards the end – there was definitely some potential for some nice images. But it’s not like we could tell with the low saturation levels and white as snow sets. 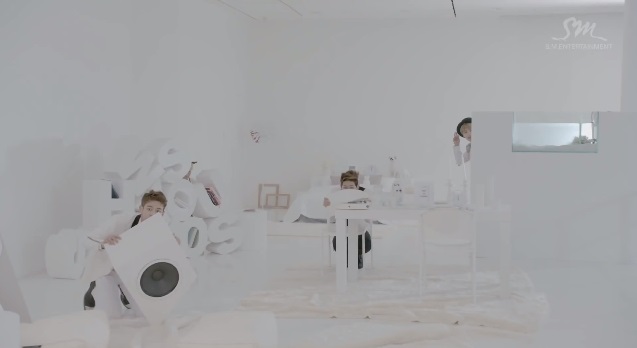 Does SM honestly think this is attractive? It’s definitely not some operational, logistic failure because they’ve put together MVs with vibrant, radiant colors before. But if it is indeed a stylistic choice, I cannot wrap my mind around it because it robs the MV of the rich colors, textured patterns, and any and all personality. And why you would do that in an MV where the color white is as rampant as flees on a wild dog — this is absolutely beyond me. The boys are white, you put them in white clothes, and then you put them on all-white set? Is there a Third Reich joke here I’m missing? 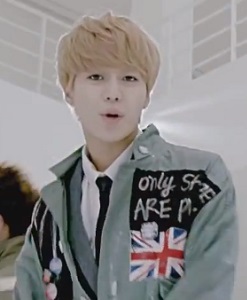 But we’ll always have the boys themselves, hey? Although the choreography wasn’t special, the boys performed well, like always. Despite the “darker” concept in this MV and the overall album, these goofballs shined with happiness, making this probably the only saving grace of the MV. But the winner of the Mr. Who So Serious? pageant is definitely Taemin, with Onew getting a special mention for looking fantastically elastic. If this MV does anything, it shows us how much he has grown as an idol, performer, and individual. Good for you, Taemin. But none for Jonghyun. Whether we like to admit it or not, there are definitely members of certain groups where an absence goes unnoticed. That’s not the case with SHINee, especially Jonghyun. Although the remaining four do a fine job without him, his energy was definitely missing and I’m sad he wasn’t around. But hopefully, he’ll recover soon and rejoin his group mates.

I suppose this MV is a fine lesson in karma. Patricia wasn’t exaggerating when she praised the “Dream Girl” MV. It was B, U, T, T, T, T WOW! But this, well… what does the Bible say? The Lord giveth and taketh away? Something like that…

Rating: 2.1/5 aka If you want to know why I’m so serious it’s because it looks like y’all wasted your time making this MV and I wasted my time watching it.