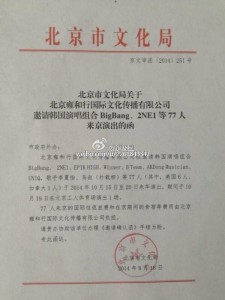 K-pop fans were in a tizzy in late August when an official release, announcing YG Family’s Power upcoming concert in Beijing, included a new word for our vocabulary: UNIQ.

Once an image of said release was made available online, discussion started on just what this mystical new four-letter word meant. The spelling and all-caps immediately made it obvious that it was a group name — but for which group? The possibilities considered were:

Option 4 is the answer, though a rather confusing one, at first. There was talk of the group training in secret for four years, of YG and Yue Hua sharing managerial duties over the Sino-Korean border, of unicorns… Han Geng even posted the Uniq logo to his Weibo account, but there was still the need for official confirmation of some kind… And it arrived in the form of this:

What we have here is maknae Wong Yibo showing off his moves to some unfortunate dubstep. He is one of the group’s three Chinese members, the others being Li Wenhan and Zhou Yixuan. The two Korean members also have Chinese names: they are Cao Chengyan and Jin Shengzu.

Shengzu’s Korean name is Kim Sung-joo and is known to have been a YG trainee. He’s also the subject of Uniq’s second teaser, which focuses more on the visuals but also provides us with a snippet of music.

Despite all these developments, the group name is my favourite thing about this group. Though the portmanteau of “unique” and “unicorn” is kind of redundant, the link to unicorns is awesome: the mythical creature is usually so strongly associated with femininity — and especially (female) virginity — but nowadays even boys’ schools, created just to get away from girls, honour them. Ignoring the fact that every other type of mythical creature has already been taken by Vixx, it will be interesting to see how the unicorn will service Uniq over its career. The unicorn logo already looks good; hopefully, all that follows after will be just as good, if not better.

As for the “unique” part… Well, I can see how the mix of Chinese and Korean boys, dubstep-infused teasers featuring dancing and cars, backing from a Big 3 K-pop agency and even the presence of unicorns can look to people. But, for all the similarities that may exist between Uniq and Exo-M, there is one thing that makes all the difference (at least upon debut):

We have four Chinese members

What do you think of this new YG group, readers? Do you think it will bring YG success in the Chinese market?