Is there trouble brewing once again at SM Entertainment? After all the relationship and membership issues within its stable, all eyes are focused on the company. There seems to be something new amiss. 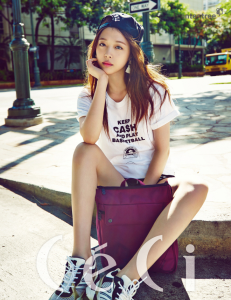 It appears that f(x)‘s schedule has been completely cleared. That would make sense if they were at the end of promotions. However, the group is still blanket winning on music programs.

While explanations can possibly be simple (SME hasn’t released an official statement regarding the schedule yet), suspicion abounds. A simple answer: perhaps there was a computer glitch or user error. However, netizens are a bit more suspicious about the situation.

They are especially targeting another possible situation with Sulli.  Previously, Sulli has been linked to a relationship with Dynamic Duo‘s Choiza. She has also missed promotional performances due to a reported illness. The question is if it’s simply illness, then shouldn’t the group continue promoting? Illness of one member doesn’t negate the rest of the members.

Additionally, Sulli has appeared in Instagram photos of others. This is leading to further speculation that perhaps there are internal issues within the group.

Or is this another slight against f(x), who is going to be pushed back into the SM dungeon to make room for the debut of the label’s new girl group?

Naturally, as of now, things are simply speculative, and fans should wait a bit before entering a whirlwind of fanaticism. But what do you make of this development? Simple explanation or trouble in SMTOWN?