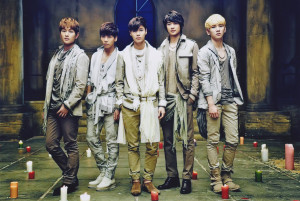 When a new group debuts, comparisons to already established groups are inevitable. “They’re just copying X,” many K-pop fans whine during these debuts. This is especially true when rookies go for less traditional concepts. But is it fair to compare rookie groups to others? And if so, where exactly should the line be drawn?

A common sentiment expressed when these comparisons arise is that the group should be judged on merit alone. Their song, choreography, and MV are all works of art and it would be unfair for them to immediately be compared to existing works because of small similarities. After all, so much time and effort goes into song production, creating and learning choreography, and filming music videos. What gives people the right to immediately dismiss these creative endeavors?

Proponents of this viewpoint also argue that it is unfair to the idols. No one  wants to be known as “the second SHINee” or “that group that tried to be 2NE1.” It rejects the rookie group’s individuality and pretends as if established groups somehow have a fixed claim on a certain way to do things.

Not to mention the fact that people can, and have, organically come up with similar concepts despite no contact between them. Taeyang’s one take MV was certainly not ‘stolen’ from Exo’s “Growl.” 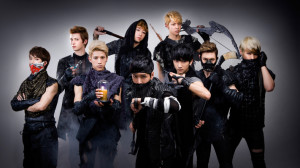 Another way to look at this is to consider that a catchy song may be considered good by the public but what is ‘good’ exactly? Good is always changing and the song may only be good because the industry and the public has determined that in this moment, this is what ‘good’ is.

Back to rookie groups: In the case of BTL who recently debuted with supernatural powers, this second viewpoint would argue that they cannot not be influenced by other groups. This is because, while the idea may have had nothing to do with other groups, BTL must now ensure that they don’t encroach upon, for example, Vixx’s so-called territory.

In the end, I believe that the best way to examine a rookie group’s debut is a middle ground between these two viewpoints. Yes, a debut should be judged by merit and quality, but at the same time, one can’t forget that these choices don’t occur in a vacuum and could have very easily been influenced by other groups.

Should groups be judged solely on merit? Is there another way to judge debuts?