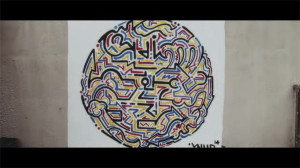 With the likes of Fly to the Sky, G.O.D, Gummy, and Wheesung on the comeback trail, it was only a matter of time until the legends of hip-hop made their grand returns to the spotlight.

Veteran rapper P-Type, whose credits include work with fellow legends The Quiett and Verbal Jint, has long been an influential voice in the Korean hip-hop scene. Since his official debut in 1998, he’s one of the artists from the ’90s who’s laid the groundwork for the younger hip-hop artists sprouting up in Korea. He took a break from the music industry in 2008, disappointed that his work didn’t go as far as he would have liked it to. However, hip-hop is like a drug, really. Once you get that itch in you to do it, you just can’t quit it.

With his desire to continue to release music that follows more closely in the footsteps of hip-hop’s more classical construct, P-type offers us his first single since last year’s [RAP]. Since then, he’s been working on his fourth album Turning Point, for which he released the lead single of the same name. The latest single from the as-of-yet unrealized album features NUCK from souldive and gives fans of the legend more classic hip-hop to add to their Korean hip-hop collections.

“Timberland 6” is pure hip-hop at its core. It’s obvious P-Type was one of the pioneers of hip-hop in South Korea, his style harkening back to the genre’s “Golden Era” in the 1980s and ’90s in the States. With the help of NUCK, P-Type goes about the task of paying homage to the originators of the genre, legends who created a culture and lifestyle unique to what mainstream society was used to in the day of their biggest notoriety. Starting with Run DMC, the pair reference such artists as The Beastie Boys, Das EFX, De La Soul, Doug E. Fresh, Slick Rick, Wu-Tang Clan, and J Dilla—artists who not only defined the genre, be reimagined it, bringing their own history, philosophies, and artistic perspectives to hip-hop and giving the genre an added layer of depth. 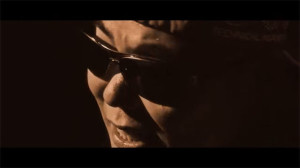 The title of the song itself is indicative of P-Type’s connection to hip-hop culture, the very shoe being a staple in terms of the fashion that prevailed especially in the ’90s in the States. This style permeates the entire video. It’s simple, unfettered with the frills of polished videos from the more popular and mainstream idol groups. It opens with a classic 1980s hip-hop riff—sparse drums with a DJ sampling a break from a Rare Groove (funky ’70s track with a heavy break section)—P-Type climbing some stairs (evidenced by the camera focusing on his Timberland boots), and a young Korean man getting his hair cut.

The “6” in the title refers to the group of men that make up the video, all sporting Timberlands, all getting their chance to express their appreciation for the craft. They’re sitting on a set of steps in front of a dilapidated apartment complex covered in graffiti. In between we get shots of the rappers in shadowed, sepia tones, a blatant throwback to the videos of the ’90s from groups like A Tribe Called Quest (“Jazz (We’ve Got)” and “Award Tour”) and even Jamiroquai (“Do You Know Where You’re Coming From”).

Beyond the references to classic ’90s videos, the song also samples iconic lyrics from some of hip-hop’s most recognized and lauded tracks. For instance, Doug E. Fresh’s classic “The Show (La-Di-Da-Di)”—“La-di-da-di, we like to party”—and Black Sheep’s “The Choice is Yours”—“Engine, engine number 9.” P-Type and NUCK’s respective styles are in perfect synch with the artists they mention and admire. “Timberland 6” highlights the simple, classic delivery and flow of what most lovers of the genre would consider “real hip-hop.” 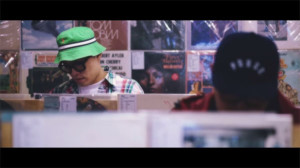 The video is unspectacular, but it’s absolutely beautiful in how understated it is. The camera angles, color palette and setting, and even the b-boy that gets highlighted throughout all work in perfect concert with the artists themselves. There isn’t an elaborate storyline, just true hip-hop heads sharing their appreciation for the craft. There’s even a scene in which they’re in a record store, searching for the vinyl pressings of their favorite artists.

The one criticism that could arise is that there are just so many references crammed into the video, it becomes muddled at times. But that doesn’t take away from one’s ability to truly appreciate its simplicity and loyalty to the genre.

“Timberland 6” is beautiful, a genuine piece of Korean hip-hop that has every element that makes hip-hop what it is.In the wake of so many idols coming back, and so many of those idol groups purporting to have “rappers” in their roster, it’s definitely a welcome change of pace and a beautiful tribute to legends of the genre.