Adventures in Space: Lala Band's "Flight to the Moon" 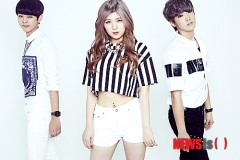 The South Korean music scene, is a vast one. Where you can find boisterous, candy coloured and flower boy filled streets, you also find quiet, subliminal, mysterious ones. The Korean indie subculture is testimony to that. Seoulbeats regularly covers all kinds of indie musical maestros on the K-pop Indie Gem segment (please peruse it at your pleasure), and aside from the music, the writers actively try to comment on the various visual aids (MVs, concepts, styling) the group/act in question is presenting. Getting to the point, some indie MVs are stunning. Some. Not all. Unfortunately, the latter category is where our newest indie act falls.

Lapis Lazuli (also known as “LaLa Band”) is a 3-member rock band (signed to T.K Entertainment,) that has made their official debut with the release of two tracks, “Never Don’t Stop” and “Flight to the Moon.” Kim Yoo-jung (18, vocal and bass guitar) Jung Soon-ho (18, guitar) Kwak Joon-suk (17, drums) met in Daegu, and their latest mini-album boasts an array of big names; Loveholic’s Kang Hyun-min, composer Seo Jung-mo, Kim Myung-hwan are a few musicians who have composed, provided lyrics and produced “Never Don’t Stop.” What perked my interest in the group was their name; Lapis Lazuli is a deep blue semi-precious stone, that has been prized since antiquity for its intense colour. It is a universal symbol of royalty, honor and wisdom, and has made appliances in various empires (from Assyrian to Ancient Egyptian.) Whether this is the exact purpose of naming the band after this gem, is yet to be see — as of yet, no statement has been released clarifying the use of the name. With a couple of impending showcases on the horizon (Hongdae and Daegu,) I looked to the newly released MV for their single “Flight to the Moon.”

I’ve got to give it to them. This MV is cute. Not in a sugary quintessential K-pop kinda way, but in a quirky, endearing fashion. The use of illustrations is genius — reminiscent of really shabby looking fan art — it adds to the homemade indie vibe the MV is trying to give off. Released by a small city indie band, it only feels right that the MV mirrors that same organic energy. Without English subtitles, I was left to guess the symbolism in the MV, but can confidently say that these guys took the whole “Flight to the Moon’ literally, as the majority of the MV takes place in space.

The animation, includes vivid illustrations — which according to the credits at the bottom of the screen were made by Jae-Un of Illust — that feature throughout the entirety of the MV. They remind me of the illustrations that graced the covers of all the Roald Dahl books that I used to read when I was younger — and the Quentin Blake homage serves to do exactly that; let the viewer feel nostalgic and childlike. It’s messy, unrealistic and pretty simple. All of these elements seem to aid the youthful feel of the MV and song, transporting the viewer to a more child-like them.

This ties in wonderfully with the plot of the MV whereby, you have astronauts playing guitars, girl floating away deep in to the universe with the aids of balloons, and multicolored planets orbiting each other. The story revolves around two people, and their crazy adventures in to space. At first a girl is seen walking on a green mundane looking planet, until a bunch of balloons helps her travel all the way in to deep space. There’s a rocket that transports astronauts through the universe, until it suddenly breaks down and crash lands on a planet, that has a treasure chest with the name “Lapis Lazuli” engraved on it. Brief instances of an astronaut playing the guitar whilst floating “freelance” made me cock my head to the side at first. My guess is that the MV approaches the concept of escaping from the day to day travesties of life, that get people down (an example of which is shown when the boy in the MV is walking aimlessly and unhappily around his planet) and “flying” to a happier place — in this case, the moon. 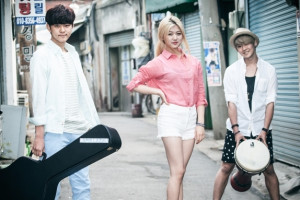 Colour is another theme, which is used in large quantities to convey concepts. During the verses, the scenes are largely colourless, and bland; possibly a reflection of a mundane lifestyle that the two characters are experiencing? However, once the chorus kicks in and people are flying away from all the ordinary, everything gets more colourful. Fireworks go off left, right and centre, bright balloons are scattered all over the screen, and the dark greens, blue’s and grays are replaced by vivid oranges, yellows and reds. Happiness is seeping from the screen at this point — heightening specifically during the bridge of the song, whereby the viewers finds out that the treasure chest is the key to taking them to the planet of “Lapis Lazuli” where we see the band (as cartoons) performing.

It’s whimsical, silly, and a little bit mental — however, it’s incredibly boring. Maybe it’s the lack of English subtitles, but after watching the MV at least 5 times, you find yourself dosing off at around the 2nd chorus. There’s really not much more to say here, aside form the fact that everything seemed pretty random, not well thought out, and rushed.

Though Lala Band have tried to take the “La La land” concept seriously, they haven’t been able to pull it off. A serious lack of plot development, as well as an underwhelming and confusing climax has overshadowed some seriously funky animation. I give this MV a 2/5.