Boyfriend's "Obsession": Not Quite There Yet 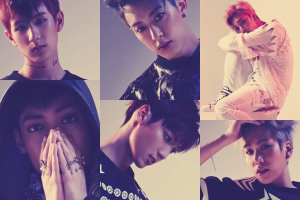 Boyfriend has recently returned with the music video for their latest promotional track, “Obsession.” The group here has gone for the tormented-lover concept, which does seem to be a natural turn for boy groups attempting a darker, more grown-up image, as seen in EXO’s “Overdose” and VIXX’s “Voodoo Doll” (seriously creepy-good). If for nothing else, it makes for camera-friendly guyliner and hair that’s less fluffy and/or reminiscent of prepubescent bowl cuts. Which makes sense, because yes, Boyfriend is growing up too! You can’t wear those pretty elite boarding-school-esque uniforms forever. Boys to men, etc.

So we got this:

My first reaction upon watching this MV was confusion. It vaguely registers that what we’re watching is a kinda-maybe-really remake of Peter Pan; we get a pretty girl in a white skater dress (innocence, youth, solidly untarnished purity etc) opening a copy of the fairytale in this exceptionally gorgeous octagonal library. I’m not entirely clear on the ethics of stepping on books, but the setting itself, infused with an ethereal (what else?) white light and populated by a pretty boyband, member is a setup of outstanding aesthetic value.

You have Boyfriend presumably assuming the role of the Lost Boys. Where’s Peter Pan? I’m going to assume he abandoned them because they’re doing this really illegal and utterly preposterous thing called Growing Up. 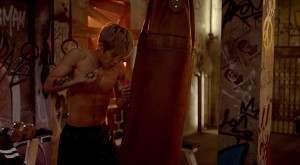 Reacting in hurt and anger to this callous discarding of human relations, the boys implode in angst and engage in semi-passive-aggressive actions such as throwing darts with extraordinary precision, the randomly vicious stabbing of books (I think) and conducting elementary school science experiments with malevolent gazes.  There are some strange, awkward video inserts of abs and (I suppose) masculine displays of aggression, involving taking out pent-up rage on a punching bag. And are those fake tattoos? Goodness.

In a culmination of the effects of angst-driven living, gangster fashion and underground billiards tables, someone plunges a knife through a Wanted post (why won’t you tell me who exactly is wanted?? A name or face isn’t even visible, darn it). Then the boys head out. Somewhere. I don’t know where. 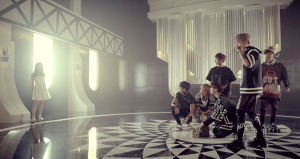 Some confusing flashbacks of happy times later, the members are congregated in an appropriately futuristic room with lots of glass, high ceilings, and some columns that resemble stalactites. Suddenly, the girl appears and engages in an emotional embrace with a member whose hair is as blue-grey as his soul.

Then, even more suddenly, Peter Pan appears (I’m assuming that’s him, by the green outfit)!  With a bomb! He wraps his arm around the girl, somehow forcing her into the very wise and life-preserving position of clutching the bomb to her chest, a position she holds even when Peter releases her. Why, girl, why?! The analog-clock explosive with the tiniest blast range in the universe explodes, Boyfriend leaps away, I have no idea where Peter Pan goes, the girl dies. Cue sad faces of longing and despair.

In the aftermath of this disaster, one of the Lost Boys becomes Captain Hook and the rest are his minions (is that what happened??). Said Head Former-Lost-Boy has a hook fitted onto his hand by way of a leather pouch of sorts. Boyfriend is badder than ever, metal appendages included. The end.

Who-kay. It’s like someone threw the fairytale and the pretty into a makjang food processor. See, I’m normally all for these retellings, especially if they’re done well. I would like to think the initial creative spark that is at the core of this effort was intentioned to produce to something a little quirky, a little different, something that could help Boyfriend rise above their present image as the cookie-cutter pretty boy group.

The thing is though, the MV itself is loaded with so many different cliches which distract from what could have been a fascinating take on a well-loved and extraordinarily disturbing children’s tale, the Hallyu equivalent of Wide Sargasso Sea (alright, that might have been a stretch in any given situation).The boys are dressed like every other hip-hop wannabes ever, the random torso cameos are pointlessly sexual, and the concerted efforts towards aggressive posturing, tattoos and all, just don’t seem to sit well with who the boys actually are — at some points the members themselves don’t seem to gel well with the concept, and look positively uncomfortable. 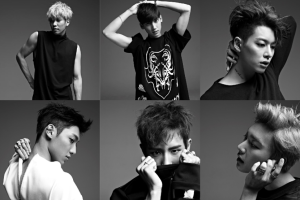 It’s all well and good to want to portray a more mature image, but you can be grown-up without being a cliche of big boy bad behaviour. There’s just too much going on here in the MV, which distracts from the original retelling of the fairytale that is at the heart of the MV. Wanting to fit everything all in only causes the video to come across as disjunct. Shame — it was an interesting idea, and deserved more narrative justice.

The song itself is enough of a head-banger. I actually like the opening riff, which sounds appropriately dramatic for an MV about turning obsessed with revenge over the death of your beloved (the song itself features lyrics about unrequited love), and there are some pretty solid vocal performances for the most part. The rapping actually sounds fairly snazzy at some points.

Overall, though, while it’s clear the boys have potential, this track really isn’t the one that will bring them up a notch in popularity. In terms of the lyrics, the melody lines, the rap breaks — it isn’t much of a game-changer, or at the very least an earworm. It lacks a hook as persistent as the chorus line of Infinite‘s “Be Mine”, and while the choreography is sharply executed, none of the dance moves are sufficiently distinctive to allow for quick recognition and identification, a la every other SNSD song ever. 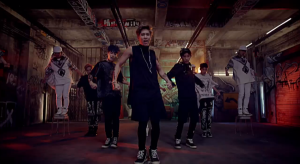 Personal misgivings about seriously crazy plot machinations and overloading of stereotypes aside, it’s always pleasant to see boy groups like Boyfriend take active strides towards a less middle-school image. It’s as though there’s a mandatory sunshine-and-flowers stage in which most boy groups, age ranges be damned, have to prance around in fluffy animal suits (re: TVXQ‘s “Balloons”) and proselytise the joys of first love, everlasting happiness, and cutie patootie pastel getups.

It’s encouraging to see that Boyfriend has moved past this era, as is age-appropriate, but it remains to be seen if the group can present the public with something truly defining of their group’s identity and legacy. In an era saturated with idol groups, recycled concepts and ridiculously high levels of pretty, the usual song-and-dance of attractive jawlines, synchronised dance moves and a dubstep beat just isn’t going to cut it. What will do it for Boyfriend? That really does remain to be seen, but I’d say: probably not this “Obsession”. 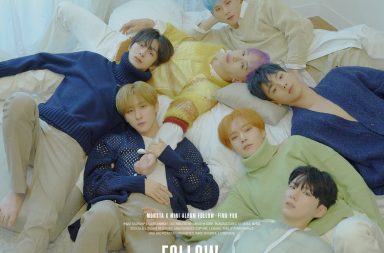 The Rule of One, or How Sistar’s Disbandment was Written in the Cosmos 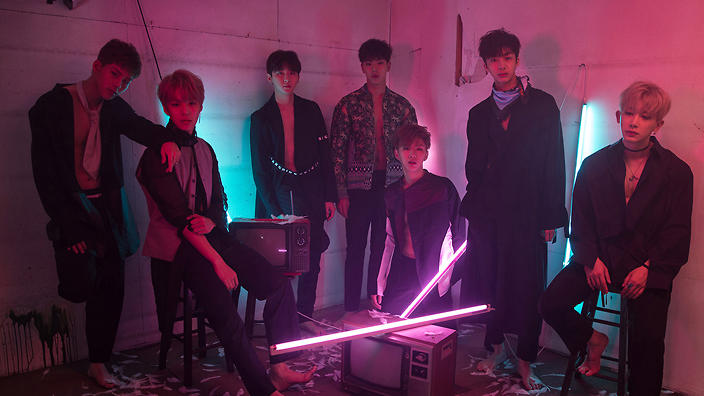