April seems to be the month for K-pop Star contestants to make their appearances — Akdong Musician, 15&, as well as the lesser-known 2000 Won. Shortly after their debut collaboration single “Beautiful” with Ailee, they have released a MV along with their follow-up release “I Hate Seoul”. 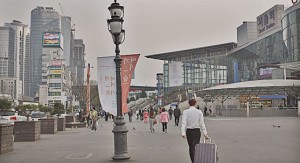 It speaks about how a man is constantly reminded of all his past experiences with his ex-girlfriend, by all the different venues that they use to frequent. Unable to cope with the memories that continue to surface, he decides that he hates Seoul and plans to leave.

While most break-up songs tend to bemoan heartache and regrets, “I Hate Seoul” takes on a more mature and wistful mood, instead of a melancholic and depressed atmosphere. It prevents the song from veering into boring territory, and the mid-tempo percussion beats hook the listener in, to sway along to the song. I especially enjoy the chorus, where Hyo-bin‘s falsettos really makes the melody shine and it’s impossible to not appreciate the amount of control he has over his voice.

The song’s message is pretty straightforward. Now that he’s experiencing Seoul without his ex-girlfriend, he finds it difficult to find the same joy in the same activities. Hongdae is no fun now that he’s alone, the songs that they listen to haunts him of their past happiness, street food and bitter soju has now replaced his previous preference for Americanos and waffles. No matter how much his friends try to convince him that breakups are a part and parcel of life, he finds it impossible to get over the girl. Thus, in his desperate attempt to rid himself of this misery, he takes the bold step to leave Seoul, hoping it would solve his problems. My favourite thing about the song is that the lyrics are simple and and easy to identify with, making it an easy listen for the audience.

Because you’re not here, so many things changed already
The movie we watched together, the street we liked to walk on, now I don’t like Seoul
After you left, everything changed
Like an empty heart, I hate Seoul without you 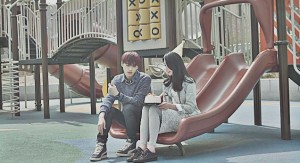 The MV stars Hyo-bin and Hello Venus‘ Nara as the main leads, and opens up with Hyo-bin revisiting the couple’s old frequent spots, only to realizes that he can’t stop imagining her next to him. It’s a nice touch that the scenes in the MV match exactly with the lyrics of the song — the Americano and waffles, the deflated balloons, and so on.

Only after he walks through the streets at night, does he get the wake-up call that over is over, and he has to stop moping about his ex. It’s a harsh call to reality, symbolized by the thug that picks a fight with Il-do. Now, the MV flashes back to the different date venues, and he suddenly comes to a realization — he is now alone, and she has been a mere figment of his imagination. Thus, he finally drums up the courage to pack his luggage and head out.

Although Hyo-bin was the star of the MV, rapper Il-do still had his time in the spotlight through creative touches by the MV director. Since he’s not part of the main storyline, he helped to narrate the inner turmoil faced by Hyo-bin, seen by the deflated balloons as well as the fight with the thug. The transitions between scenes were also especially innovative, often capturing the previous scene in a cellphone, a camera, and a TV. 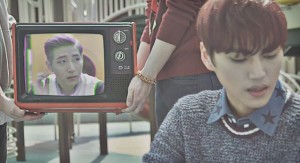 While cellphones and cameras store memories, TVs are not meant for the same purpose since they broadcast whatever is showing at that moment. When the previous transitions occurred in the cellphone and camera, it meant that Hyo-bin was still dwelling on the past memories of his ex, unable to let go of it. Finally, when the screen transitions took place in the TV, it symbolizes that Hyo-bin has finally decided to take things as it is and move on with his life.

While it’s unfortunate that 2000 Won hasn’t been able to garner more publicity and promotion activities due to the small entertainment company they hail from, I hope their fans from K-pop Star, as well as the amount of talent and uniqueness they encompass, will be enough for them to receive their due credit. “I Hate Seoul” is a quality song that deserves more hype, and the accompanying MV is thoughtful and well-shot. I sincerely wish them all the best with their K-pop career. 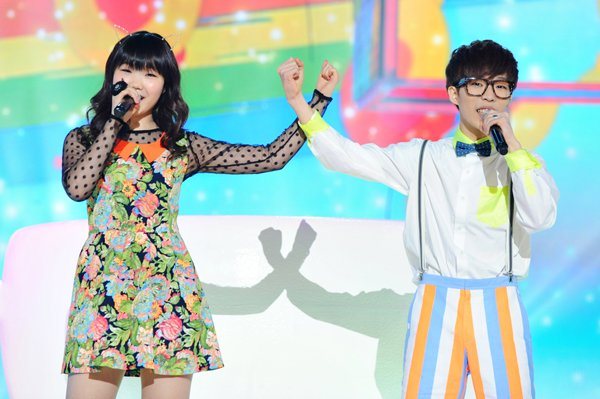 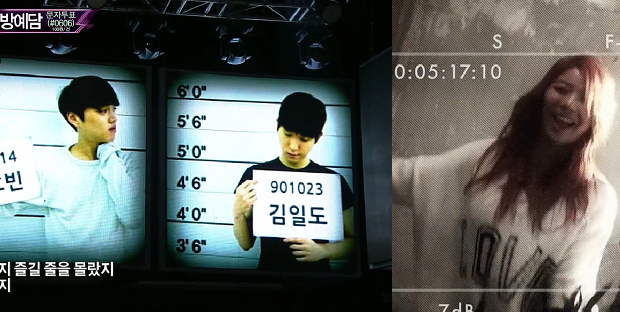