No Company, No Problem: Billionaire Debut with "That Night" 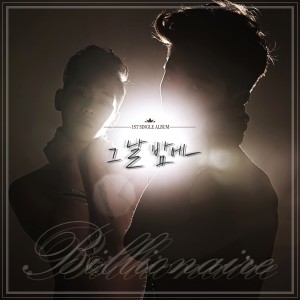 Duo Billionaire have debuted with “That Night,” a ballad that explores the heartbroken emotions of a past love. Made up of members HooNia and Bumma, this duo aims to express soul and feeling–and they’re promoting without being signed to an agency or company.

If I could use one word to describe this duo, it would have to be “smooth.” Their voices are free from tension and they mix well together, whether in unison or harmony. The dance is full of sharp, neat movements. Their professional attire adds to the clean-cut vibe. The song possesses a distinct flow, and it is soothing to listen to.

The lyrics are somewhat evocative, if a bit clichéd. The two members sing about how they want to fall in love again, even as they intensely feel the memories and pain of their last breakup. Using celestial imagery of the sun and the moon and the coldness of the weather at the time, they describe the painful breakup that happened “that night,” sparing no mercy for their own feelings. For those who have gone through a complicated breakup, this song offers an understanding of how difficult the process can be, and how memories or emotions might inescapably remain even after a serious relationship has come to a close.

There is no typical dramatic storyline playing out in different settings in the MV, likely due to working with limited resources. That said, it does avoid being fragmented, incoherent or boring. In one setup, the two are sitting on a black couch. They perform the dance in different monochromatic outfits, maintaining consistent facial expressions across shots. The dance itself, while especially difficult, is executed cleanly and smoothly and plays to the duo’s strengths. The usage of background dancers augment the overall feel of the song, and HooNia and Bumma are striking enough that the focus never leaves them.

The lighting evokes a similarly serious feel. The MV is devoid of color, from the background to the members’ clean-cut hair to their impeccable suits. This is representative of the lack of love lamented by the duo. The lighting highlights the severity of the emotion they feel, sharply illuminating the duo against a white wall as if they have a spotlight shining over their true feelings. The moving dual shadows cast on the wall create an additional visual interest, adding to the somber tone of the MV. 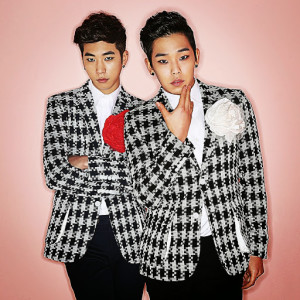 Billionaire’s debut is interesting since they appear to have a large degree of control over their own image. HooNia composed and arranged the song, writing both the lyrics and music. They hired choreographer DDong Tae to create the dance, and indeed the dance seems perfectly tailored to match their abilities and the song. Their degree of agency over their own image is especially interesting since they are rookies, and usually K-pop groups do not debut with much creative power given to members. Though there are notable examples like Block B‘s Zico, these are exceptions to the rule. Impressively, Billionaire also stated that they raised the money for parts of their debut. They will be an interesting group to follow in the future, since they occupy the unique position of a group trying to break into K-pop without the support–or the limitations–of a company.