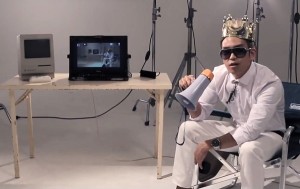 Innovation is the name of the game. Making your name stand out among the growing number of debuts is no easy task. In these first couple of months of 2014, there were a number of rookies debuting in smaller companies. The barriers to getting a fan’s attention seems to be higher as established acts are sticking it out longer in the K-pop scene. Needless to say, as a response there have been a number of innovate ways of introducing new acts in the market. Bumkey from Troy and Bang Yong-guk from B.A.P both made a splash independent of their groups helping to bring in a small built in fanbase to their respective groups. More recently, groups like 2000 Won and HIGH4 are collaborating with established idols on their debuts. This method seems to be an effective marketing tool in lowering the barrier to getting a viewer’s attention, but is there danger in attaching another name onto your debut song?

Entertainment companies have a variety of options in their arsenal when introducing acts to market. The degrees of success vary depending on the execution and often fickle attentiveness of the public. However, that is exactly why having an established idol attach their name to a debut project can be effective. For HIGH4’s debut, IU was marketed heavily as a participant of their first single “Not Spring, Love, or Cherry Blossoms.” She not only featured on the track and MV, but also took on a role in helping to write the song. 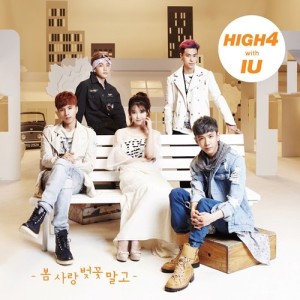 In HIGH4’s case, the goal of driving awareness seems effective. Their MV on 1theK, which was released on the April 7th, has already amassed over half a million views. Quite the feat for a debut act to make in such a short period of time. One of the problems that they may face despite their early success is diluting the type of image they want to present. HIGH4 were noted by their company as being established songwriters, yet their debut song was only highlighting IU as a participant writer. The rookies ended up taking a backseat to the more famous name.

2000 Won also recently introduced their first digital single “Beautiful” with a big guest feature — Ailee. This group had a different path towards their entry. Coming off a good run on K-pop Star 2, they signed with Reve Entertainment. Singing competitions have been steadily churning out more successful acts even after the spotlight from the show fades. The issue their entertainment company faced post-show is how to reintroduce the act to the public to recapture the buzz that they had when they were competing on the show.

The associative nature of featuring another artist can bring in positive feelings towards a song. People who like that artist will likely try out and enjoy a song they feature on. However, the danger of being overshadowed or losing an solid identity by adding another name to the debut is ever present. What Reve Entertainment did in 2000 Won’s case was use “Beautiful” as a digital prelude to their impending title track from their album. A smart tactic that allows 2000 Won’s name to gain more notice while eventually allowing their identity to be expressed with their impending official introductory title track. 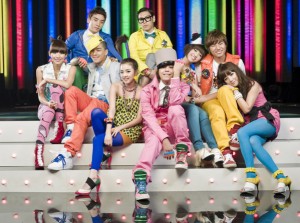 Lastly, one of the biggest names in K-pop was first introduced next to their label’s flagship group. 2NE1 first came on the scene with a digital single collaborating with their fellow YG Entertainment label mates, Big Bang. This song partnership set off media and social chatter. People were hailing 2NE1 as the female counterpart to Big Bang. Since then, they have established their own group and solo identities, but at times those comparisons to Big Bang are still brought up.

Getting your name out there and into the public conscious is hard to do in today’s K-pop environment. With increasing noise coming from all directions, marking your entrance and leaving any sort of impression with the audience is difficult. A large portion of the audience is already watching out for their favorite idols who seem to be sticking around longer in the business. It is no wonder that this tactic of featuring established artists has been gaining more traction with rookie debuts. Fans have more incentive to listen and give their time to acts that have already proven themselves. Instead of going through that hurdle of getting a fan to give an unknown name a chance, featuring a well-known artist is a savvy move. It certainly piqued my interest to give some relatively newer groups like HIGH4 a chance. What featured artists have gotten you to listen to a rookie or relatively unknown act?