The Making of a National Group

A Pink has been in the spotlight lately sweeping the past week’s music broadcasts with wins for “Mr Chu”—and almost inevitably, they have been accorded praise as “#0 as the national girl group,” whatever that is supposed to mean. Equally unsurprising is the wave of netizen comments expressing their bafflement that A Pink could even be considered a ‘national girl group’ in comparison to the current girl group giant Girls’ Generation, or groups of yesteryear like S.E.S and Fin.KL. What exactly is it about the weight of a title like “national group” that separates them from other run-of-the-mill, relatively popular K-pop groups?

The title “national group” confers a certain weight and prestige to a group’s name and reputation. By crowning a group as a “nation’s boy group” or “nation’s girl group”, it is a stamp of public acknowledgement of the group’s prowess and celebrity power within the country. A group can be popular in terms of having a dedicated fanbase, or well-regarded among the public, but still not be considered a national group because it is considered to lack a certain je ne sais quoi that elevates it to true “national” status.

Just looking at several widely-acknowledged nation’s groups such as Girls’ Generation and Big Bang there are several common factors that make them more similar than different. One hit song that reaches national popularity does not a nation’s group make—only by continuing the momentum with an equally well-regarded follow-up single is a group going to have a hope at cementing its status as a national group. SNSD achieved it with the double-whammy of “Gee”, K-pop’s favourite cutesy anthem, and “Tell Me Your Wish”, making the marine girls of SNSD a nationally recognised icon. With a steady stream of hits following, from “Oh” to “Hoot”, SNSD rocketed to the top while sweeping awards and CF offers left and right.

On the other hand, while the Wonder Girls might have ruled the airwaves, television screens and hearts of the public back in 2008 with “Nobody” and “Tell Me”, their extended hiatus in Korea in favour of American expansion lost them a lot of celebrity power in Korea. Although no one is going to dispute the valiant effort that was Wonder World, other, newer groups have come in while the Wonder Girls were gone and it showed. 2NE1 roared onto the girl group scene in 2009 with the hugely successful “Fire,” groups like SISTAR were on the rise and SNSD did not seem to be slowing down. Thus, even if the Wonder Girls are considered a “nation’s girl group,” the longevity of that title seems to be in question given their current, indefinite group hiatus. 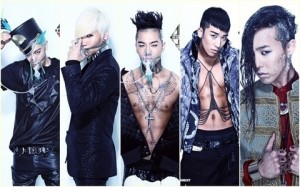 A large, diverse fanbase is also necessary in order to truly be considered a nation’s group. After all, no nation comprises solely teenaged girls, and the K-pop idol group that manages to break out of merely targeting and appealing to this demographic is primed for public recognition as a worthy group. Big Bang is probably a good example of a male group who appeals to both female and male fans, teenaged to adult, without overly alienating any particular group of fans. Their mainstream successes with “Lies” and “Haru Haru” might be enough to cement their status as a national male group, but if anything testifies to the strength of the band’s name among the general public it has to be the comeback—in the truest sense of the word—Big Bang made with the appropriately-named Alive and Still Alive in 2012 after a tumultuous 2011.

However, it will also be fair to say that the criteria and standards to become a “national boy/girl group” evolve with each generation of idols that come out. The first-generation giants such as H.O.T and S.E.S faced a very different market compared to the one we see today, and the same even applies to the second-generation idol groups such as DBSK and SNSD. Given the fast-paced, change-is-the-only-constant nature the K-pop machine operates on, nowadays groups come and go with more whimper than bang, and it is safe to say that without a national hit song right out of the gate, a lot of popular groups appear to be “treading water” in having recognition and/or popularity, but without that extra push out of top or second-tier status into the one above. 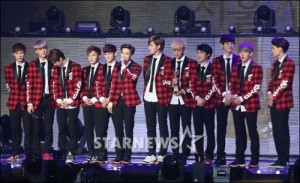 Then again, it takes a monstrous combination of company resources, timing and luck in order for a rookie group to even make a significant splash in the K-pop scene, much less become a “national group.” Even rookies from the Big Three do not necessarily find success with debut—while 2013 might have been EXO’s year in sweeping daesangs, smashing record sales and generally becoming a lot more recognised with “Growl,” their 2012 debut with “MAMA” in comparison pales in term of the (relative) flop it was, given the amount of resources SM Entertainment appeared to have invested in them. (Kudos for the CGI in the “MAMA” MV though.) As for YG and JYP’s offerings with soon-to-debut Winner as well as GOT7, it is currently too early to tell exactly how big these groups will become, and if they will one day surpass their company seniors and contemporaries.

Thus, it is probably not outlandish to conclude that it is definitely more difficult for a group to achieve national group status nowadays than it was in the past. It appears to be an endeavour of exponential difficulty, and with the K-pop industry looking to be more and more over-saturated in the coming years, mere survival has become a veritable battle royal without throwing in the complexities of achieving both the long-lasting popularity and public recognition required to become a national group. Also, with all the globalisation Hallyu aspires towards, is being a national group enough nowadays, or would a group be better off aspiring for “international group” status to become as instantly recognisable over the world as PSY and his horse-dance?

What are some third-generation idol groups you see poised to become possible national groups?